On February 23rd, 2011 I finished hiking the 48 - 4,000 footers of New Hampshire during the winter.  It took me two years to complete this goal, hiking twenty four peaks in the winter of 2010 and then twenty four in the winter of 2011.  Being new to winter hiking it was quite a challenge and pretty awesome experience.  I had good weather with great views on a majority of my hikes over vastly different trail conditions...packed snow, boilerplate snow, crunchy snow, and of course a few feet of unbroken snow on a couple of occasions.  After my first round of the winter 48, I continued hiking during the snowy months, even completing a single season winter 48 in 2015.

Next up was slowly picking off the remaining nineteen peaks outside of New Hampshire to complete the New England 67 4,000 footers, these include five in Vermont and fourteen in Maine.  The Vermont Peaks are relatively straight forward, most of them are short and the five of them can easily been done within a few days.  The Maine peaks are whole different story, outside of Old Speck, most are remote and very challenging, as they do not see much hiker traffic during the winter.  In 2015, I slowly started hiking my way through the Maine peaks in the winter.  I had great company on all of my hikes, my girlfriend Whitney and our friend Tim were there for all but one (Old Speck), and our friends Kyle, Matt, and Pam also joined in for quite a few along the way too.  Finally, On March 6th, 2017 I finished hiking all the 4,000 foot peaks in New England in winter on North Brother with Whitney and Tim.  It was a fun and challenging journey that I will always look back upon fondly. :) 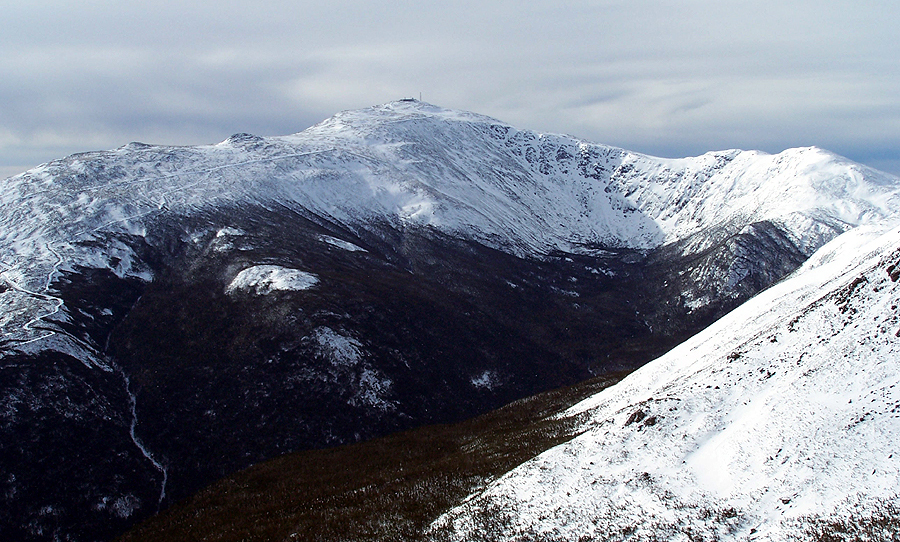 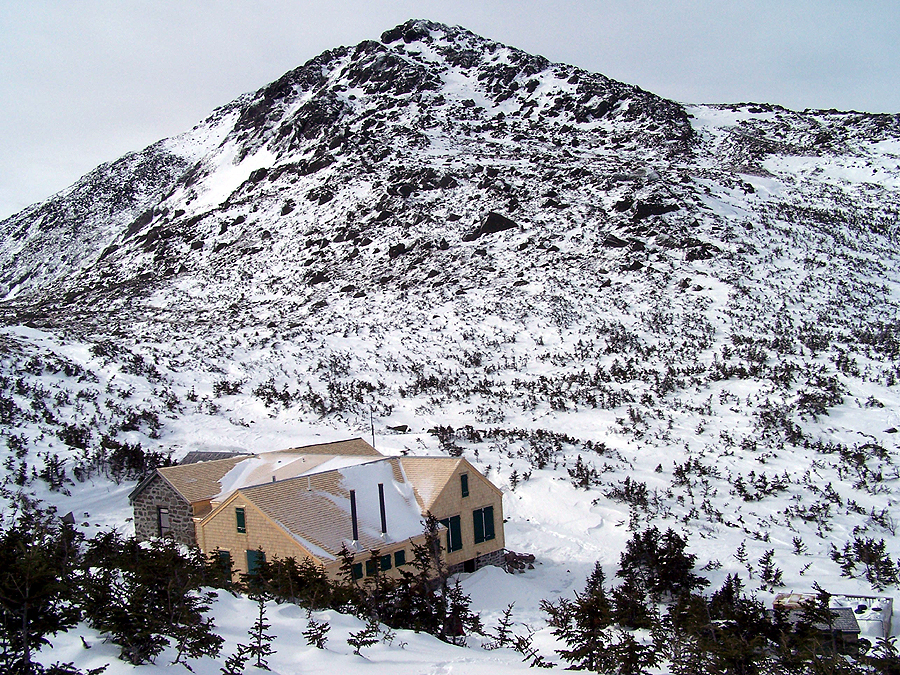 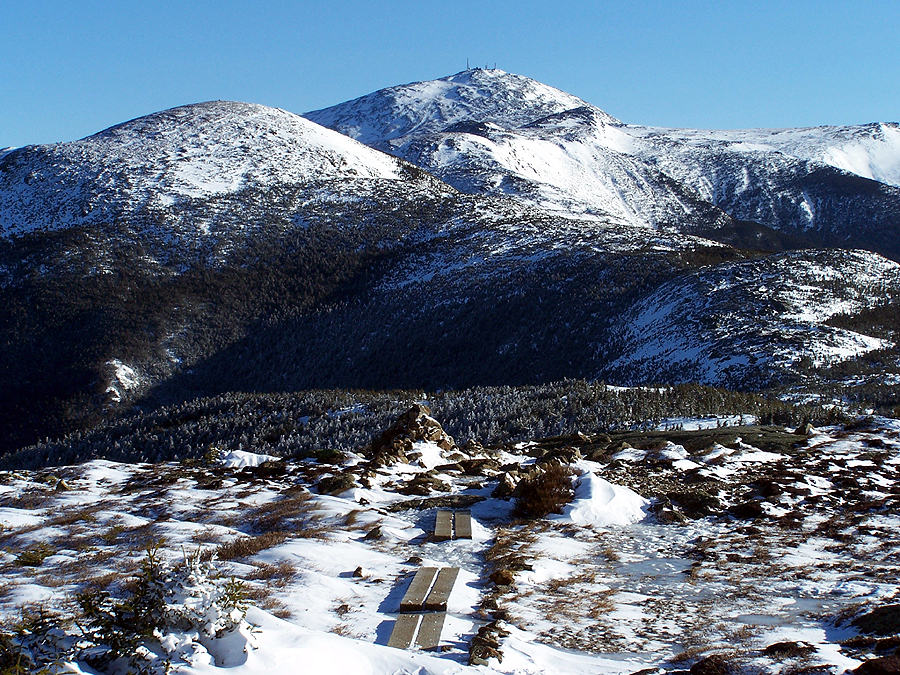 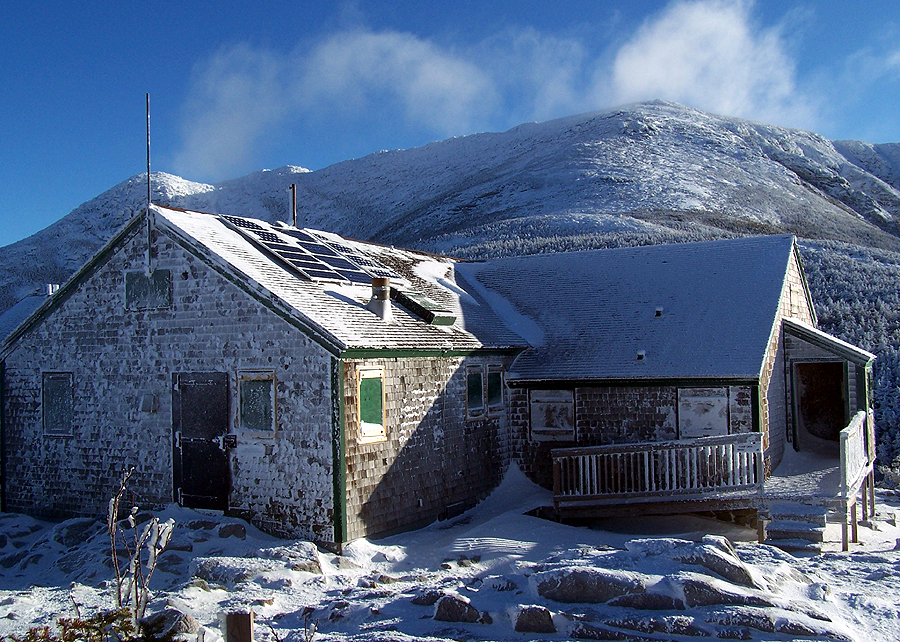 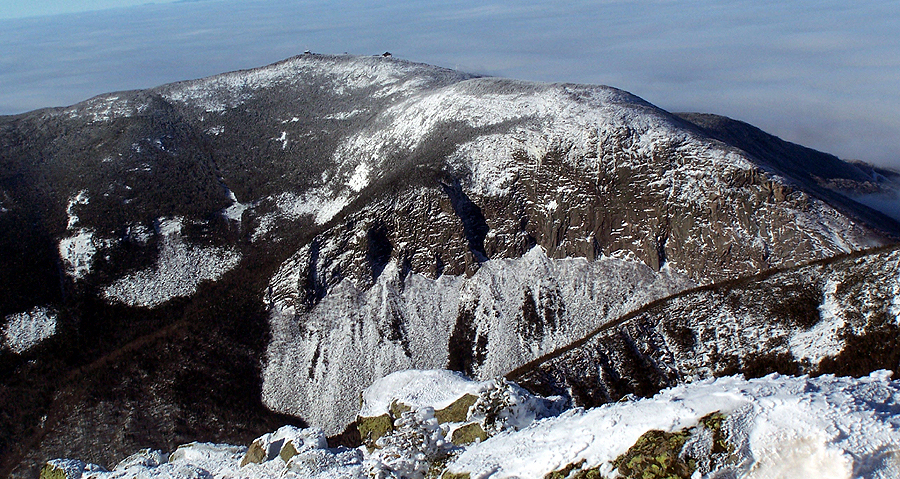 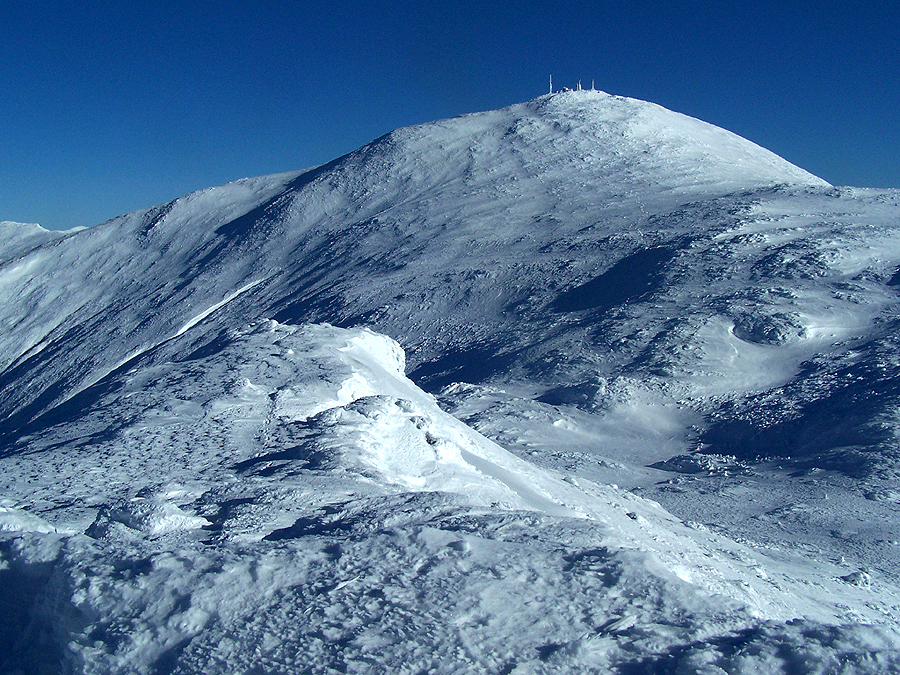 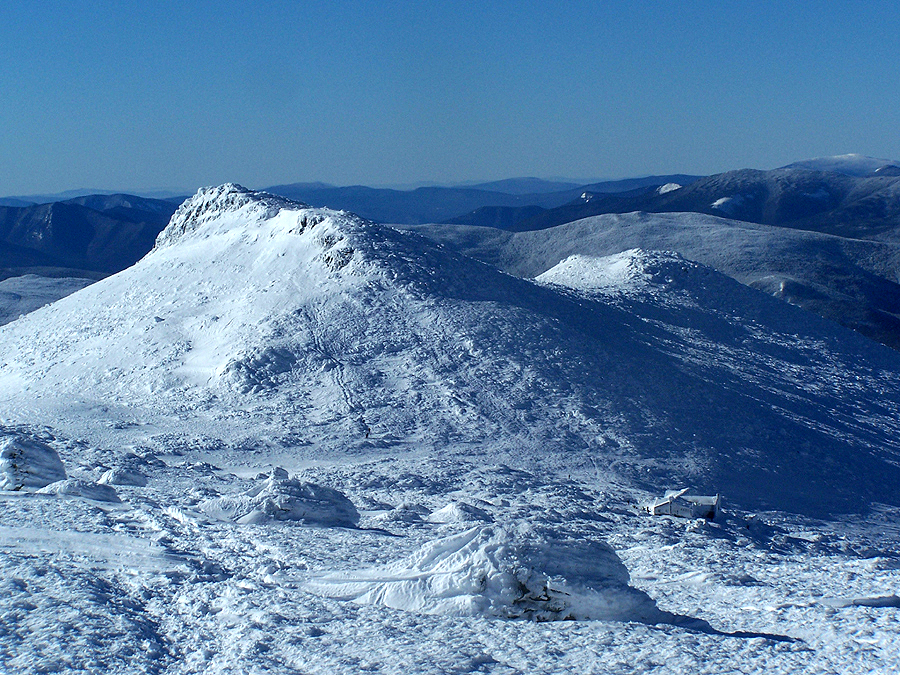 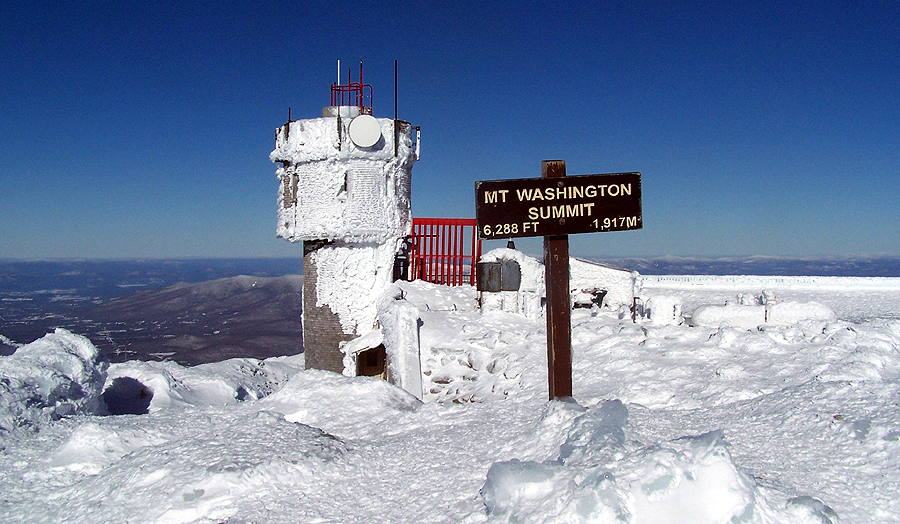 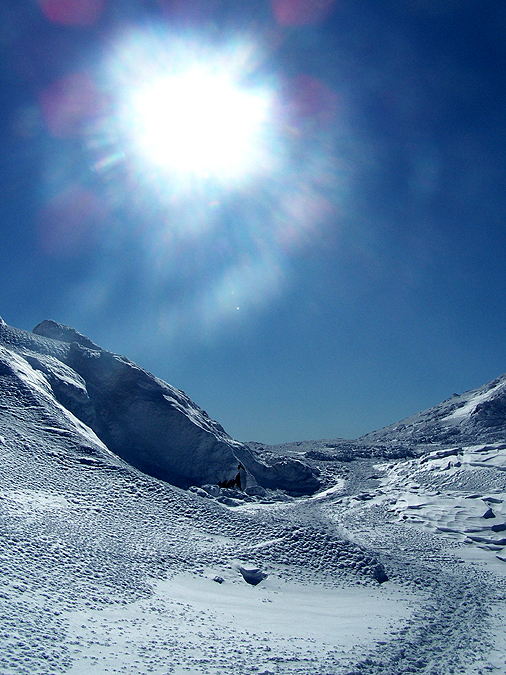 Solar Shower at Lakes of the Clouds on the Crawford Path 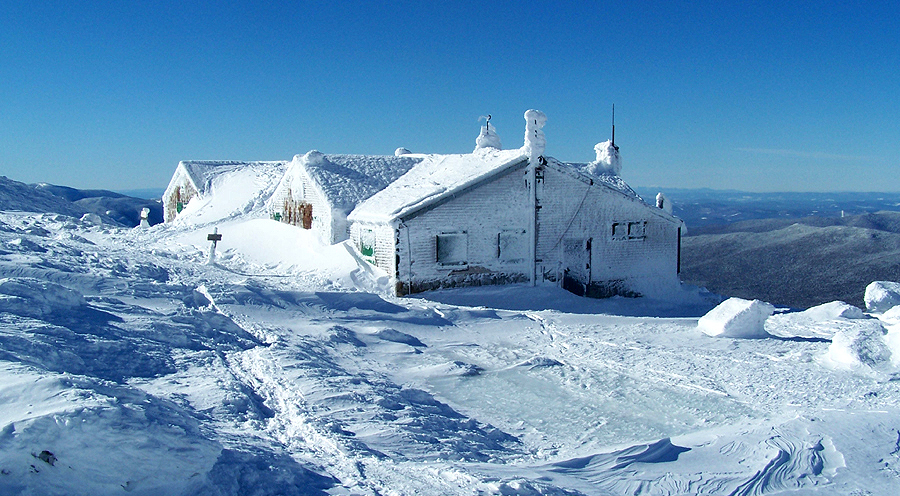 Lakes of the Clouds Hut 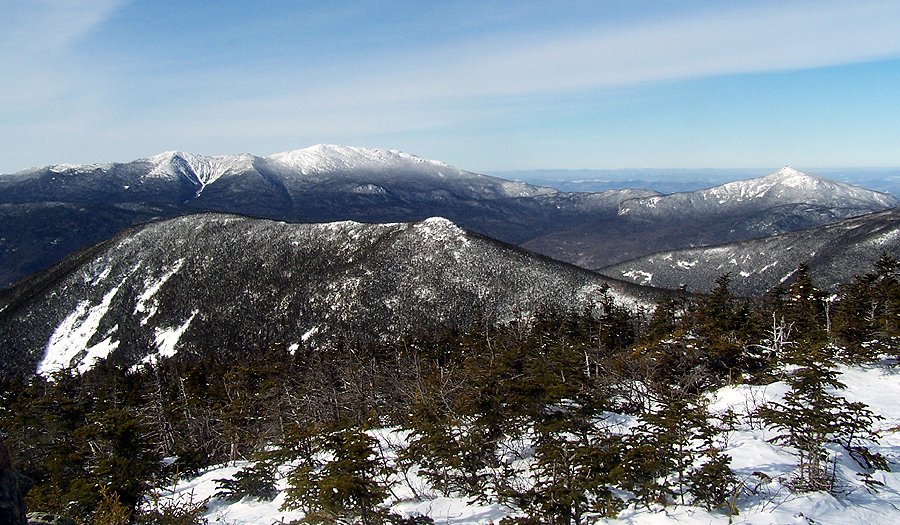 Owl's Head and the Franconia Ridge 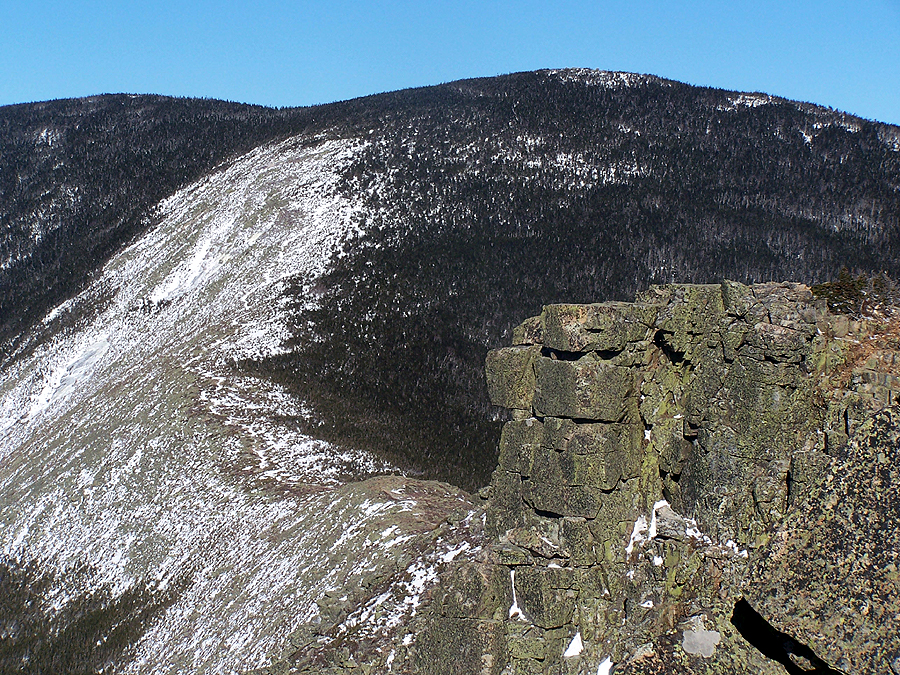 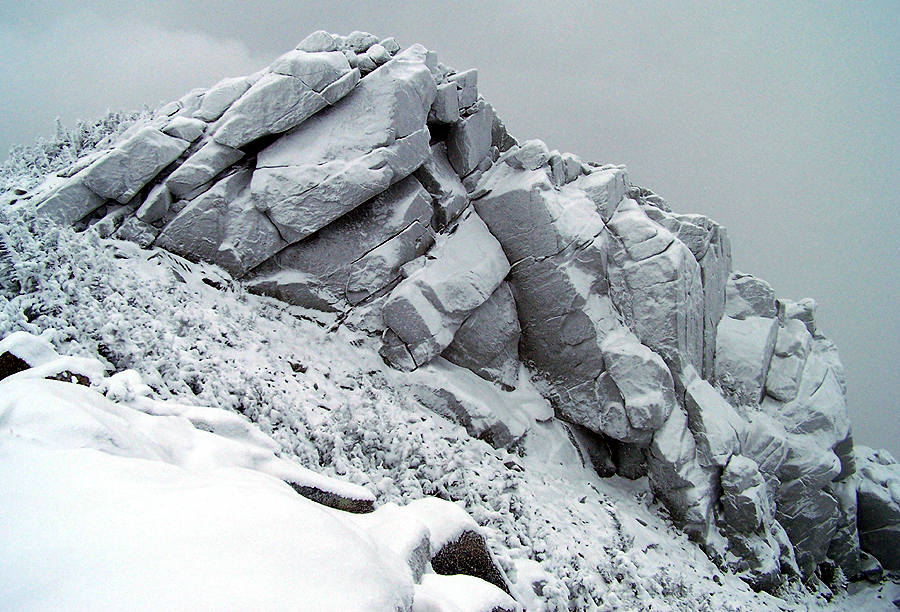 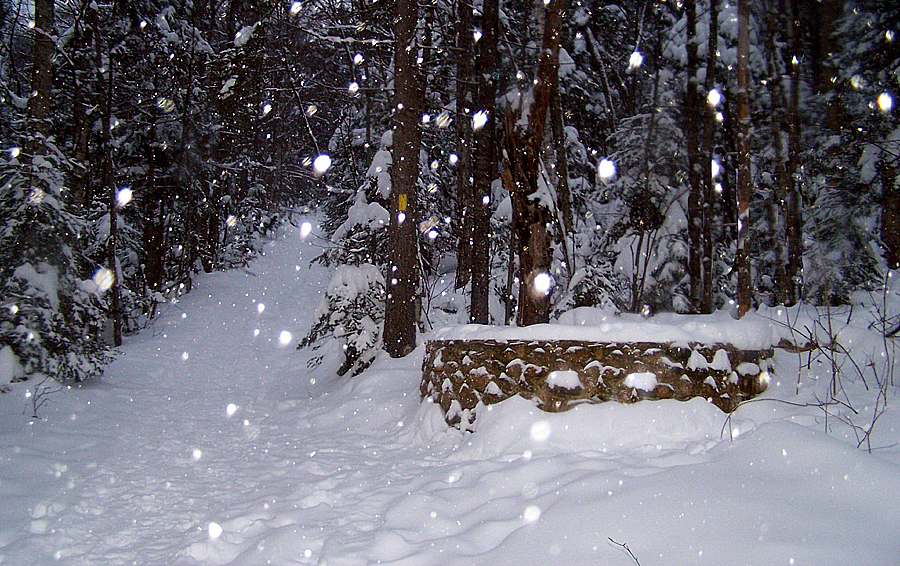 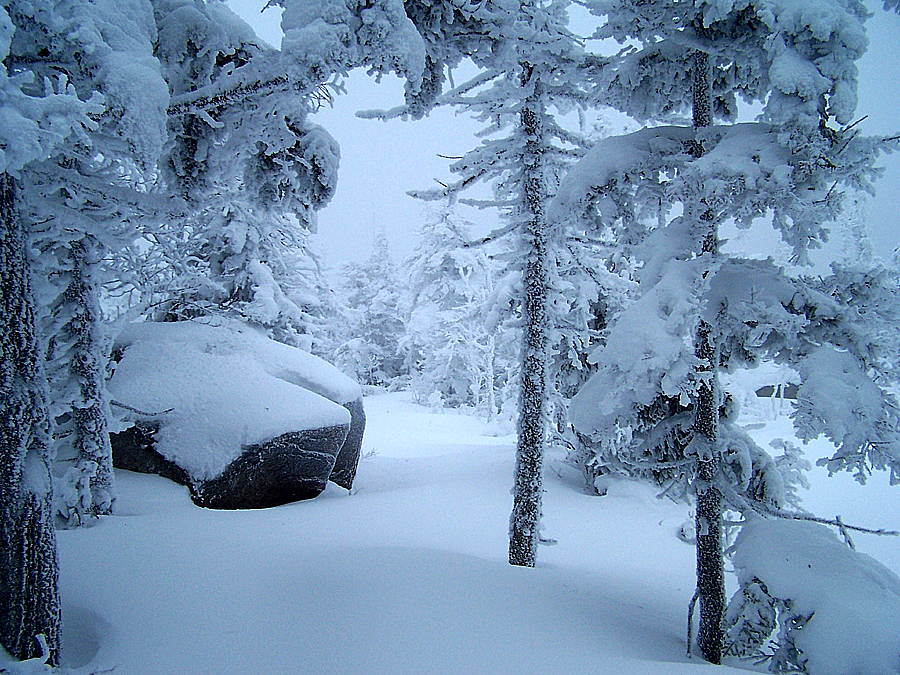 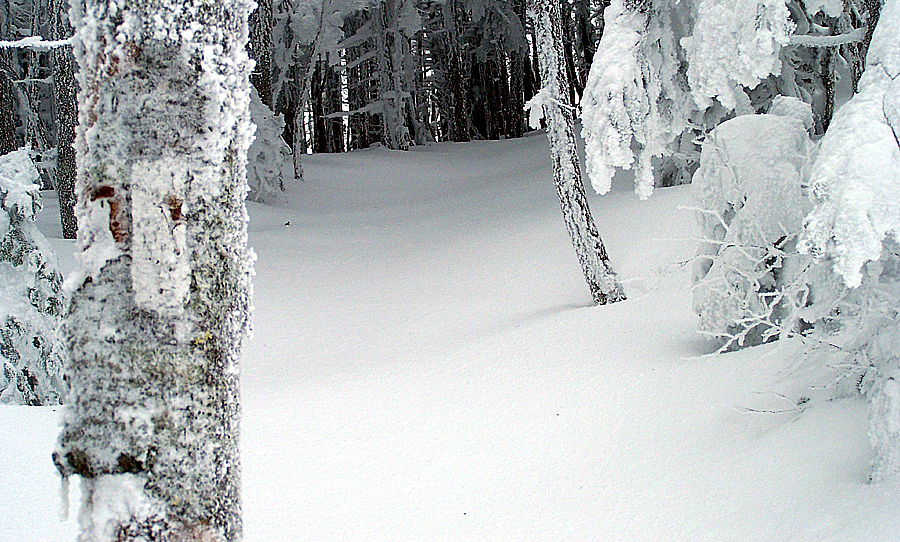 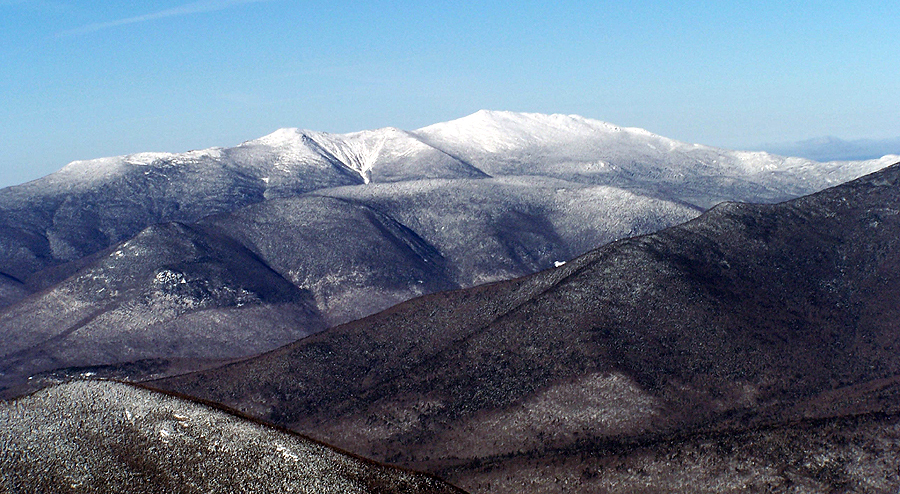 The Mount Washington Hotel and the Presidential Range from Route 302 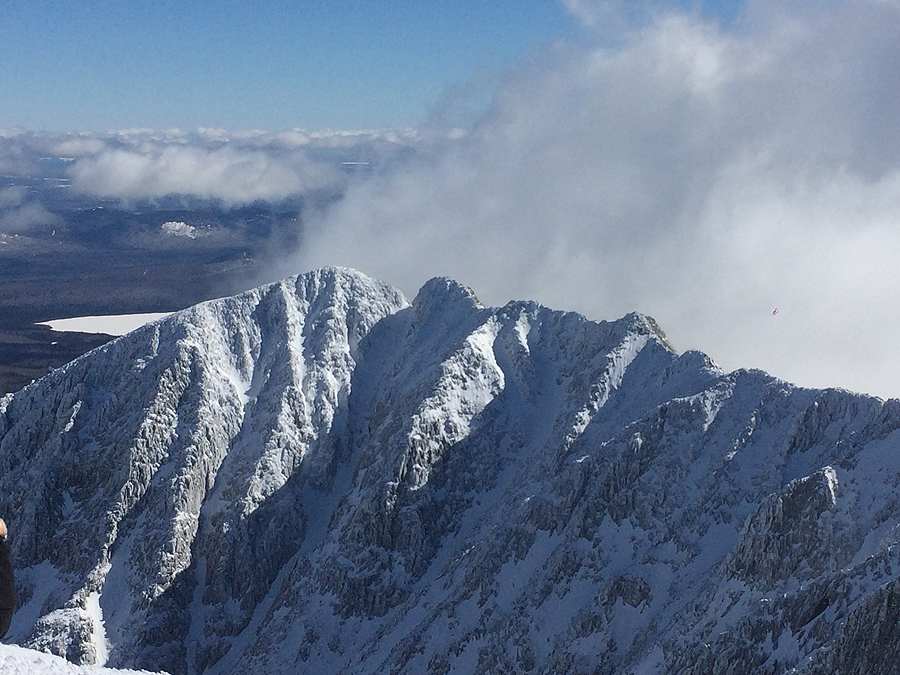 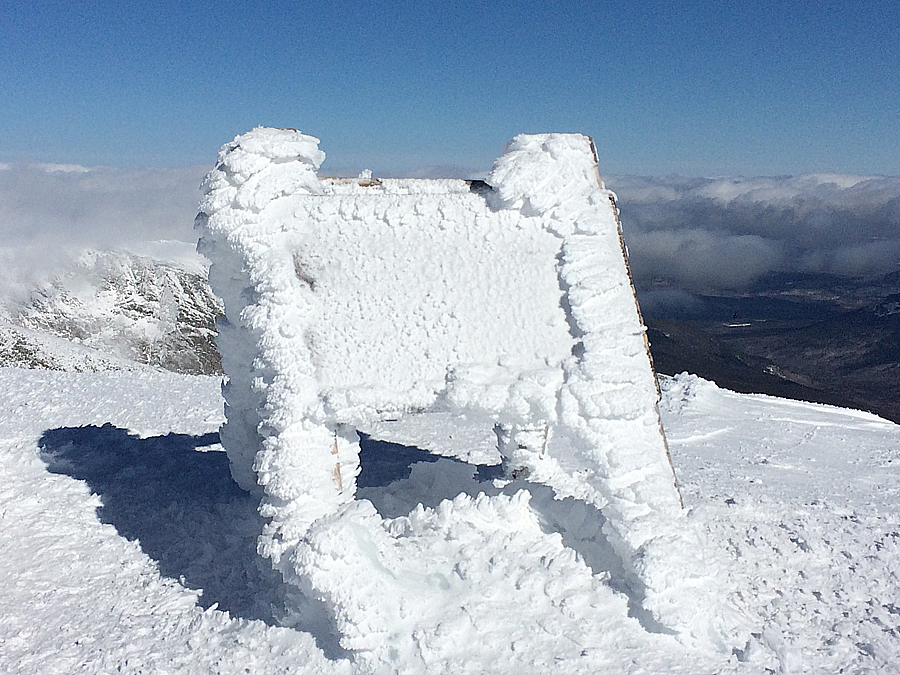 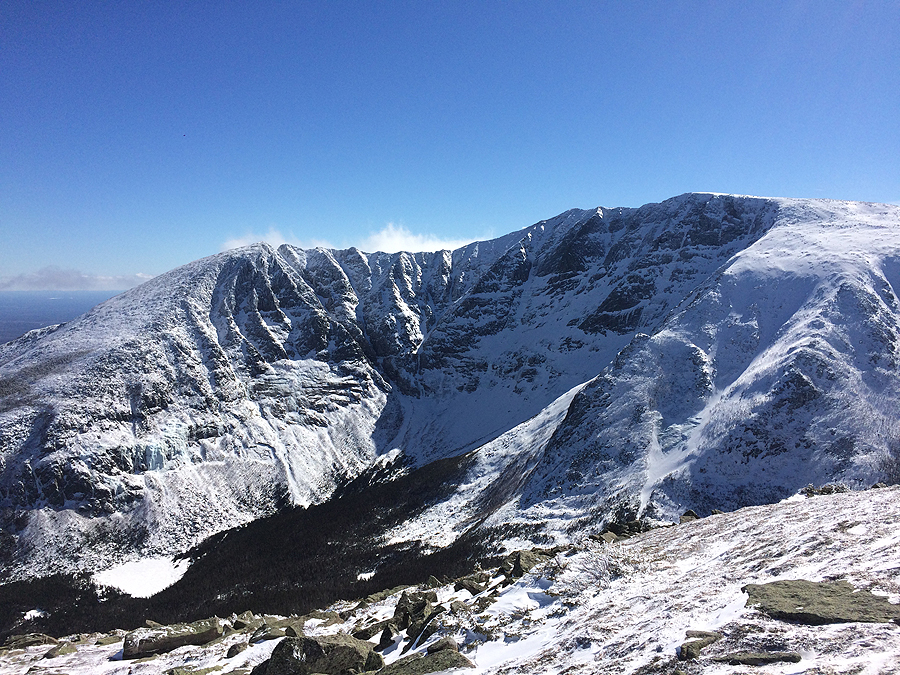 Chimney Pond and the Knife Edge as seen from Hamlin Ridge 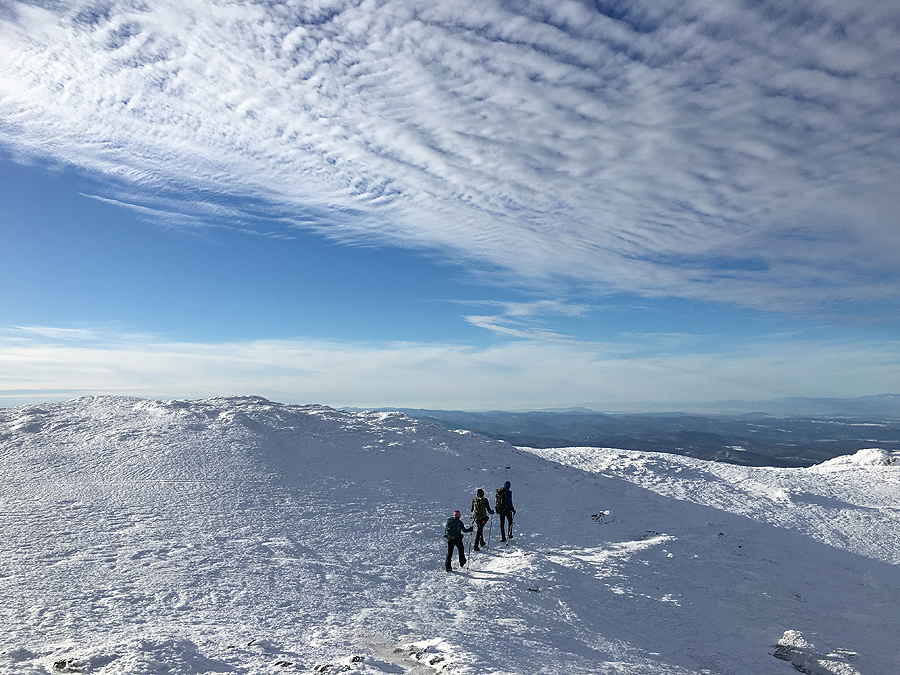 Hiking above treeline on Mount Mansfield 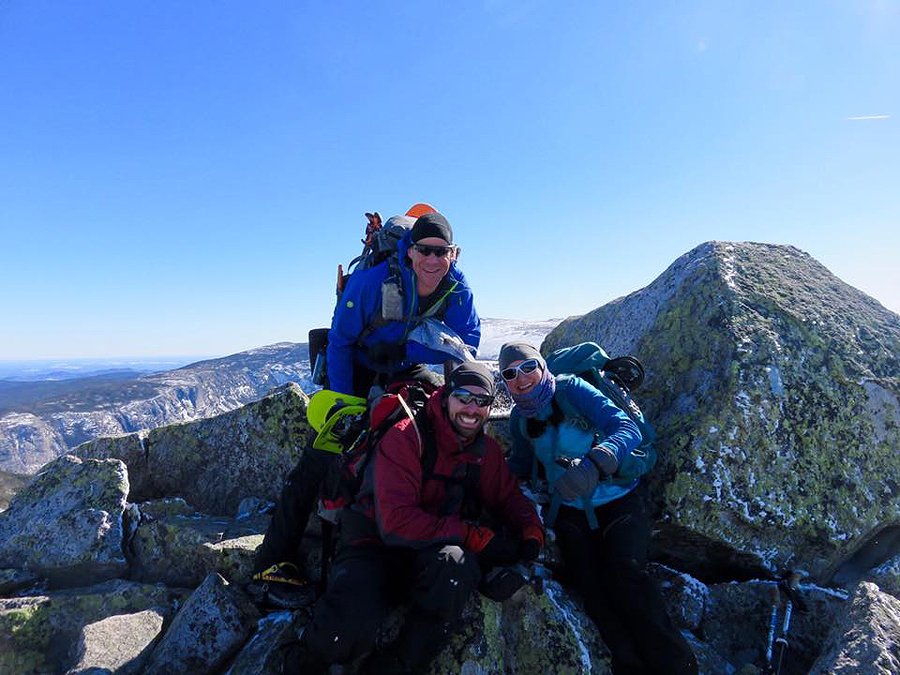 Whitney, Tim, and I on our final peak, North Brother 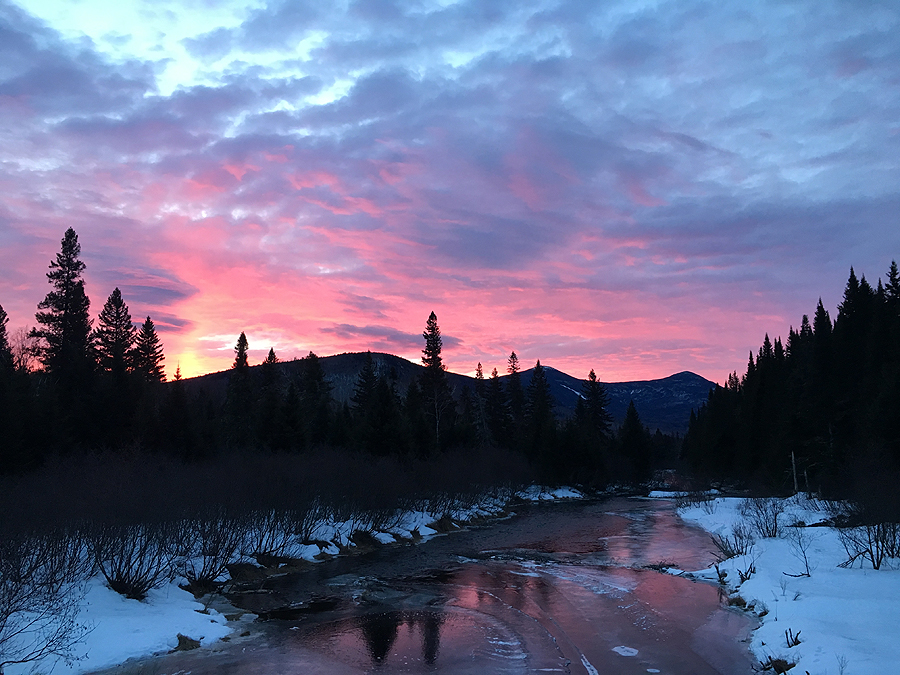 Sunrise from Nesowadnehunk Stream the day after our finish