Trip Report:
- Whitney kicked off winter with a bang by finishing up her Winter 48 - 4,000 footer list on the summit of Wildcat 'A' Peak.  Going into the day she only had two left, the other being Wildcat'D' Peak.  Joining in on the hike was Kyle, Denise, Kim, Barbara, and Mike.  We also celebrated Kyle and Denise's birthdays on the summit of Wildcat A as well.
- Whitney, Kyle, and myself ended up doing a Wildcats & Carters Traverse, while the other descended back down to the cars after hiking the Wildcats.
- We started off by hiking up the Polecat ski trail at the Wildcat Ski area.  If you are a hiker you now have to pay $10 for slope access to reach Wildcat D Peak.  Passes can be purchased inside the main building.  If you don't want to purchase a pass you can hike up the Wildcat Ridge Trail from Pinkham or do an out and back from Carter Notch avoiding the ski trails.
- We hiked up Lower - Middle - Upper Polecat trails and had pretty great views of the ravines of Mount Washington while ascending.  We started early enough that we didn't see any skiers until the last mile or so.  The conditions for skiing were pretty good as they zoomed by us down the mountain.
- Once we hit the top of the ski slopes we made the short steep burst up to the true summit of Wildcat D where there is an observation deck.  From here we hiked the numerous up and downs along the ridge which were buried in snow with lots of overhanging branches that were weighed down from the snow.  The footing is a lot easier through this section in the winter with all the rocks beneath the snow so we made good time over to Wildcat A.
- At the summit we celebrated Whitney's finish and Denise and Kyle's birthdays with yummy cupcakes before dropping down into Carter Notch.  The descent down is one of the steeper ones in the Whites and we had fun butt sledding in places and quickly made it down to the Nineteen-Mile Brook trail junction where we went our separate ways.
- Before heading up to Carter Dome we took a little break at Carter Notch Hut to warm up.  It had been a long time since I hiked up to Carter Dome, usually I'm descending it, and the first half mile is excessively steep!  With the deep snow pack hikers butt slide down this section.  We ran into a few and made sure to step off the trail letting them slide on down.  Along the way we ran into our friend Inna who was with a meetup group.  From here on out we only ran into one other hiker heading to South Carter so we had the whole ridge to ourselves.  Everything was broken out and packed down well the whole day making for good footing, which was great since this is a butt kicker of a hike with the numerous PUDs and the steep ascent and descent to Carter Notch jammed right in the middle.  The only obstacles of the day were the trees that were hanging all over the trail from being weighed down, Whitney hit her head and so did Mike, who drew blood.  The rest of us took indirect shots but we all made it out ok and had a blast.
- At the end of the day we saved mileage by cutting through Camp Dodge, it's a heavily used shortcut in the winter so consider using it if you are hiking the Carters.
- We made it back to the car just as it got dark and ended up heading to Red Fox for a yummy dinner to celebrate Whitney's Winter finish! 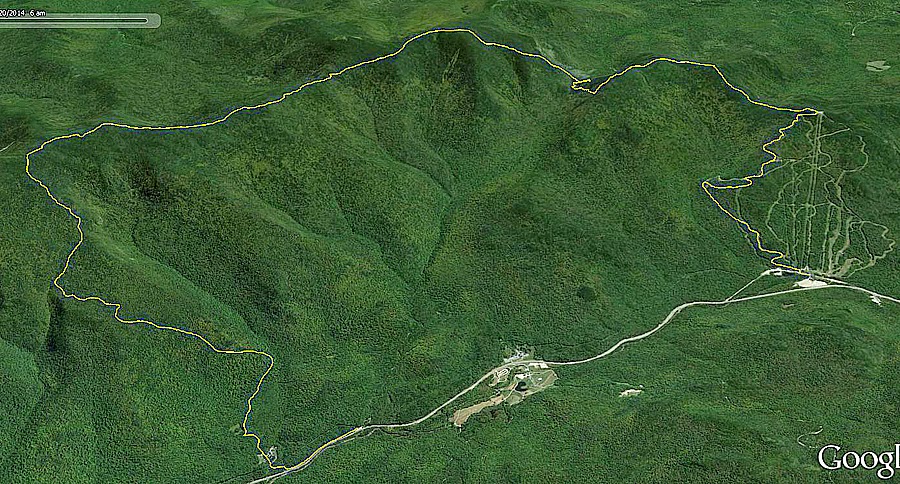 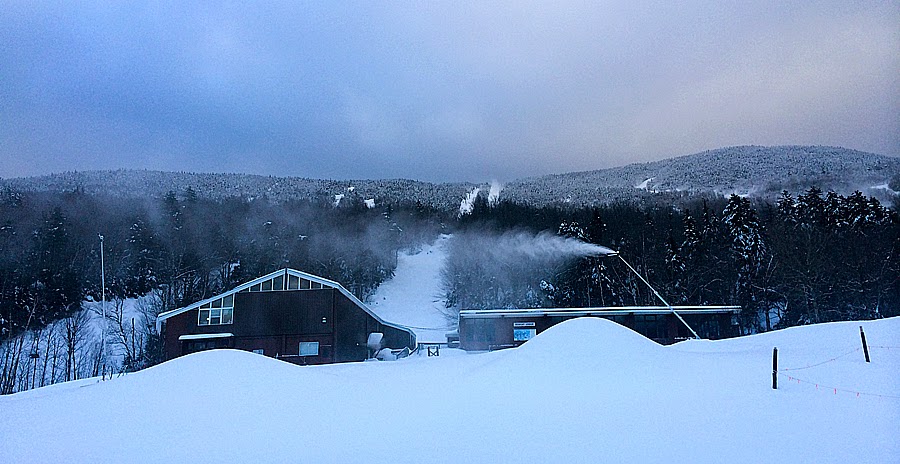 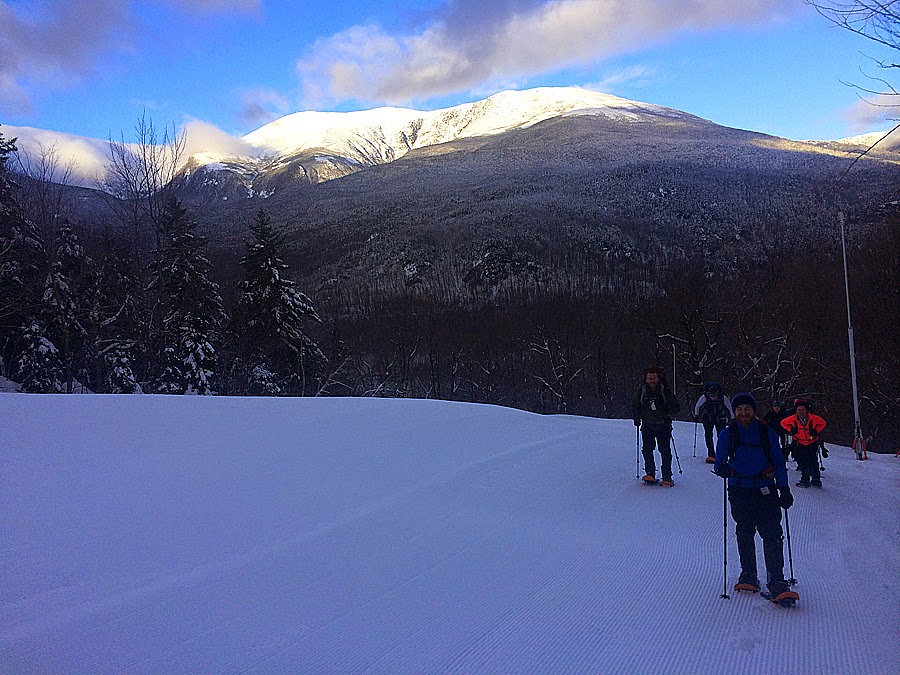 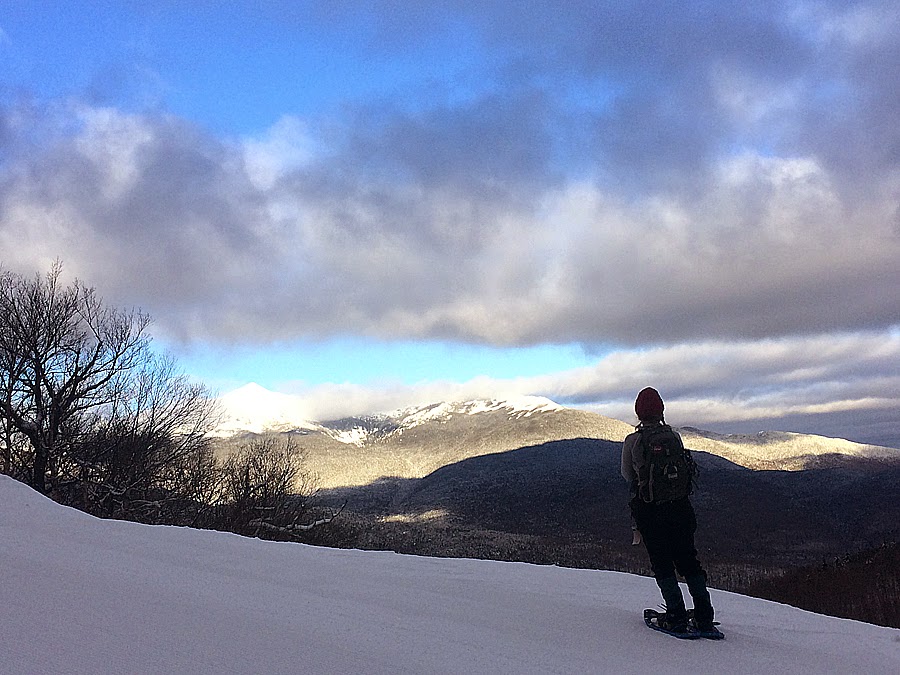 Denise taking in the view over to Mount Madison and Adams 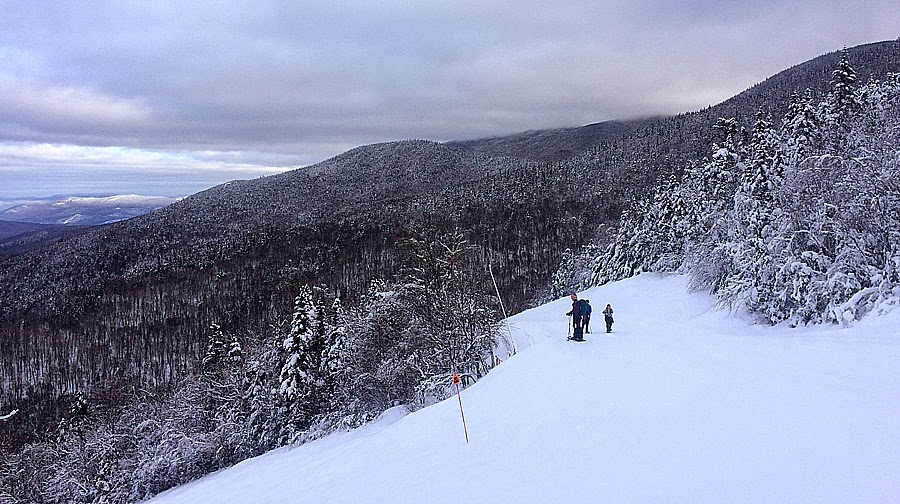 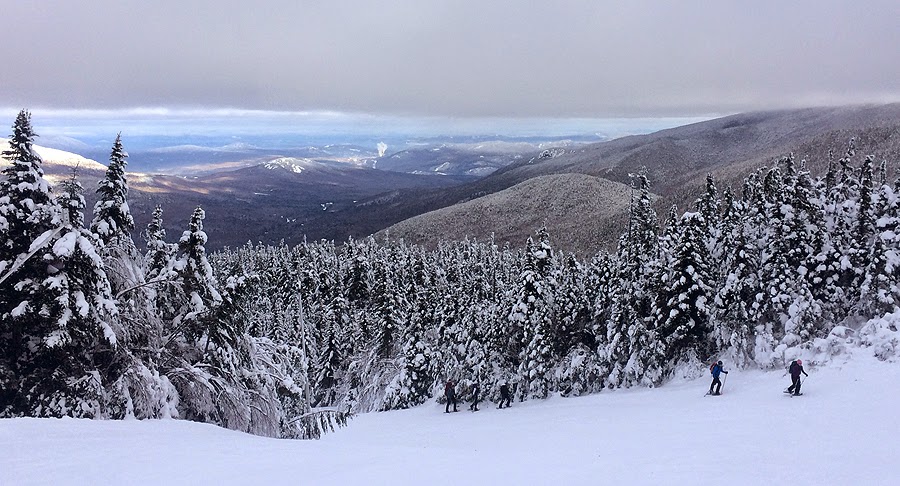 Making our way up to Wildcat D Peak 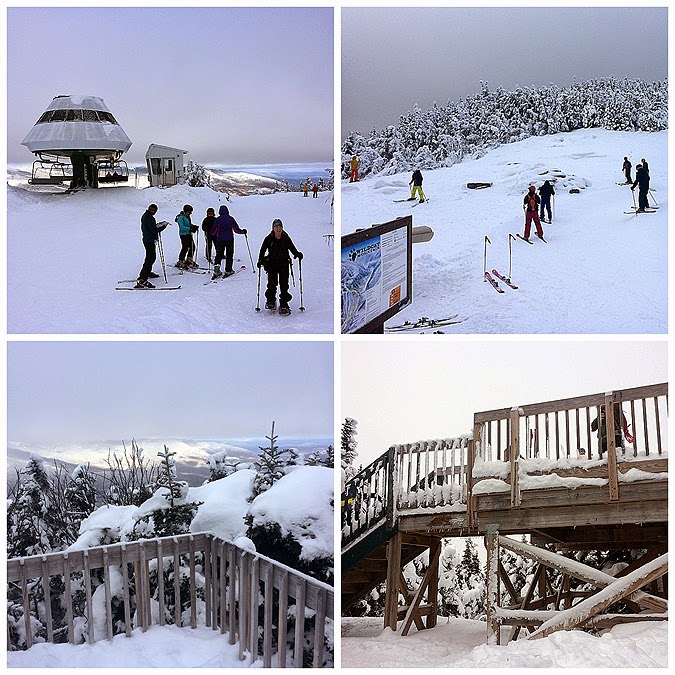 Mingling with the skiers and heading to the summit tower 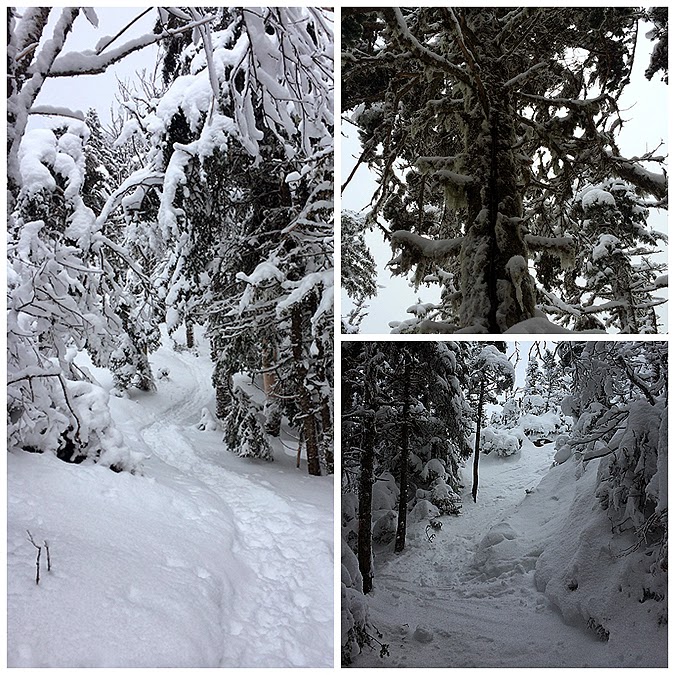 Along the Wildcat Ridge Trail 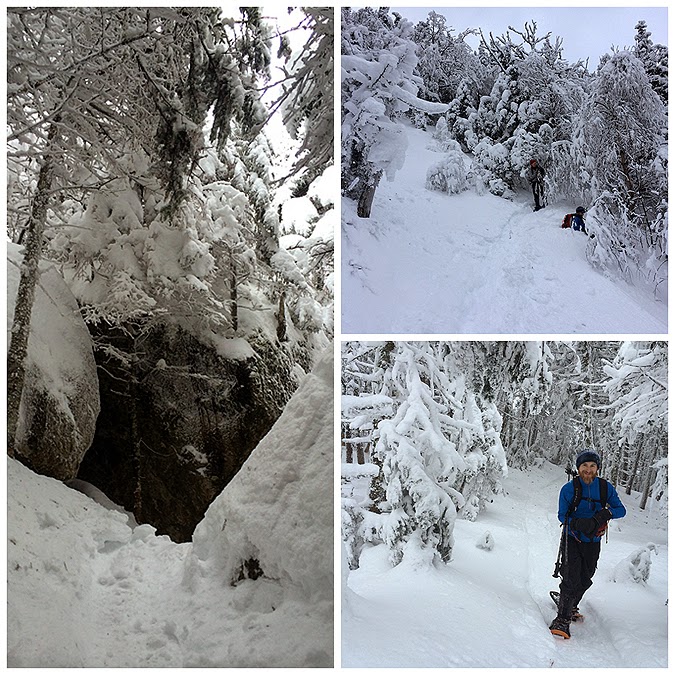 Kyle makes his way through the ridge 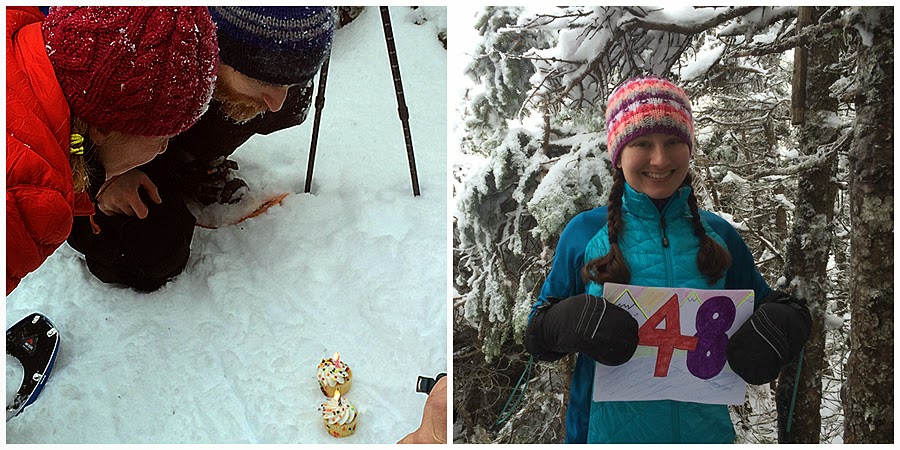 Congrats to Whitney and Happy birthday to Kyle and Denise 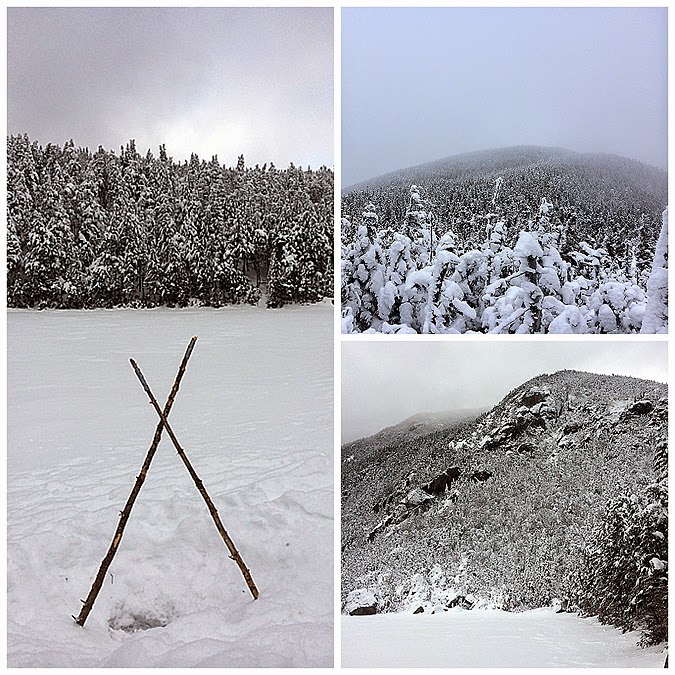 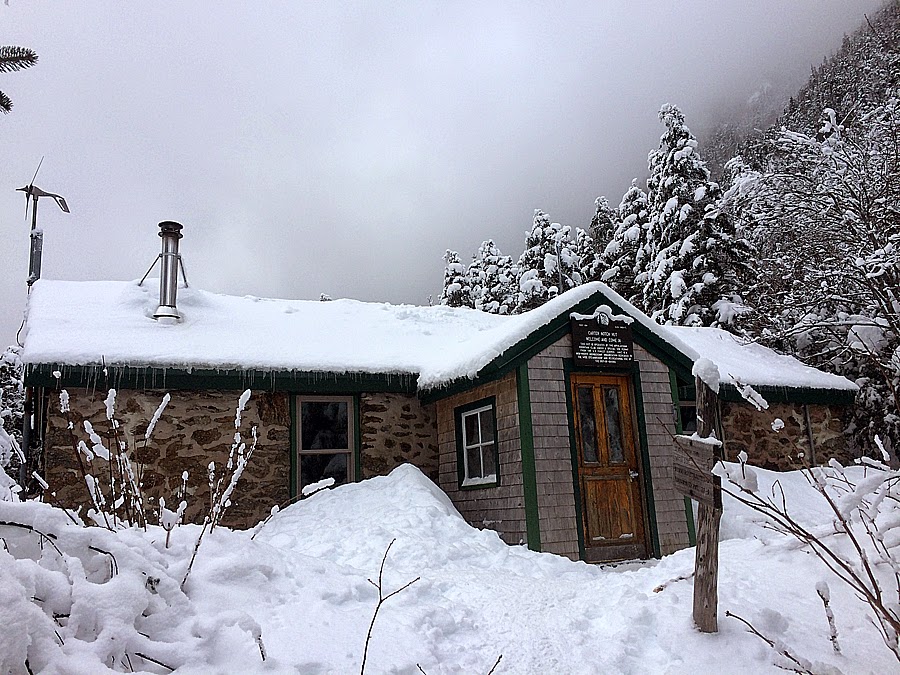 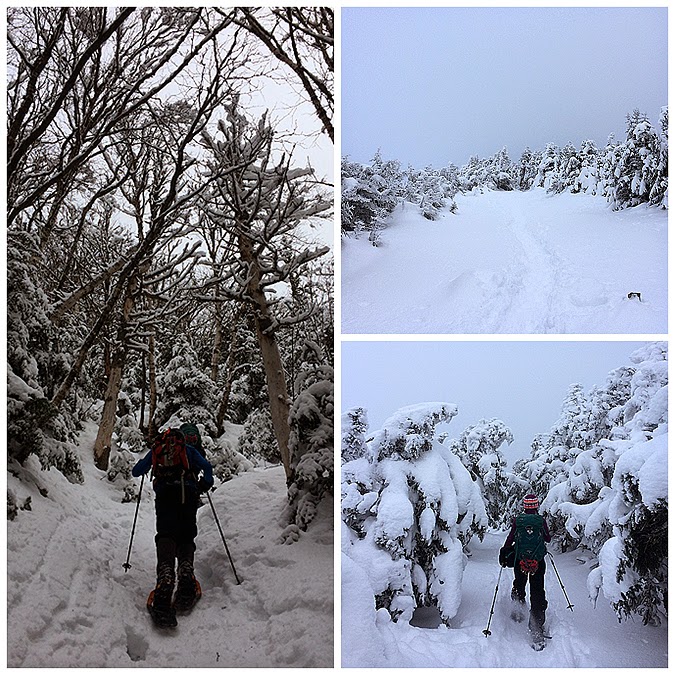 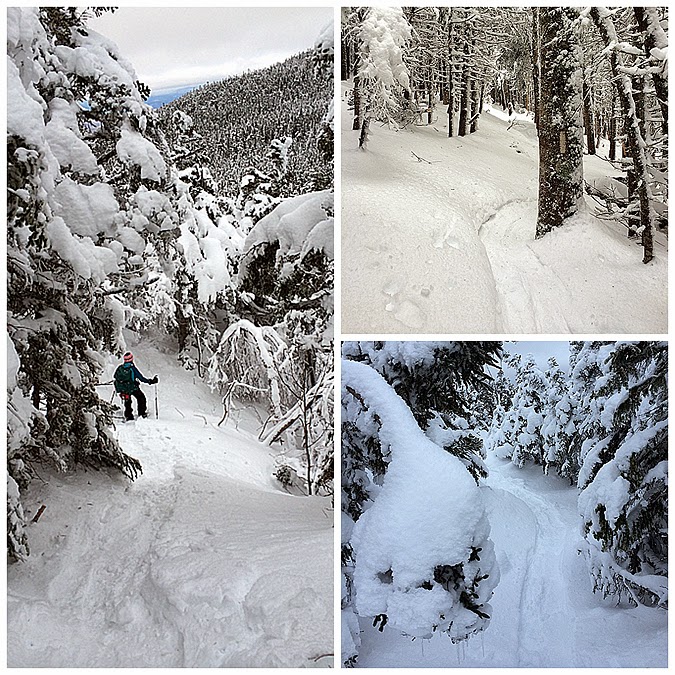 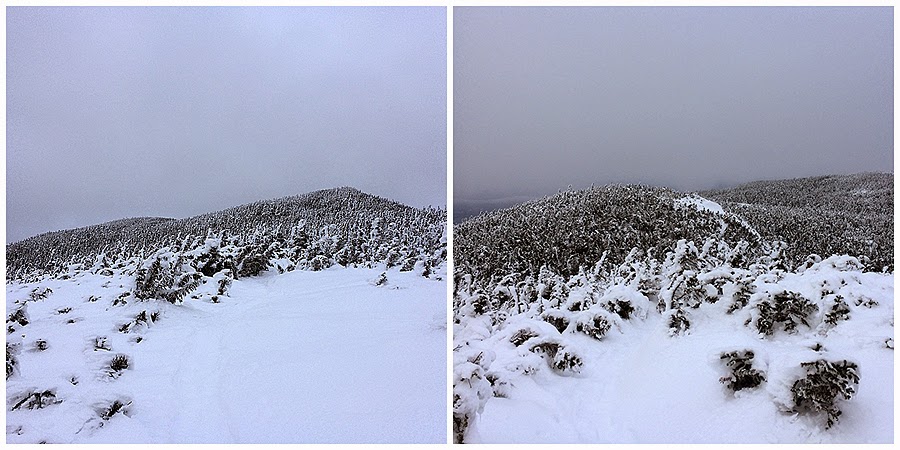 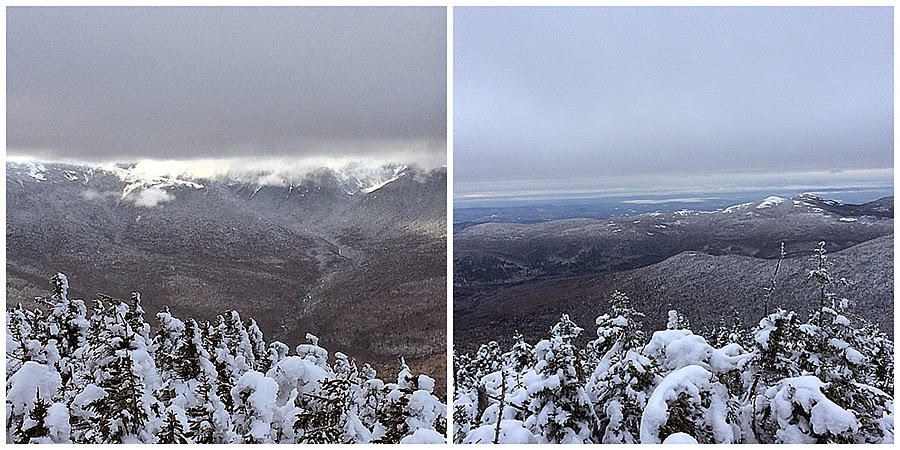 To the east is the Wild River Wilderness and the Baldfaces.  To the west is Pinkham Notch and the Presidential Range 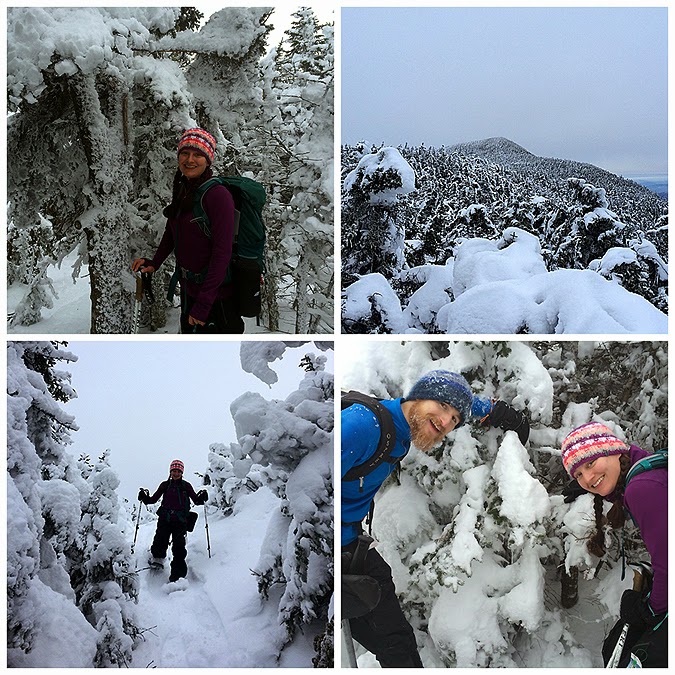 Middle and South Carter have wooded summits right off the side of the trail.  If you're not familar with the spot you would walk right by them! 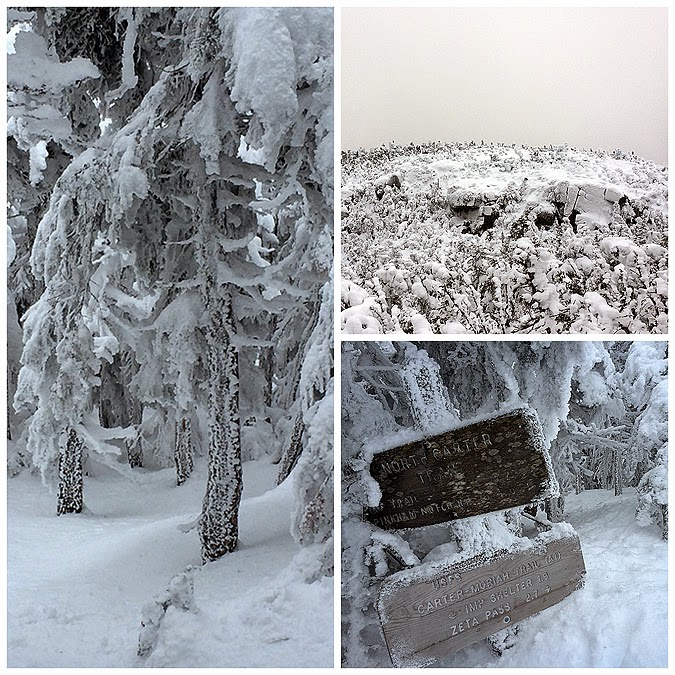 Heading over Mount Lethe to the North Carter Trail Junction 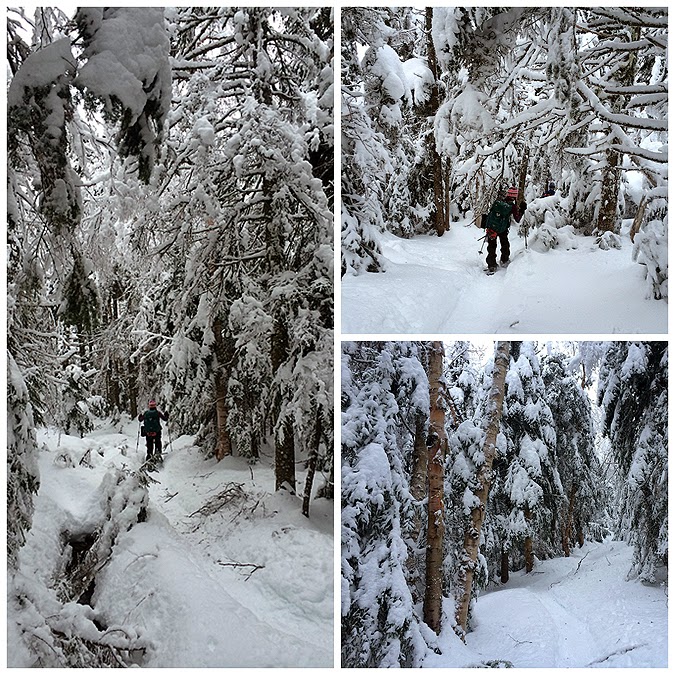 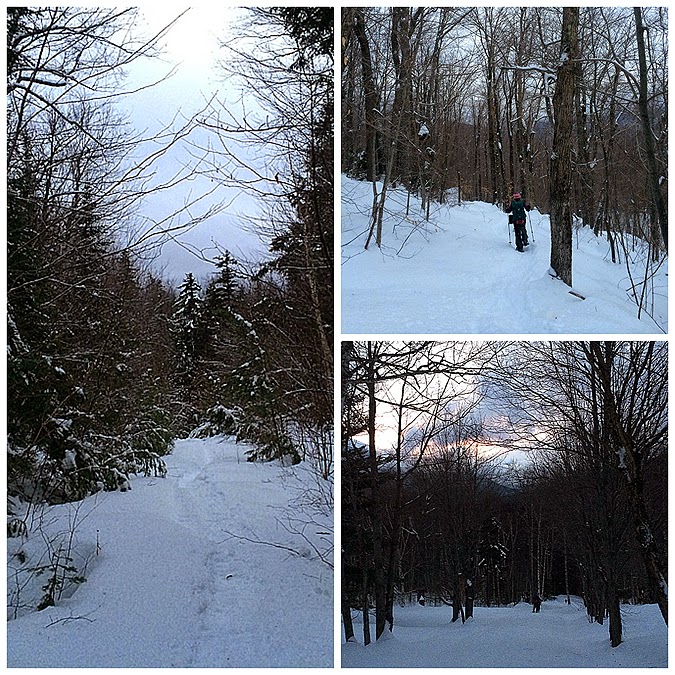 Making out way to Camp Dodge 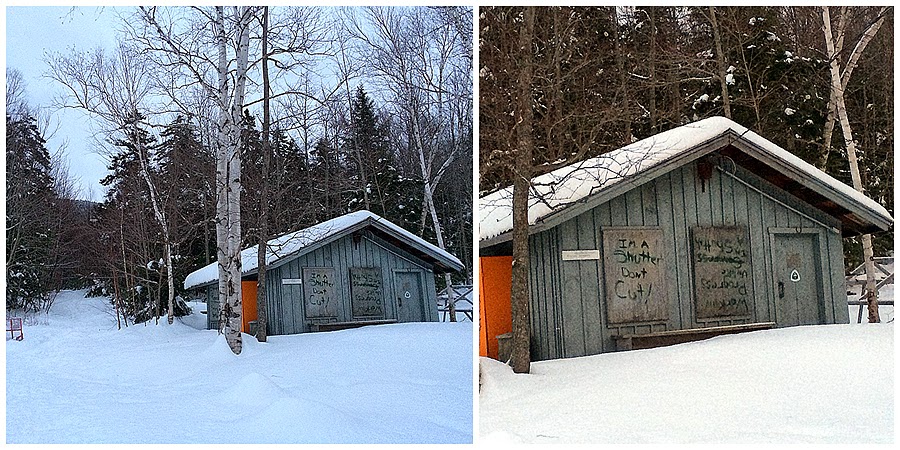 Camp Dodge
Posted by Chris Dailey at 11:21 AM