Doubling Down on the Moats

Trip Report:
- On Saturday, I took full advantage of the excellent weather to do a double traverse of the Moat Mountain Range.
- Trail conditions varied from dry down low, to very icy on the mile leading up to North Moat, a few inches of snow between North and Middle Moat, with ice on the approach to Middle, and back to dry conditions over to South and down to Dugway Road.  My old beater microspikes came in very handy for the North Moat ascent and descent.
- My goal for the day was a sub 6 hour double traverse, I was able to accomplish this by coming in at 5 hours 17 minutes, 26 seconds (2 hours 33 min 56 sec North to South / 6 min break / 2 hours 37 min 48 sec South to North) click here for Strava data.  A future goal for this is a sub 5 hour in dry conditions sometime between late Spring and early Fall.
- For hikers who have never experienced the Moats, it has some of the best views around, especially this time of year where you can look north to the Presidential Range and admire the snow capped mountains from any of the three peaks.  Even though these peaks are just over 3,000 feet, the views are better than half of the higher peaks on the 4,000 footer list, so it's a must do hike and a most re-do hike.
- My personal favorite route is the standard traverse, but if you can't get a car spot, try an out and back of South Moat, or do a fun loop hike up the Moat Mountain Trail to North Moat and then descend the Red Ridge Trail.  Red Ridge Trail is a great hike with spectacular views along the open ridge.
- An added bonus to the Moats if hiking it during the mid to late summer is the abundance of blueberries that grow along the trail, this past summer produced some of the biggest and sweetest mountain blueberries I ever had. 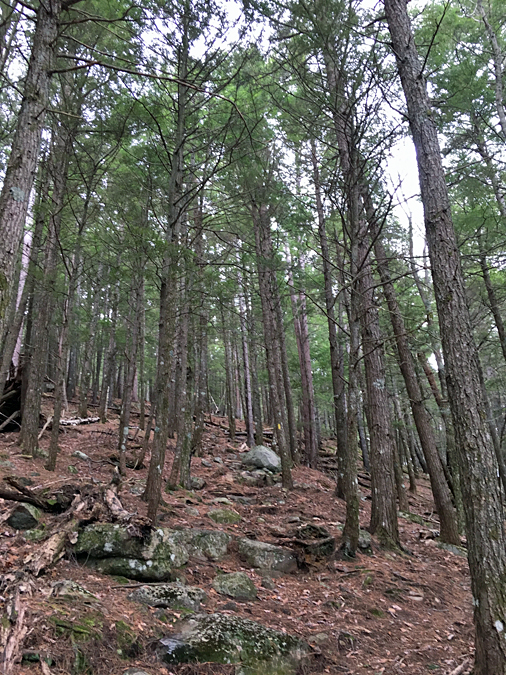 The first two miles of the Moat Mountain Trail is relatively flat, then it ascends steeply for two miles, first in the woods followed by hiking up slab 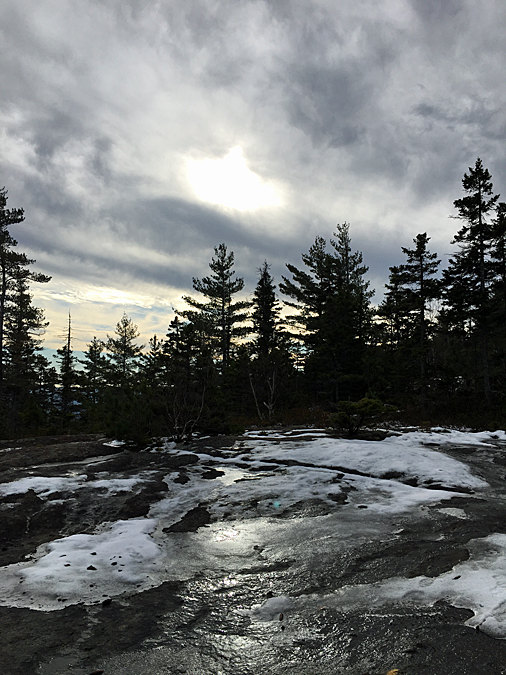 The last mile is filled with slab hiking, which was icy on this day 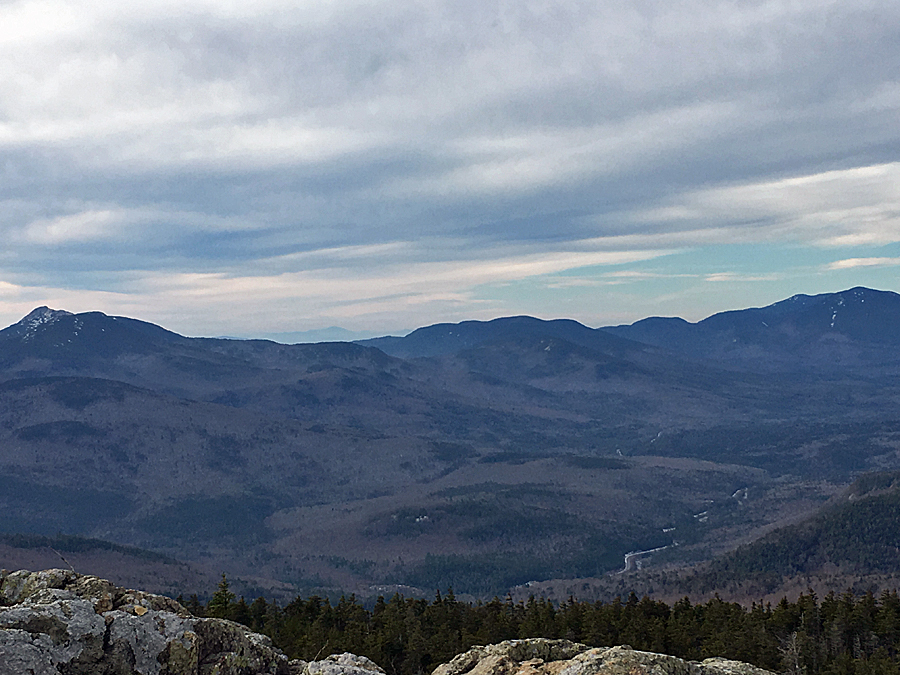 Looking at Chocorua (left), and the Sandwich Range over Passaconway and Whiteface (right) 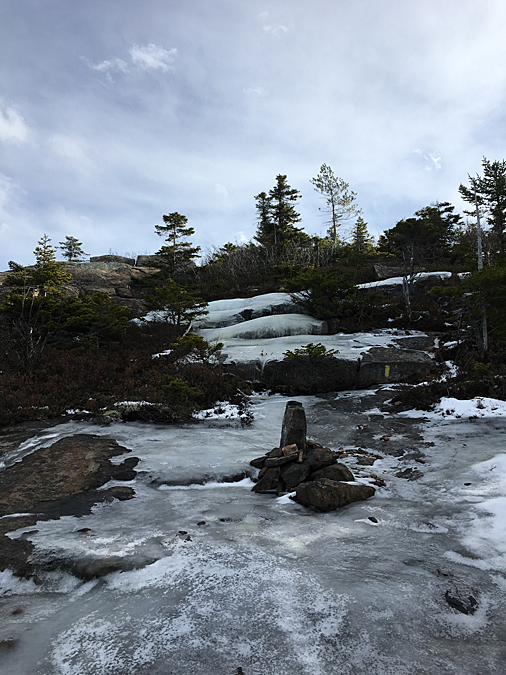 Icy ascent up to Middle Moat 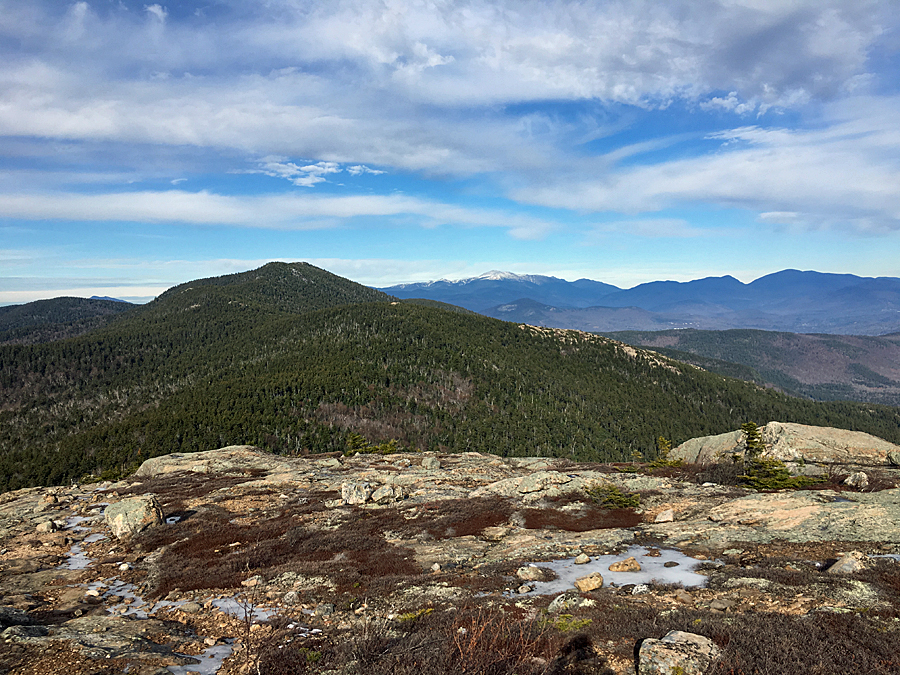 Looking back to North Moat from Middle Moat 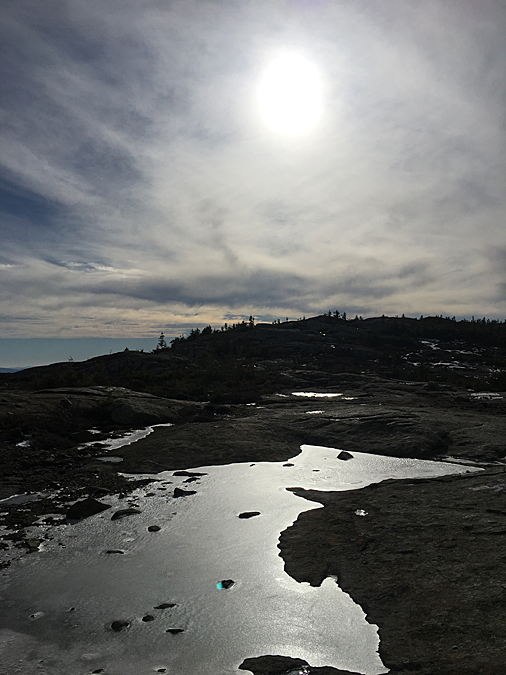 Beautiful morning on the Moats :) 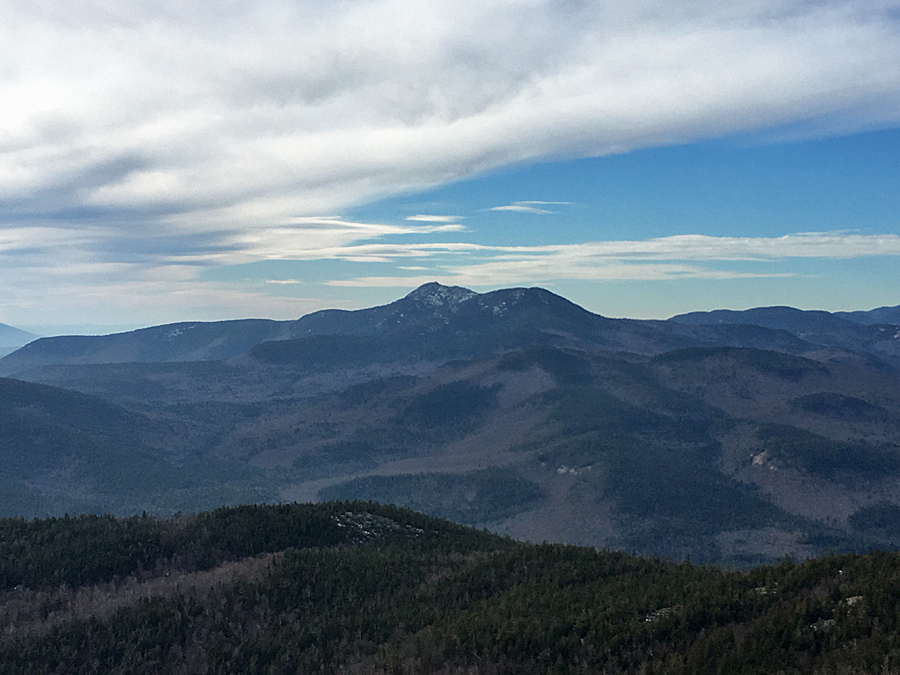 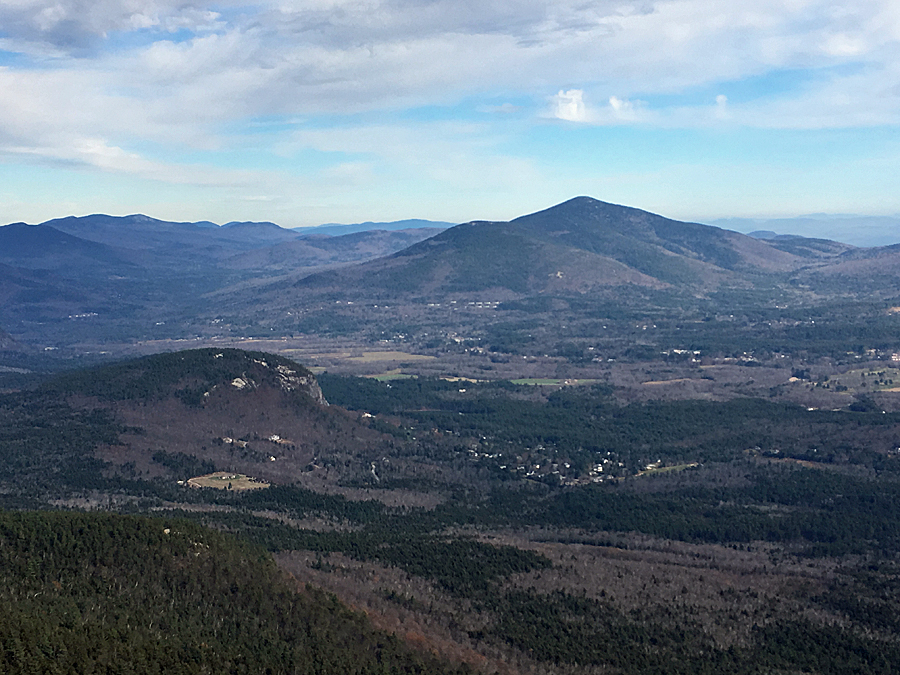 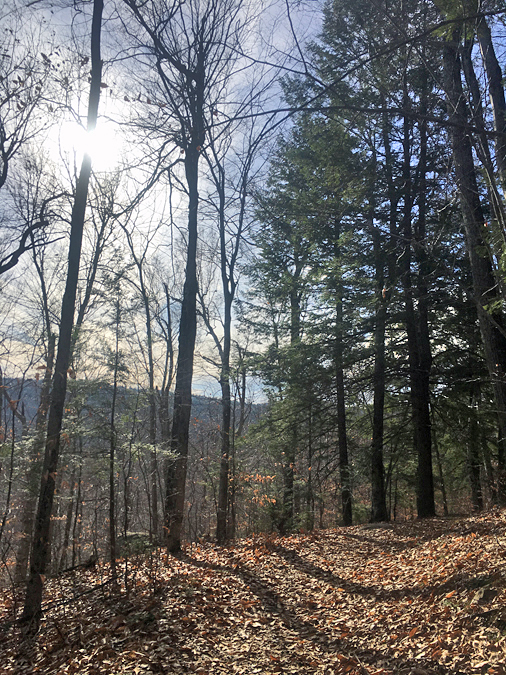 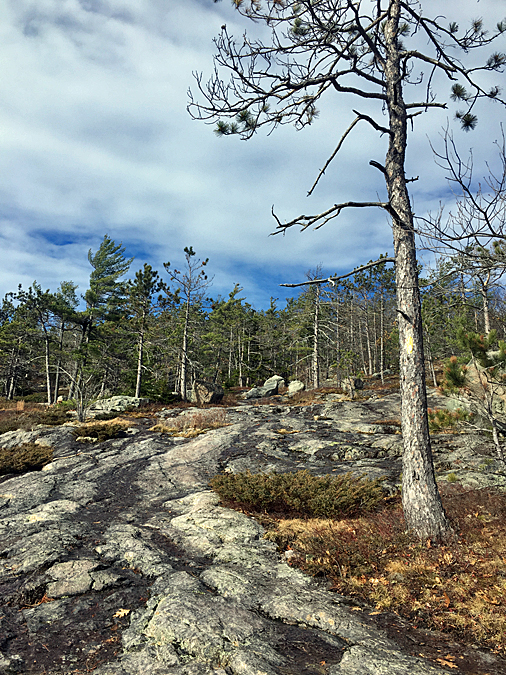 Heading back up to South Moat 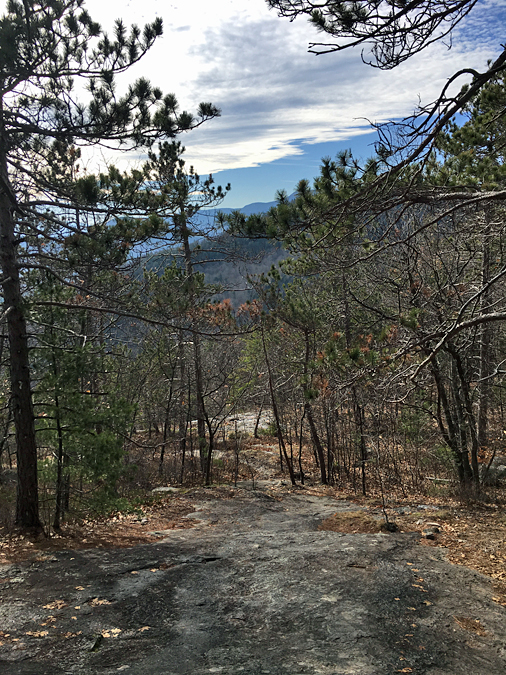 Looking down a section of slab as I head up to South Moat, it's bone dry, much different than the approach to north! 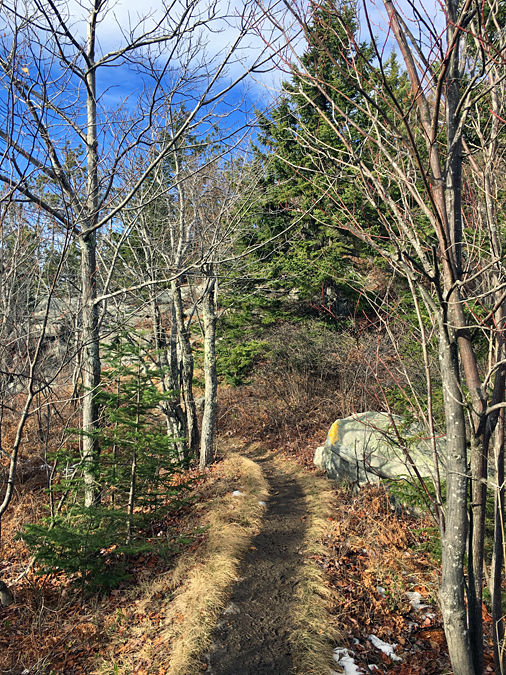 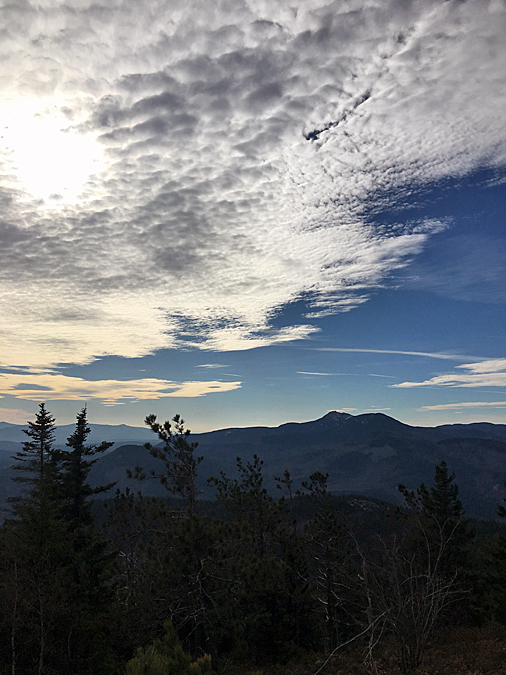 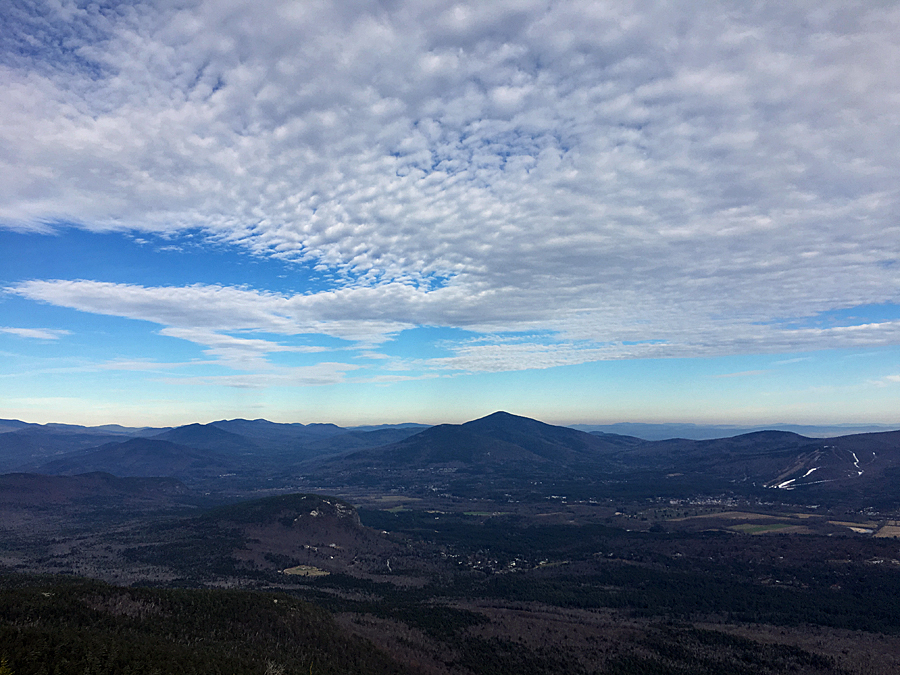 Looking towards the Presidential Range 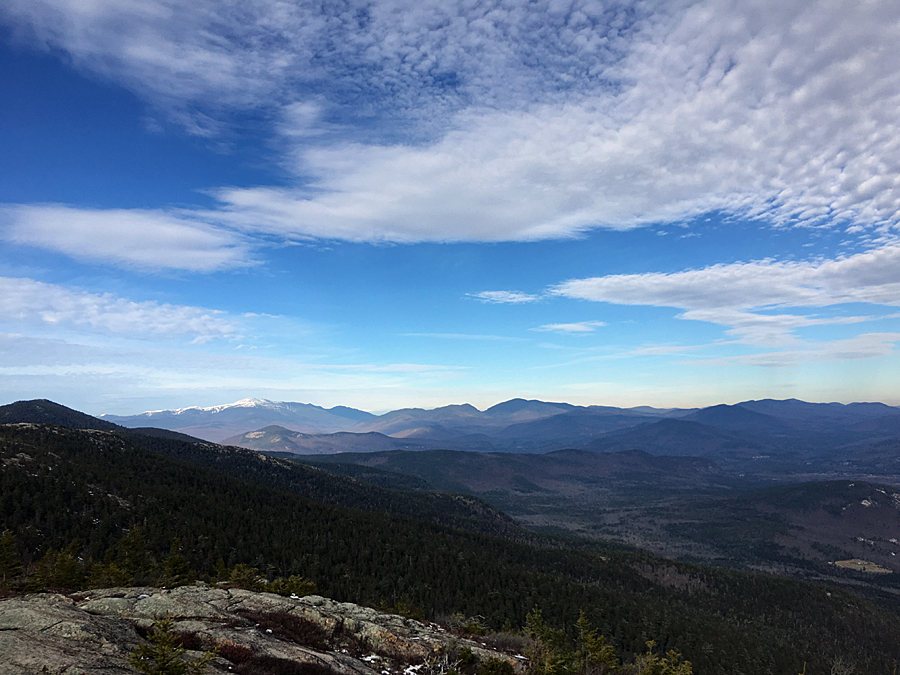 Another shot of the Presi's off in the distance 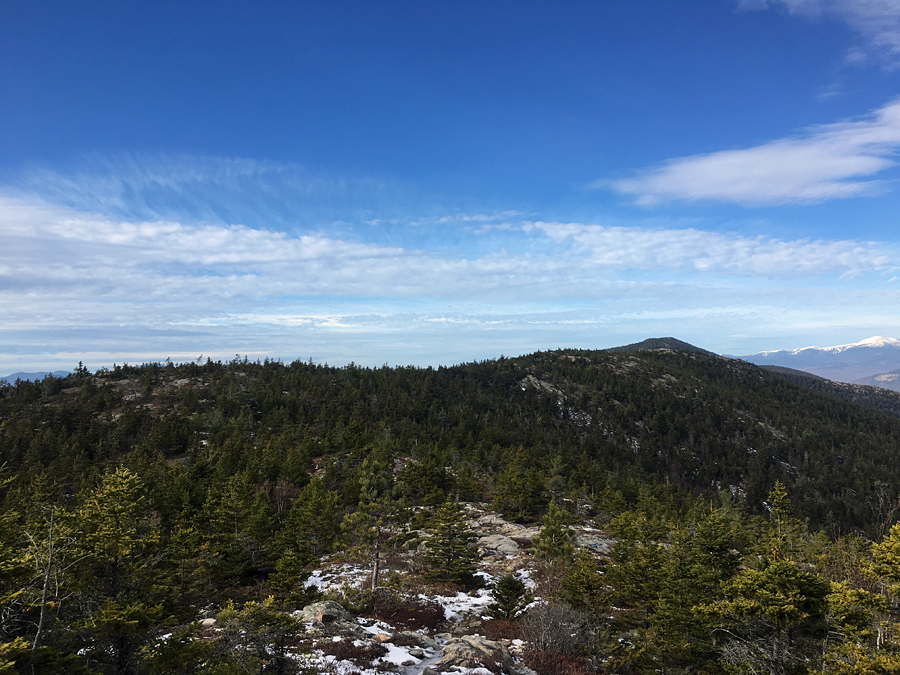 Heading back to Middle Moat 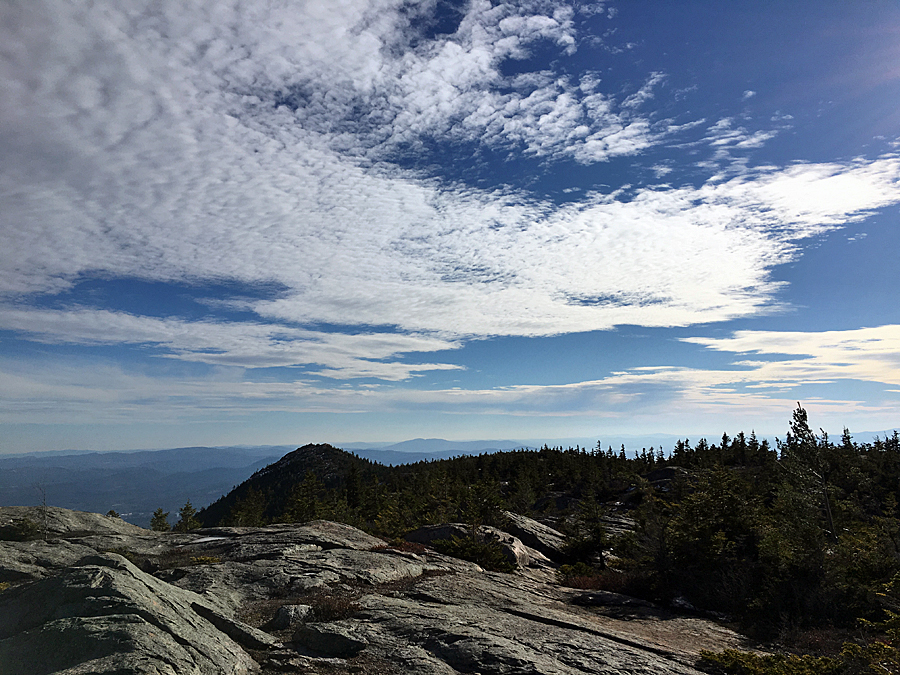 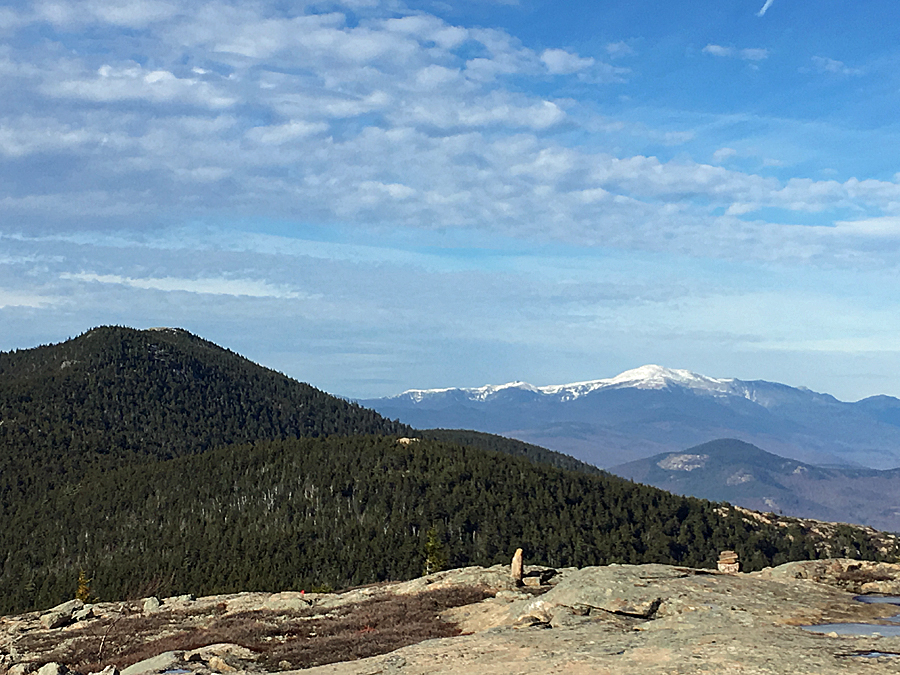 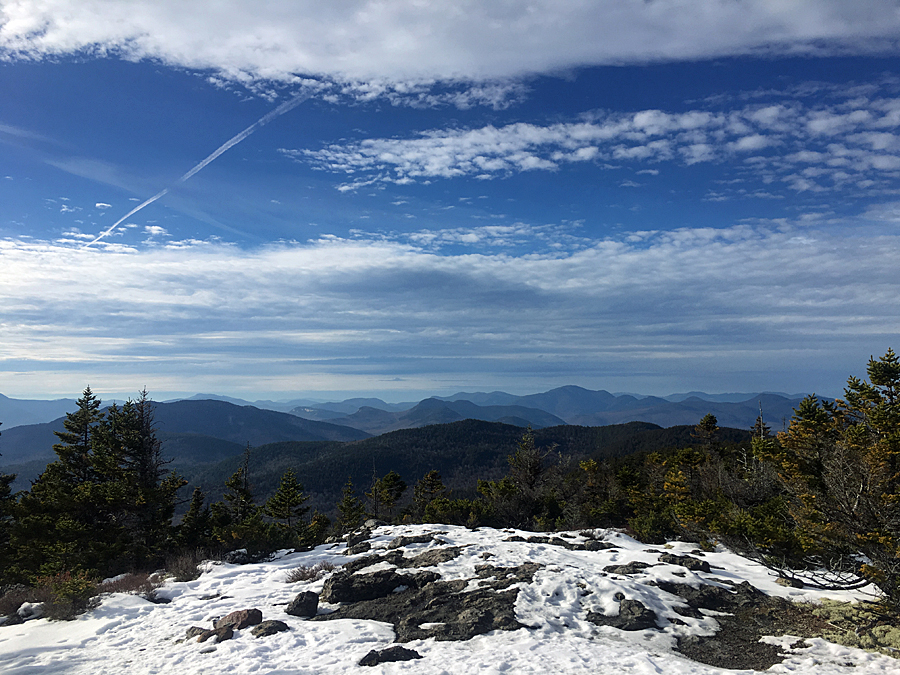 View from a shoulder of North Moat 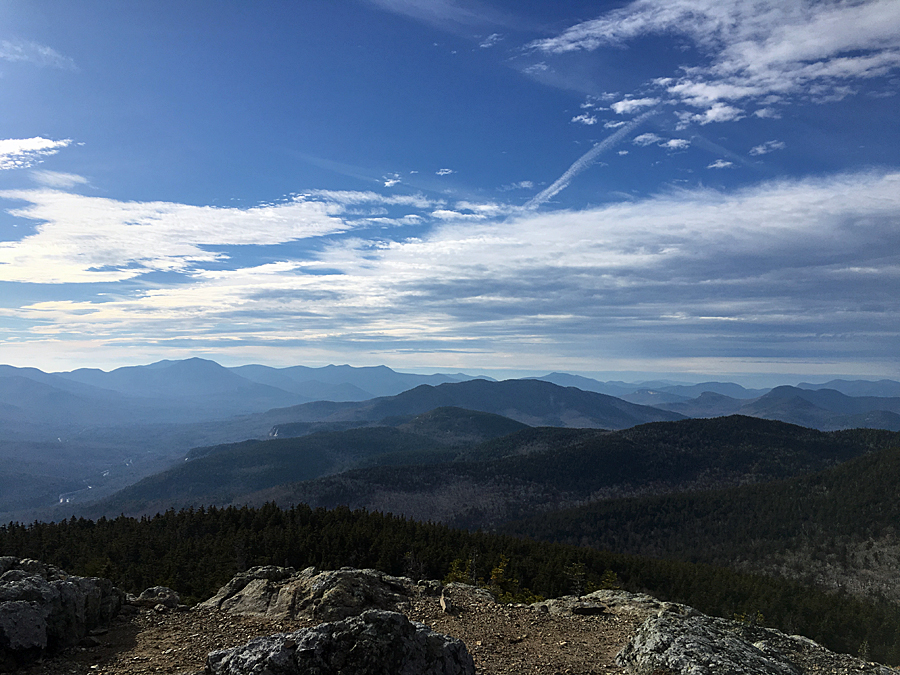 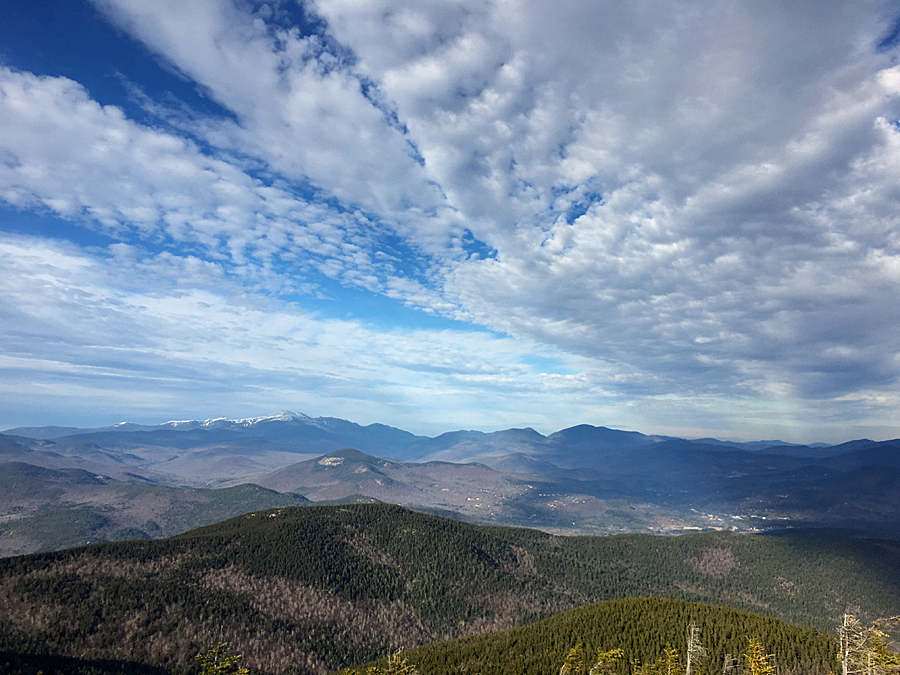 Presidential and Wildcat-Carter ranges to the north 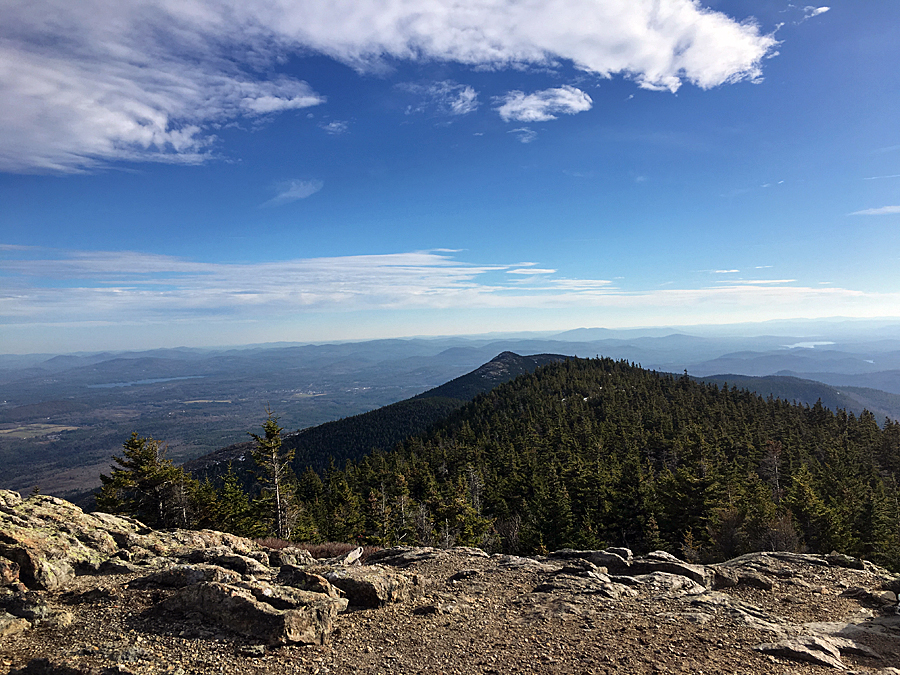 Looking back at Middle and South Moat 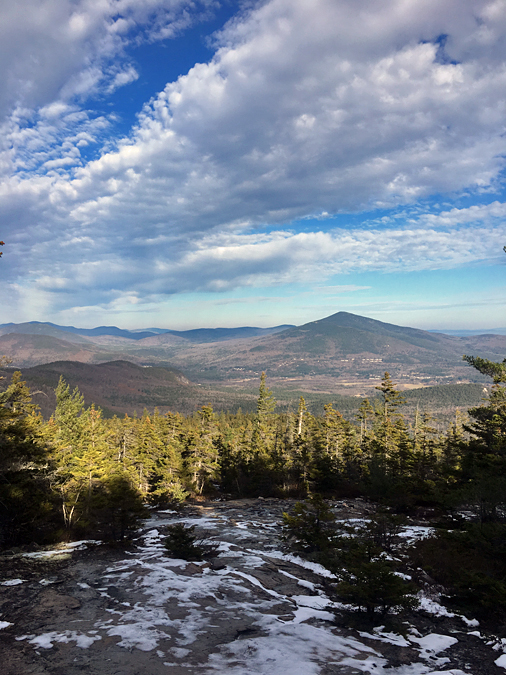 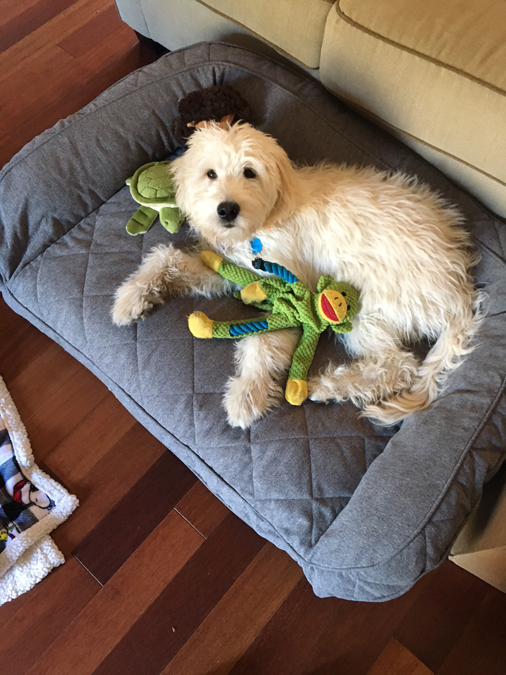 Meanwhile...Sarge spent the morning lounging with his friends on his new doggy bed :)
Posted by Chris Dailey at 2:57 PM