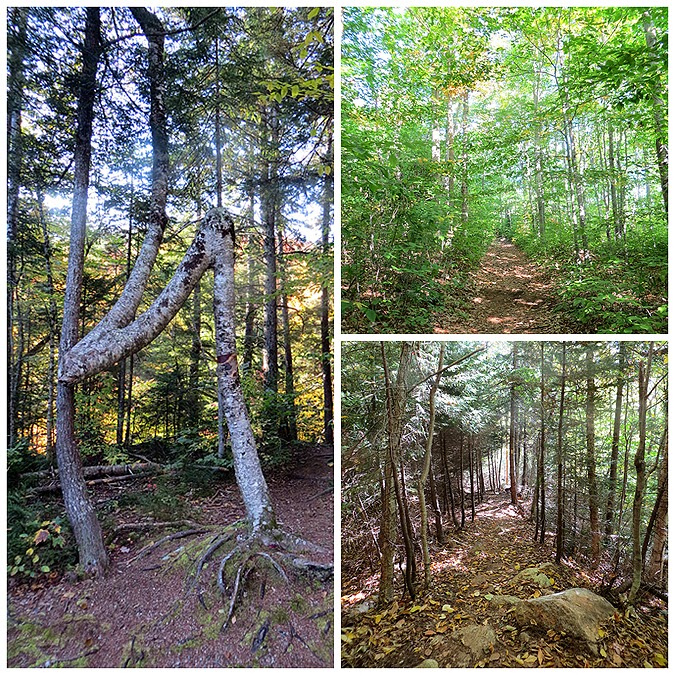 ' Anything goes to grow'. The tree on the left is located at the Signal Ridge Trailhead.  The pictures on the right is the Nancy Pond Trail 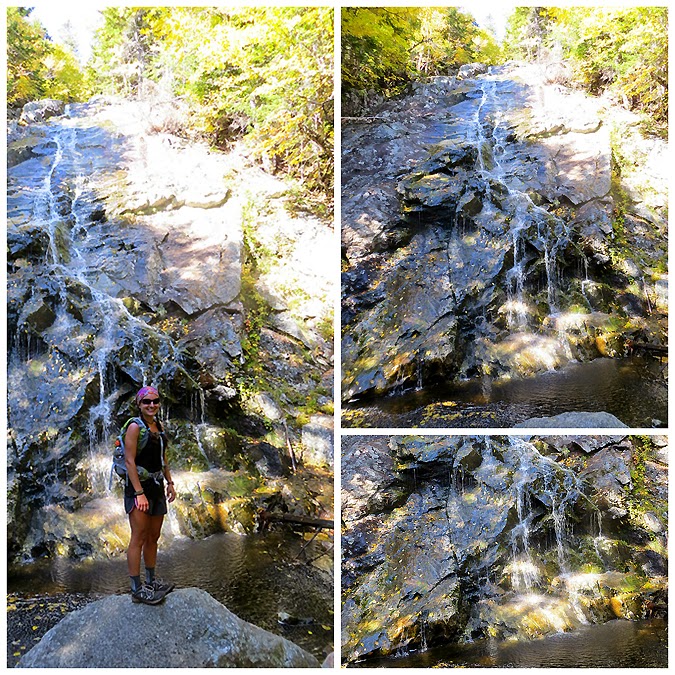 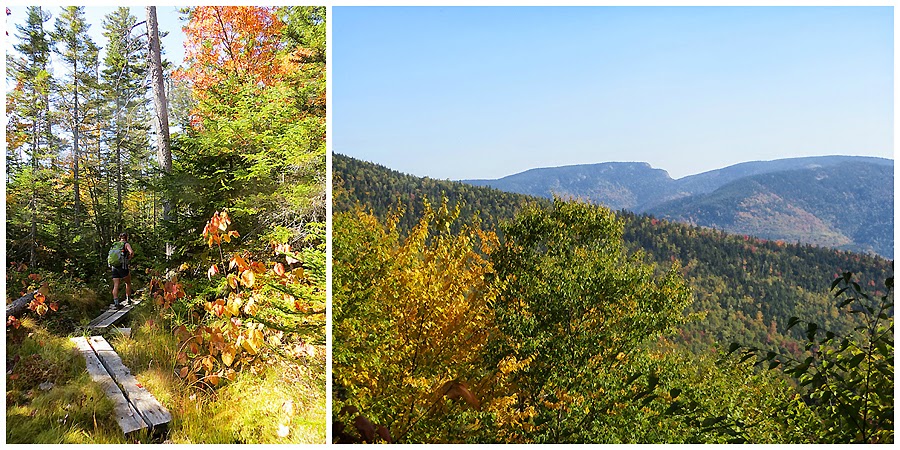 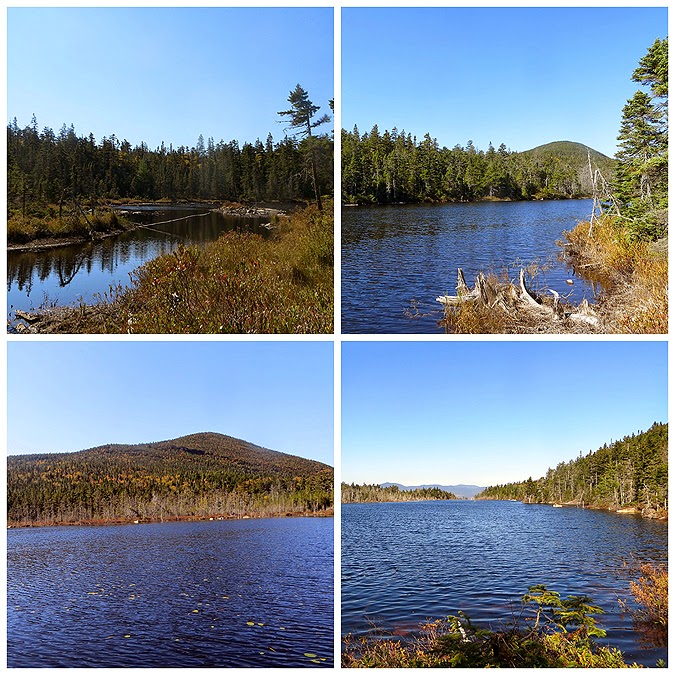 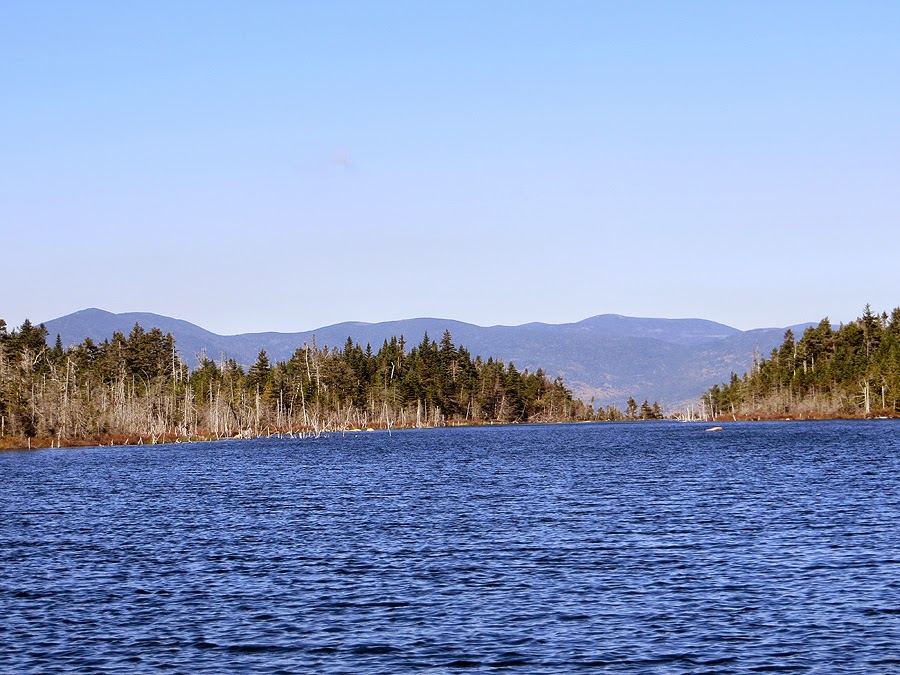 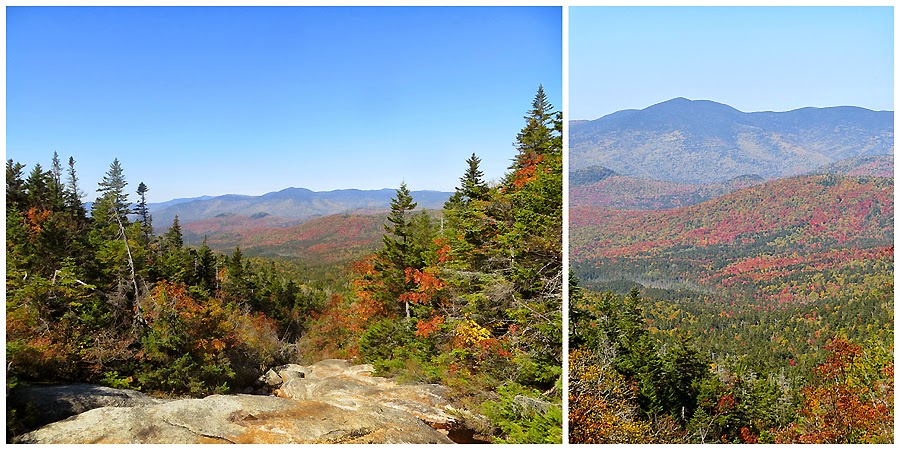 View from the outlet

Looking over to the Bonds 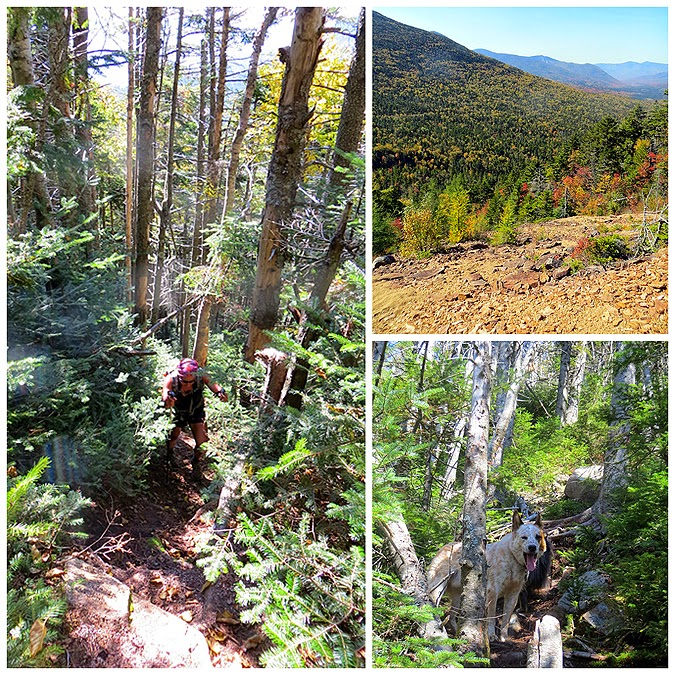 Trail to Nancy Mountain.  There's a small slide to the left of the trail near the bottom.  The dog belongs to Bob, this was Jack! 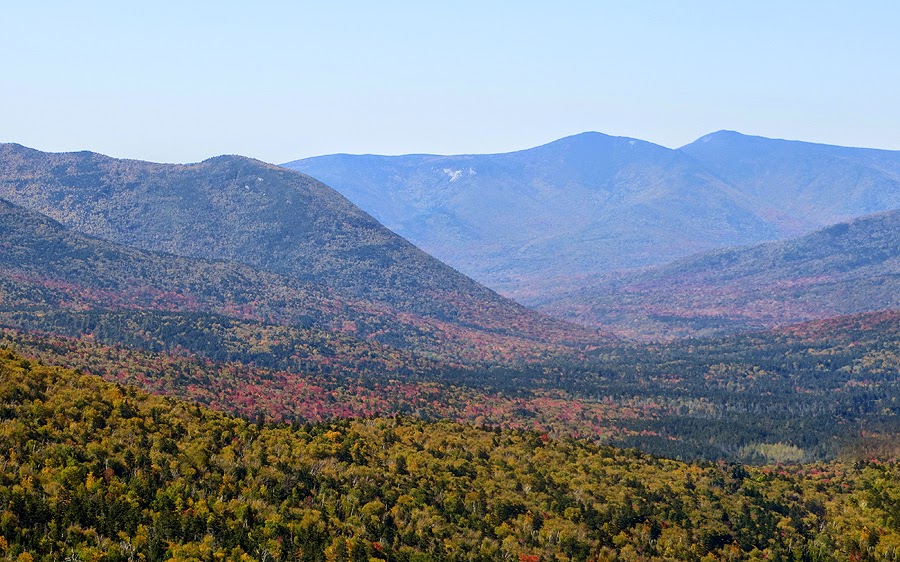 View from the slide 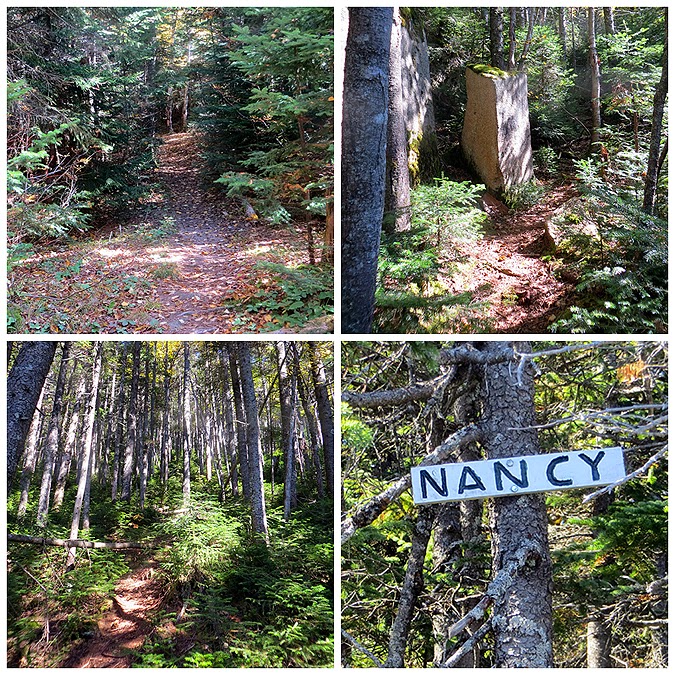 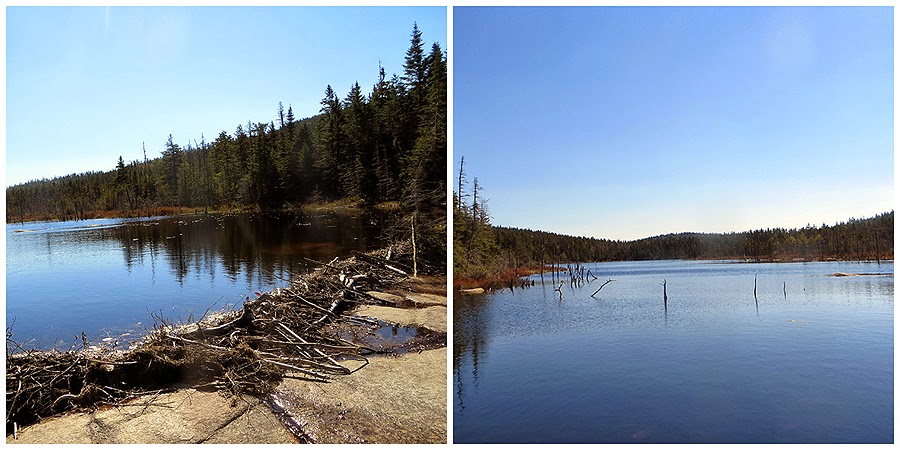 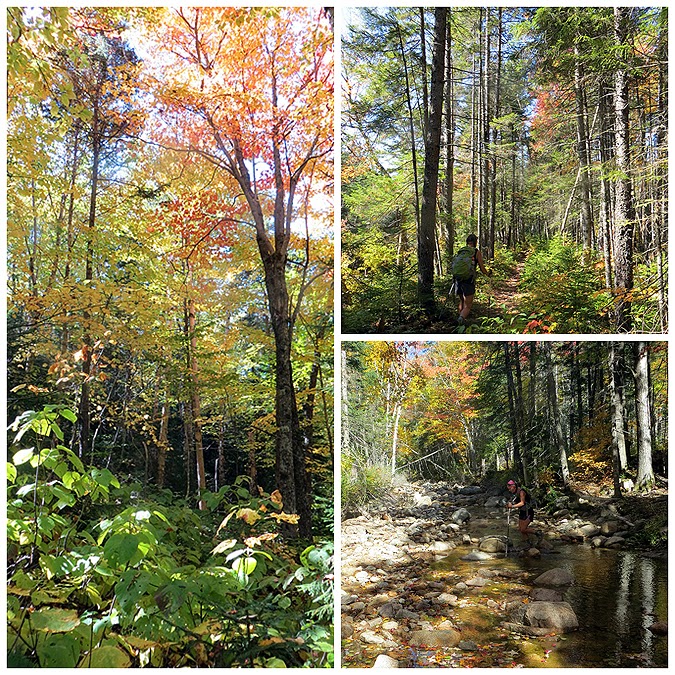 Hiking down into the Pemi Wilderness 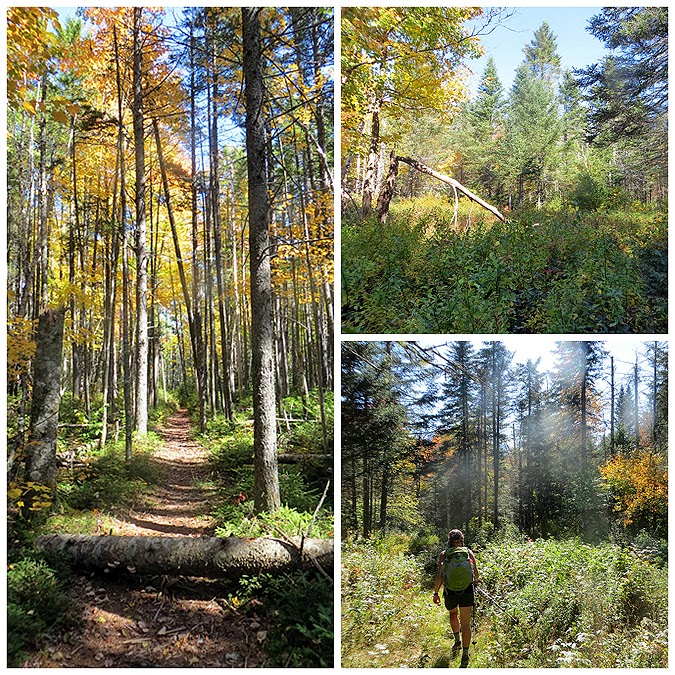 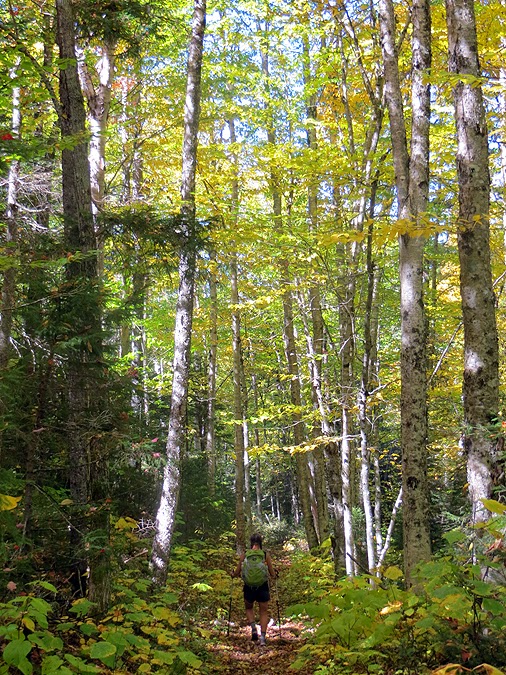 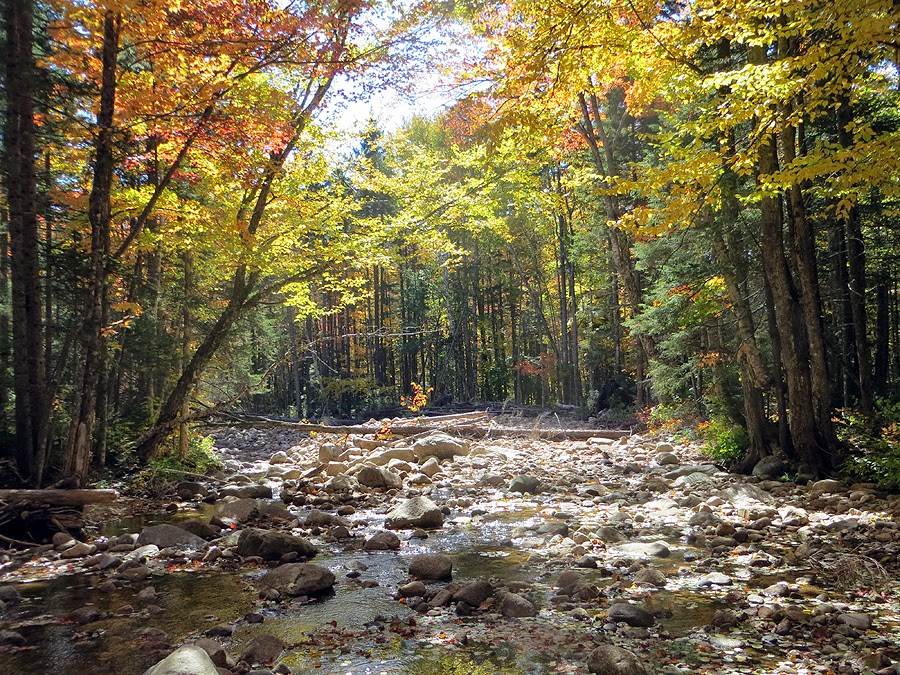 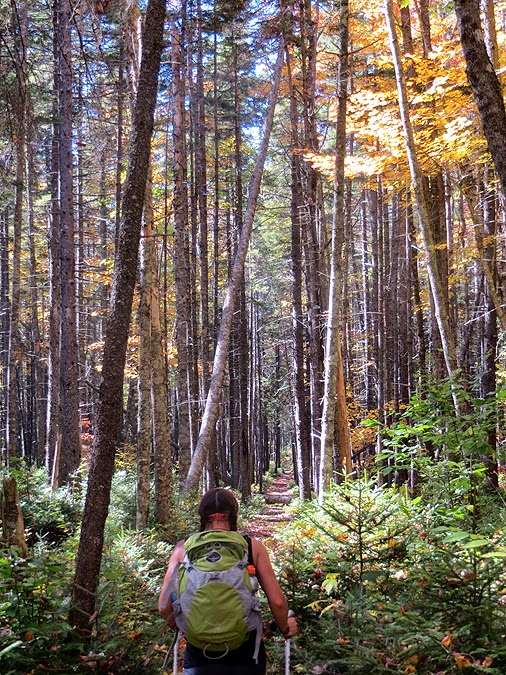 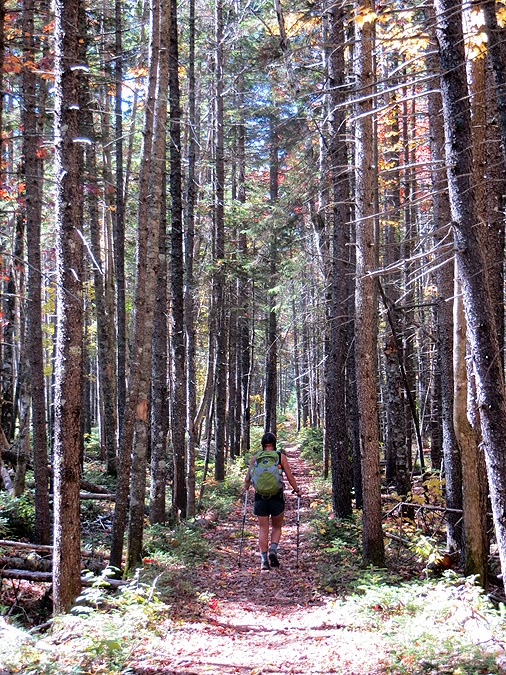 Old RR corridor is clearly visible through this pine grove 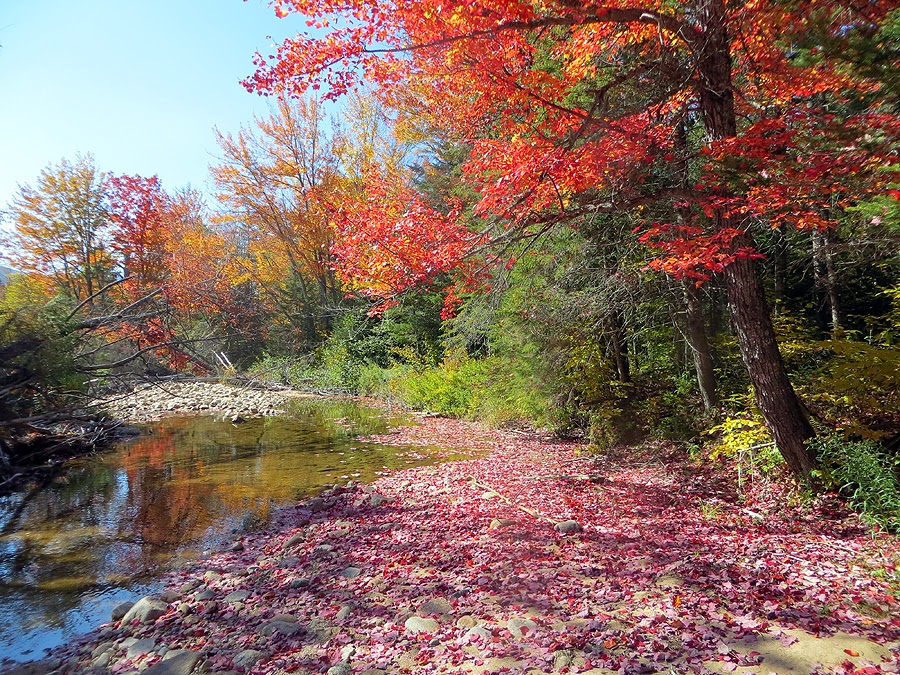 Fallen foliage on a sandbar in Anderson Brook 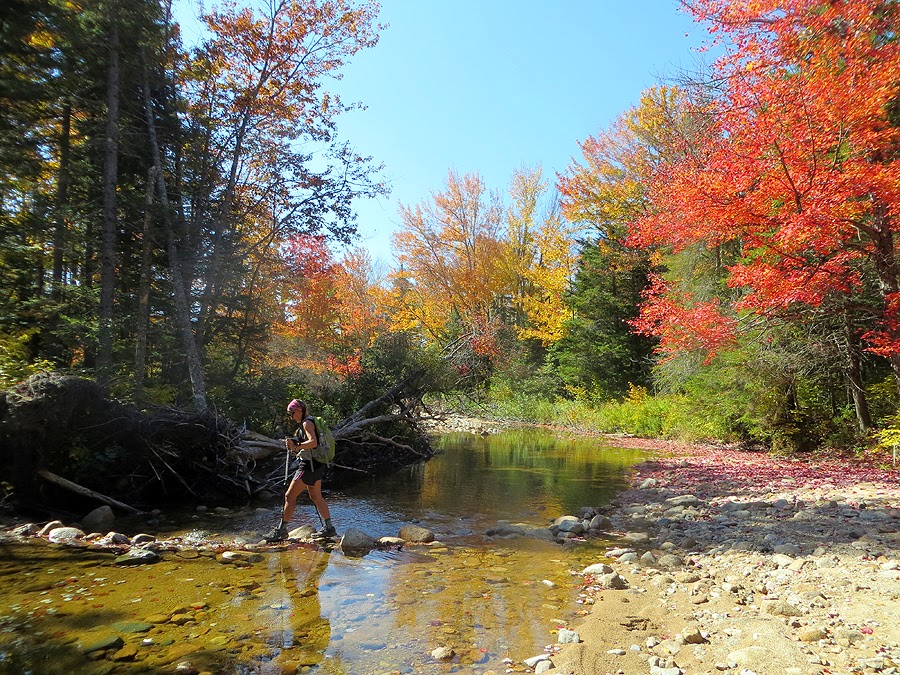 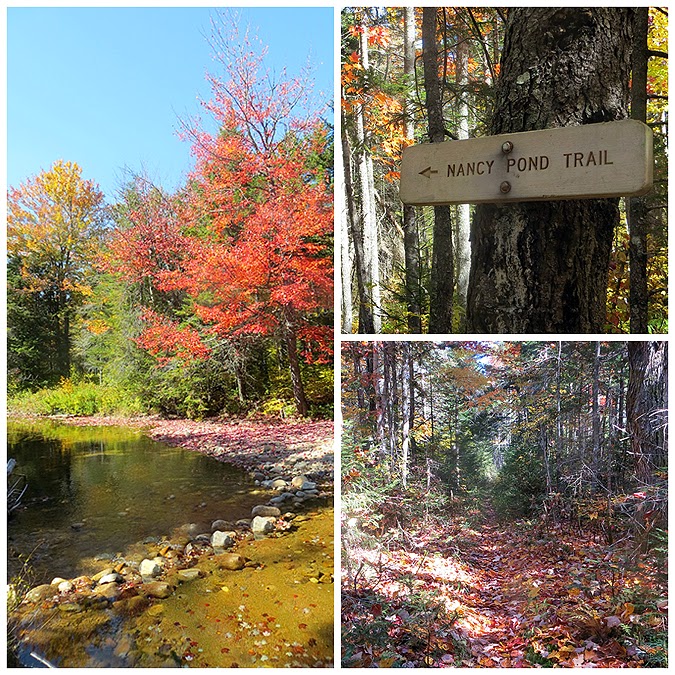 Foliage blanket and reaching the junction with Carrigain Notch Trail 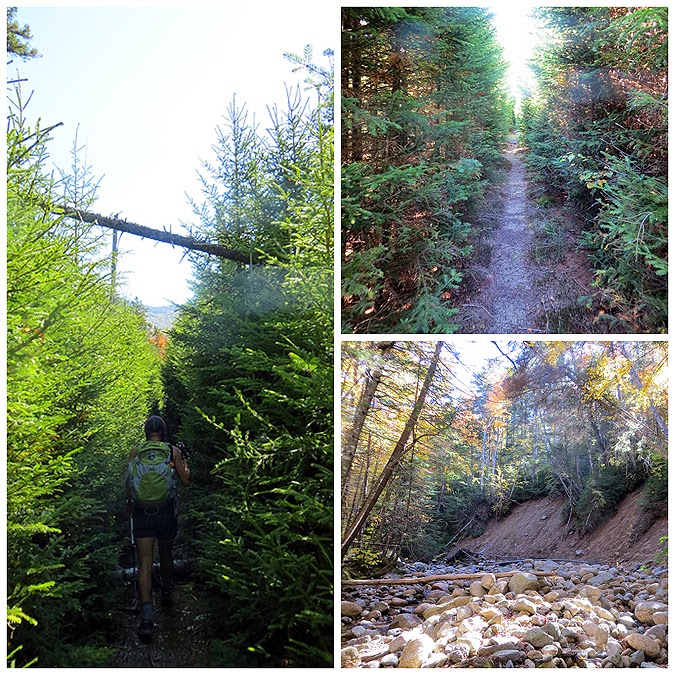 The north end of Carrigain Notch to the Desolation trail 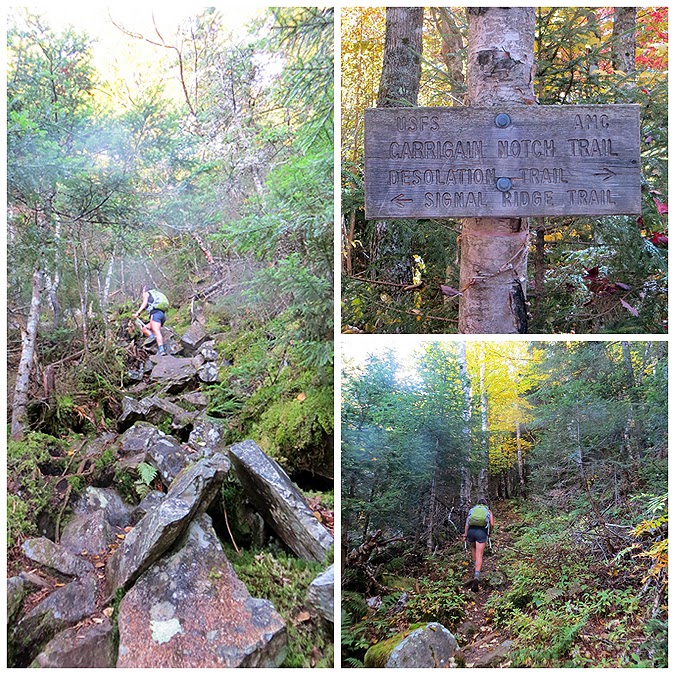 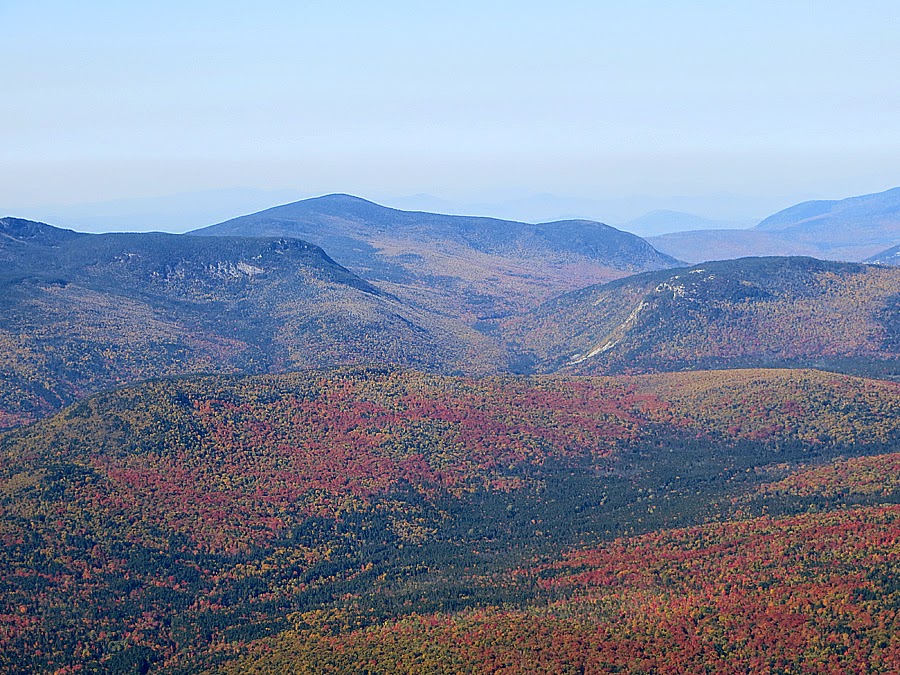 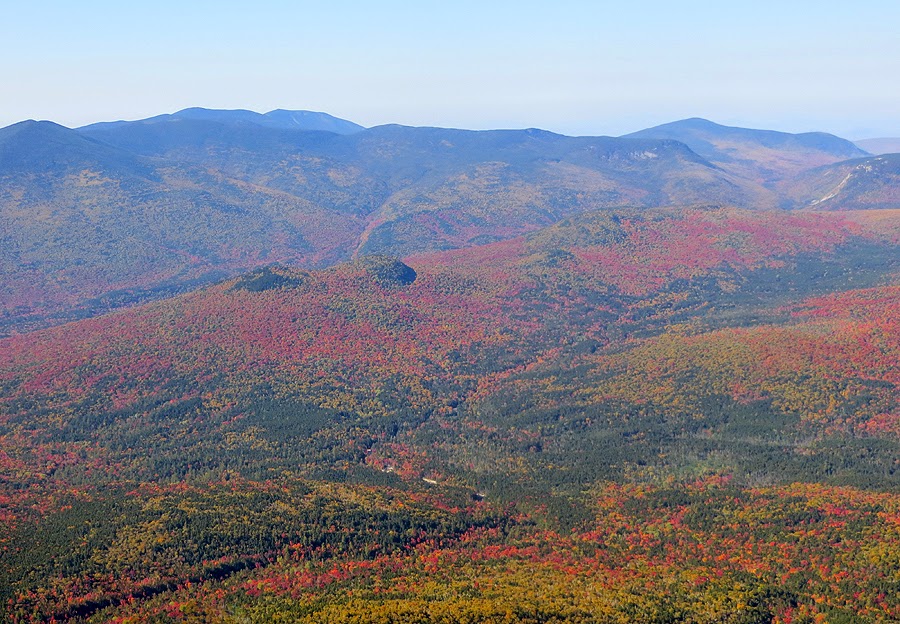 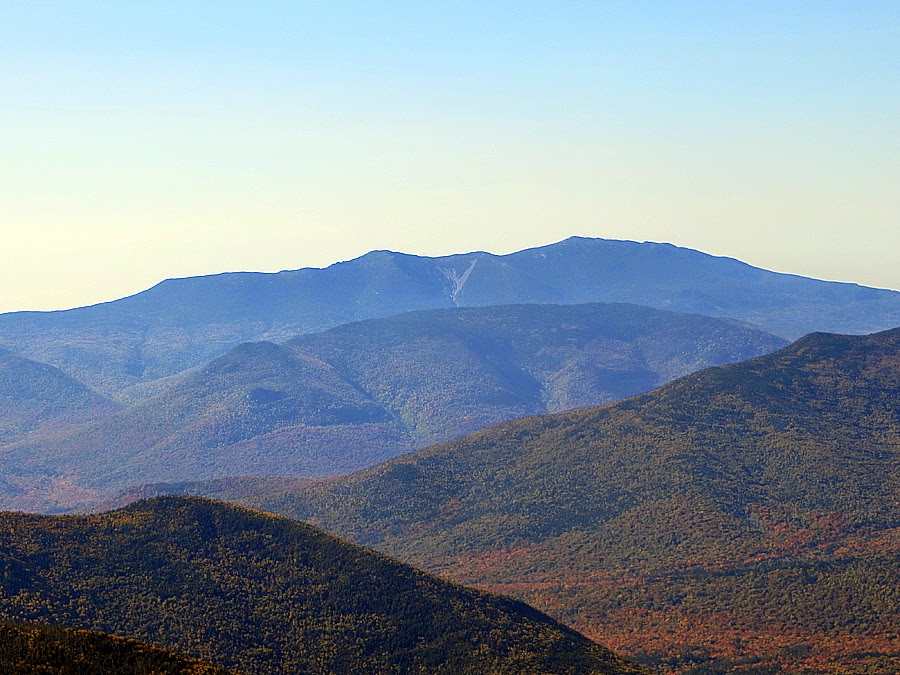 'Owlie' and the Franconia Ridge 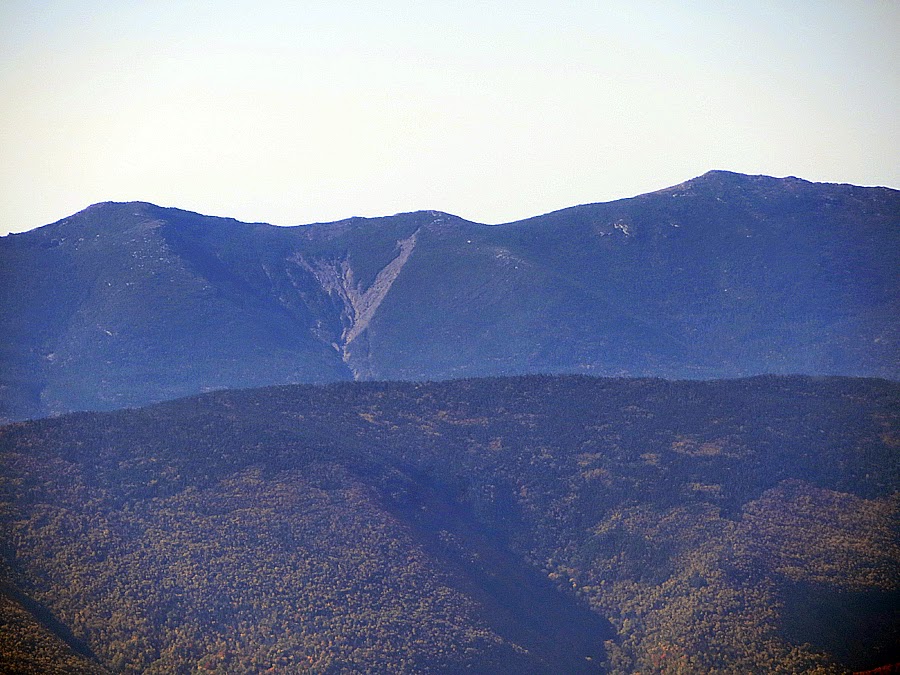 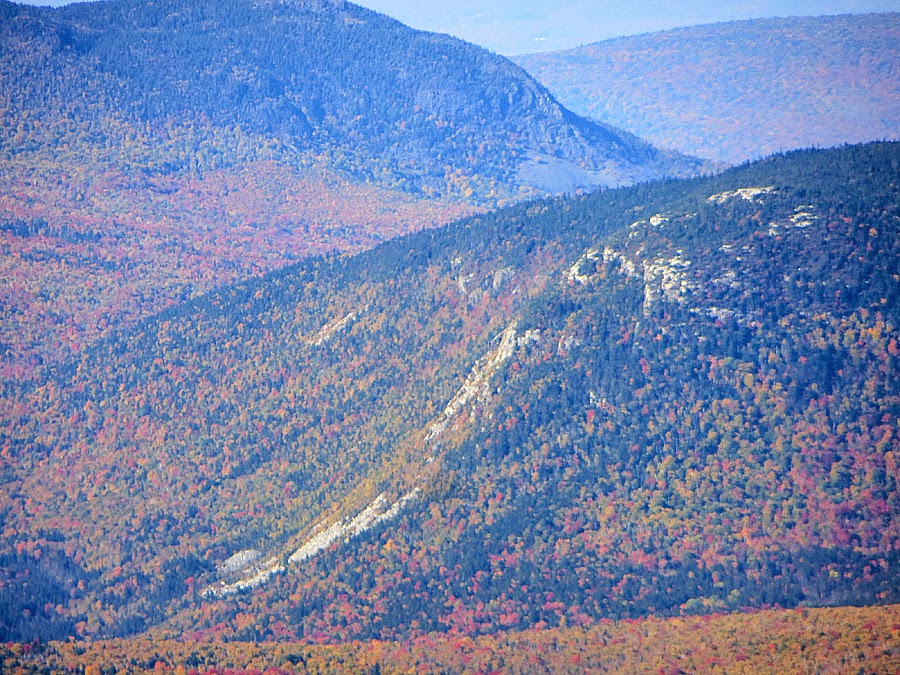 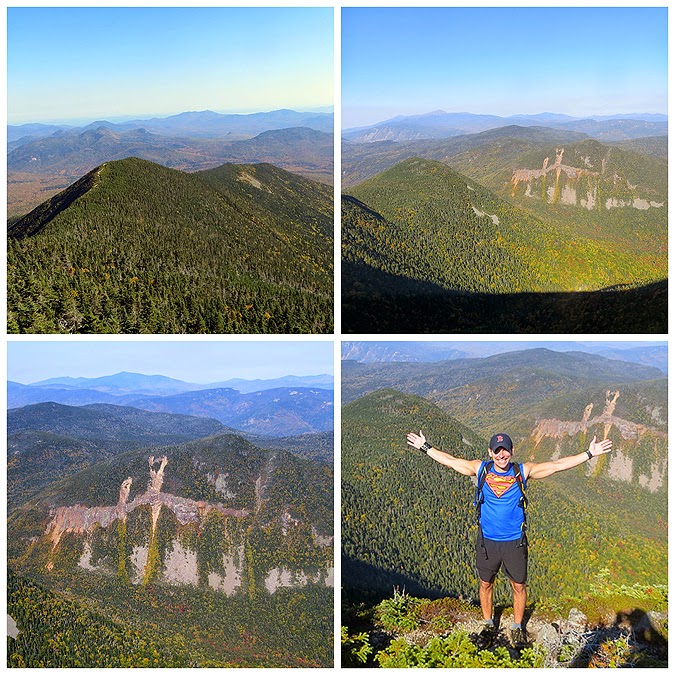 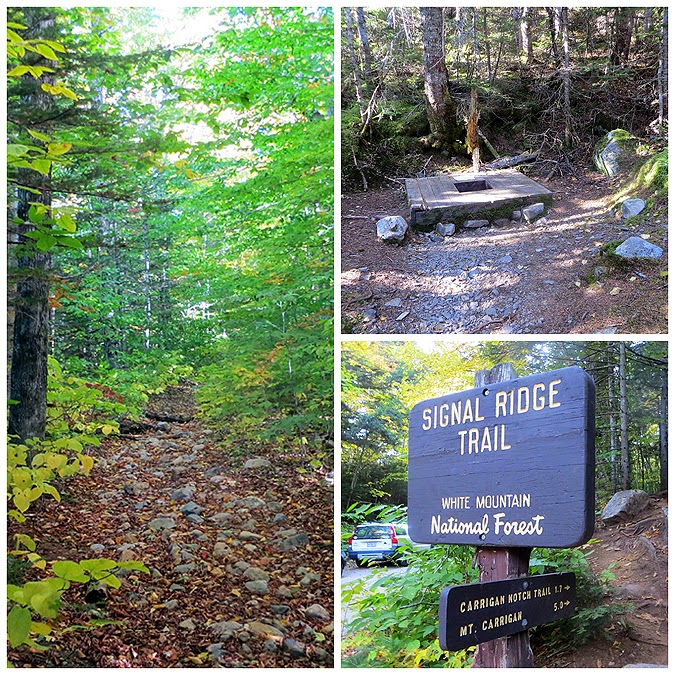 Route for the day, click here for details
﻿
Posted by Chris Dailey at 1:26 PM