Thunderstorm and Hail on Mount Garfield

Trip Report:
- On Sunday Alton, Cole, and I met Bob & Geri, and Dusty for a quick hike up Mount Garfield.  This was Cole's first hike with another dog so it took him a few tenths of a mile to get used to that but overall he did a good job.  Cole has come a long way in just a few hikes, he's very confident and pretty quick for the most part.  Except when he sees a toad, he stops and becomes very curious!
- I was surprised to see how muddy the trail was after 4 days of hot, dry weather.  The small water crossings were a lot of fun for the dogs.  Cole has come a long way with brook crossings and isn't as hesitant anymore.
- As we hiked up we could here thunder off in the distance and after a few rumbles Dusty decided it was enough as he just sat down and wanted to go home!  So B&G&D headed back as Alton, Cole, and I kept going.
- We had fun hiking up the Garfield Trail to the junction with the Garfield Ridge Trail.  Alton, took Cole off the leash to see how he would do, he did great and along the way we passed some hikers all descending. Cole is still skittish around people so he just avoids them for the most part.
- When we hit Garfield Ridge Trail the weather changed in one second, it started down pouring.  I would expect no less from my old nemesis. We banged a right and continued toward the summit as the heavens opened up.
- As we climbed I could hear a constant weird noise directly above us, sort of like a muted white noise from an old box TV.  I was having a mind lapse not being able to put it all together when BOOM - CRACK, Thunder and lightening directly above and around us.  We were about fifty feet of elevation away from the summit when this crashed around us, I said "Down, now!" and we just turned an ran with Cole leading the way.
- We heard one more loud crack and crash as we hit the junction and kept descending to a safer elevation.  The trail was a stream by this point and that's when the hail started peppering us.  What an experience!  We kept running until low enough that the hail and wind stopped.  Soon thereafter it was back to a normal trail as there was no evidence of any of this over the final two to three miles.
-  We were all muddy when we reached the trailhead so we took a nice refreshing dip in the Gale River before heading to B&G's so Cole and Dusty could play before heading back south. 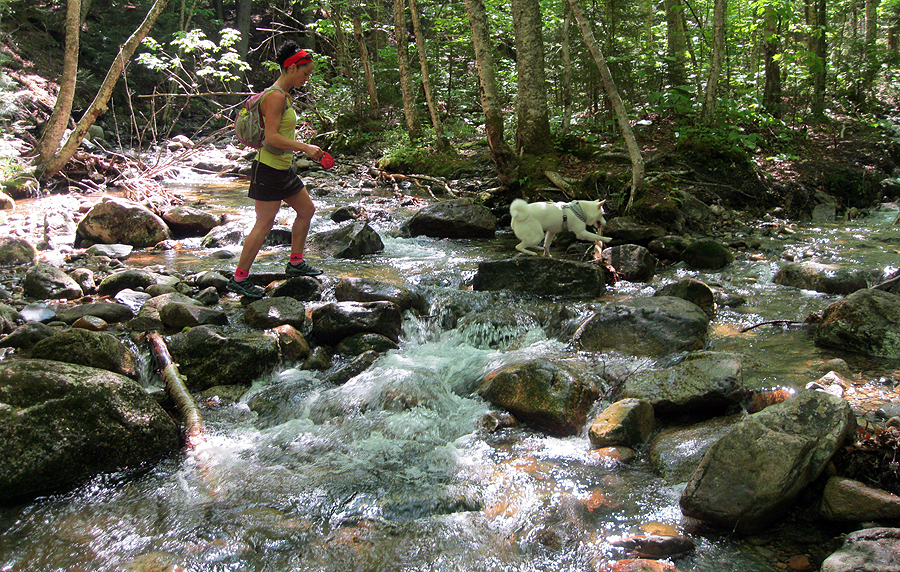 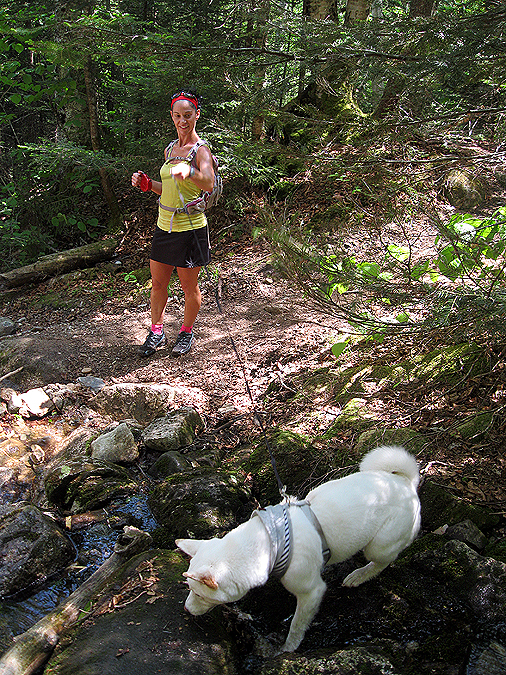 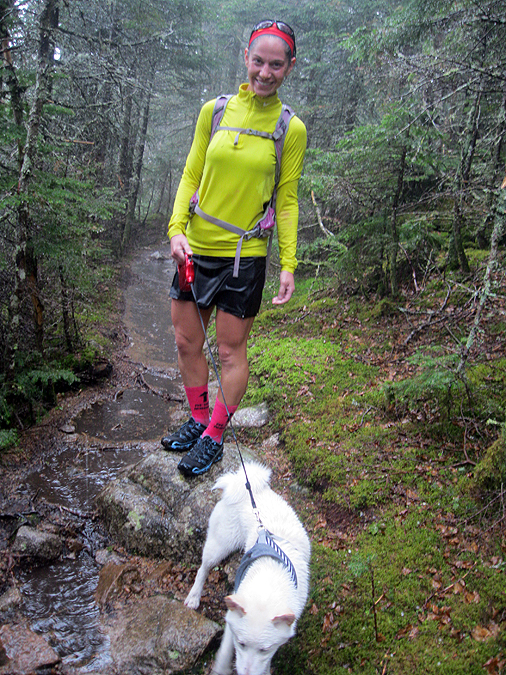 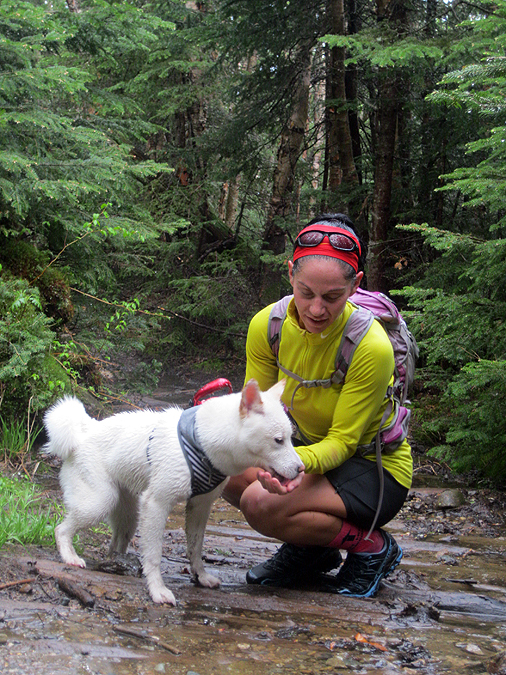 Soaked and loving it 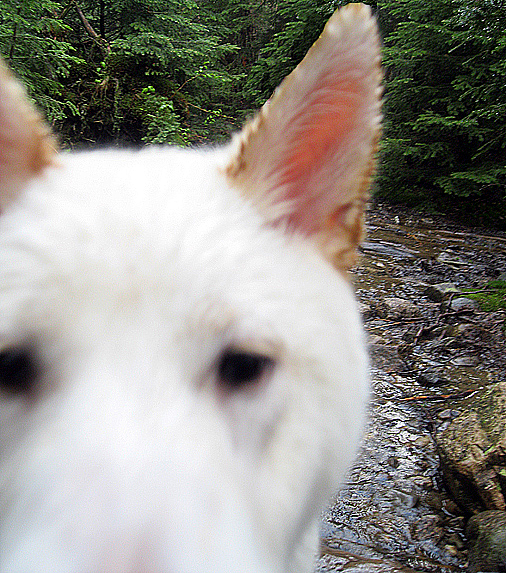