Trip Report:
- After a few months of hiking in the White Mountains it was time to head to New York and visit the Adirondack High Peaks to continue hiking the Forty-Sixers.
- Initially I had planned to head to the ADK's Labor Day weekend but Hurricane Irene ripped through the High Peaks Wilderness in late August and devastated the town of Keene and all trails in the Eastern High Peaks remained closed for a few weeks there-after.
- Once the trails opened I zeroed in on early October to take in some prime foliage while trying to finish off the remaining eight peaks on the list.
- I decided to hike Giant Mountain and Rocky Peak Ridge and as luck would have it the weather which had been rainy and dreary on and off for the past week broke just I started my hike!
- The Zander Scott Trail was in great shape, it's the first trail in the Adirondacks that I've been on that has switchbacks and waterbars keeping the trail firm rather than the muddy goo I've been accustomed to in the Adirondacks.
- The first mile of the trail is the usual in the woods stuff but the second mile is up on a ridge with incredible views down to Keene Valley and across to the Dix Range all the way to the Great Range.  After a mile of fun hiking the last mile is back in the woods but it went by fast and made it to the summit quickly as the clouds kept clearing off and the sun came out for good.
- I ran into about a half dozen hikers on the ascent all going to Giant and then over to Rocky Peak while enjoying the perfect hiking weather.
- From Giant over to Rocky Peak Ridge you take the East Trail which drops quickly to the col before moderately making it's way up to the Summit of Rocky Peak Ridge.
- Views from Rocky Peak Ridge were phenomenal and I can't wait to go back there and keep hiking past the summit on the East Trail over the open ridge.
- I took a bunch of pictures, got out of the wind which was whipping at 20-25 mph, refueled and relayered before heading back over to Giant and down to the car.
- The hike back up Giant is a minor annoyance, it's kind of steep and the trail is wet but the hike between Giant and Rocky and back wasn't nearly as bad as I thought it was going to be.
- On the way back I re-summited Giant (it's a tenth mile off the trail) because the views were even better then when I was there earlier.  The Great Range from Giant's summit in autumn is spectacular!
- The hike back to the car was uneventful and went quickly as I passed by some hikers I ran into earlier all thrilled about the weather being so perfect.
- It was a great hike with greater views and alot of fun... I started out in a tshirt, then layered up including hat and gloves, and ended in a tshirt, typical fall hiking weather. 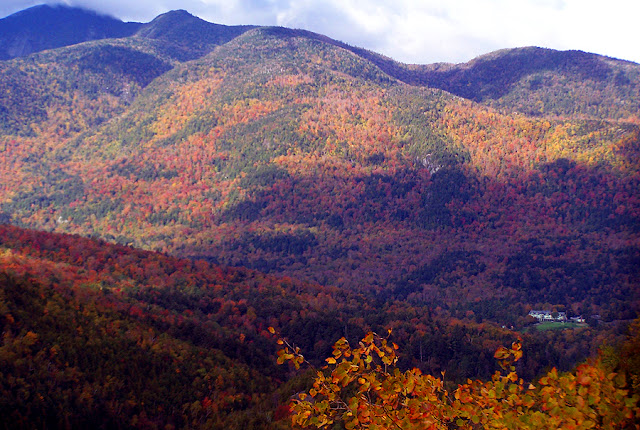 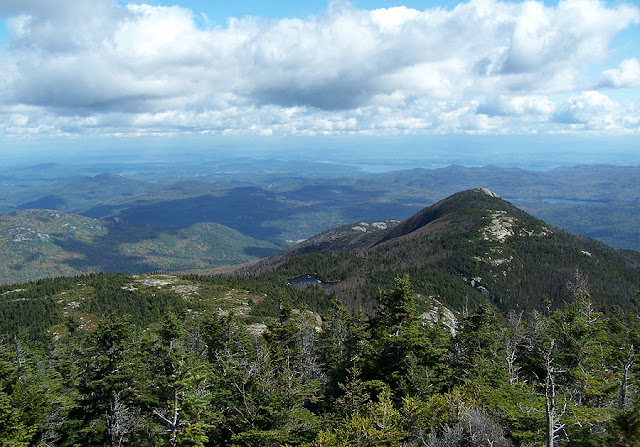 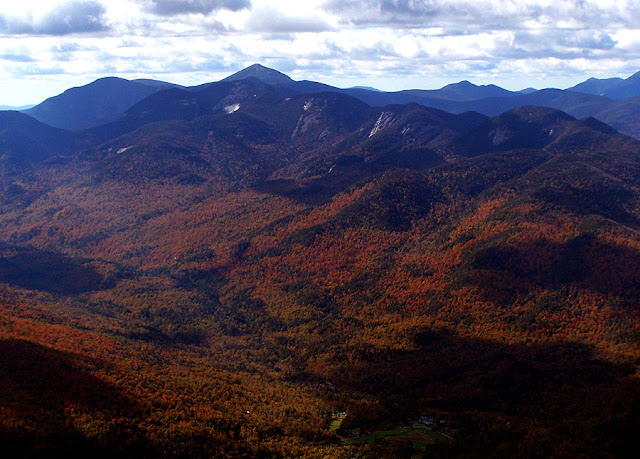 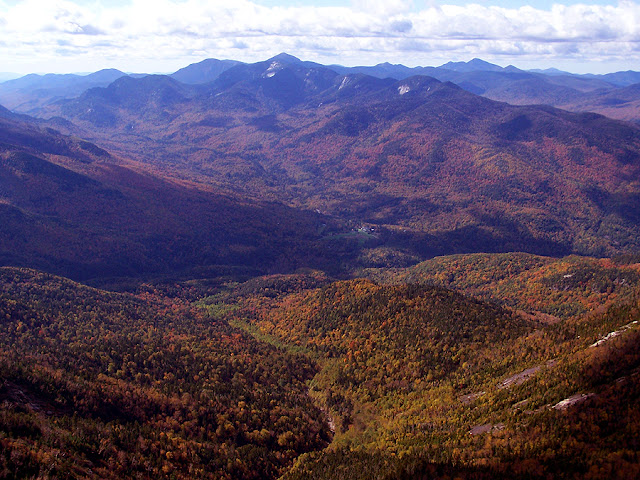 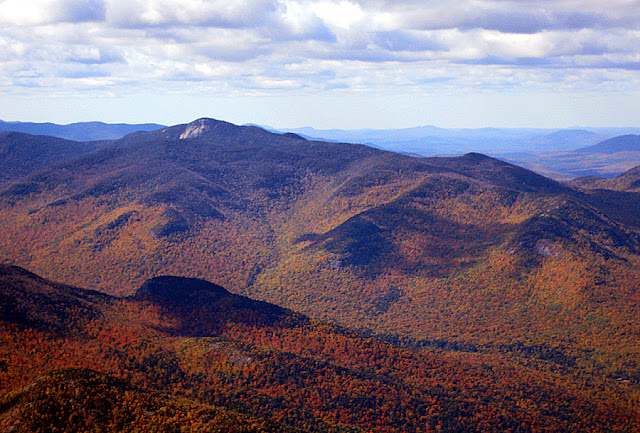 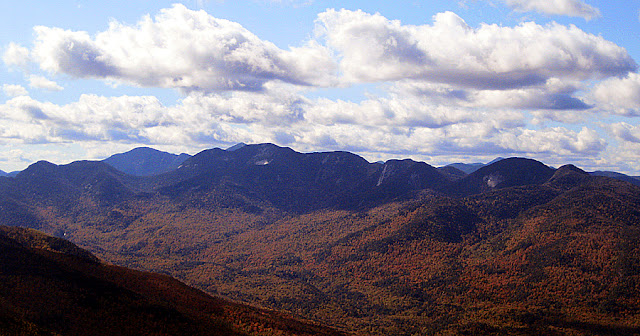 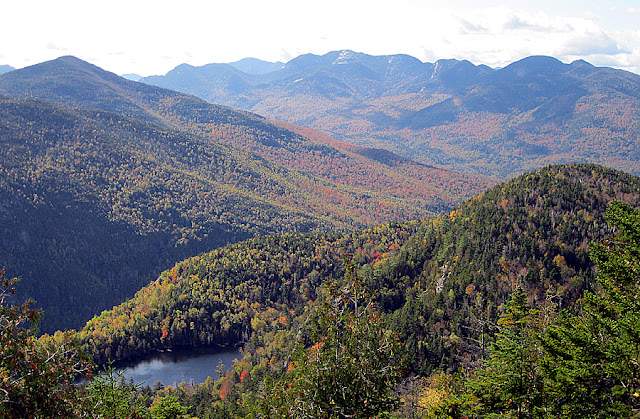