Trip Report:
- The weather called for clear and sunny skies, unfortunately that didn't help much as the temperatures plummeted overnight into the 20's and the wind picked up above 4,000 feet making for one cold but beautiful hike up the northern-most of the Forty Sixers, Whiteface Mountain and Mount Esther.
- On trail at 7:45am, Esther 9:55am, Whiteface 11:20am, finished 1:30pm. Temps in the 30's to 50's, wind 20 to 30 mph.
- The first 2.5 miles is a great hike with soft footing through birch and maple trees with vivid red, orange, and bright yellow colors everywhere you look. Once past the junction for Marble Mountain the trail becomes wet and muddy, the usual for Adirondack trails.
- There are no views along the way to the Esther herd path so it was tough to get myself going. The herd path was one of the more annoying ones I've been on with lots of mud and standing water. The herd path lacks any really good views except for a couple over to Whiteface's summit. I didn't stay long at the no thrills summit before heading back to the main trail. Along with Street and Nye, Esther is my least favorite of the 46r's.
- The trail continued to be a muddy wet mess until reaching the bottom of a huge rock foundation wall which the Whiteface Memorial Highway sits above. The trail skirts the wall and pops up next to the road before rising above it through some scrub until coming out onto an open ridge about a half mile from the summit.
- It was very windy up on the exposed ridge but the views were spectacular and they kept getting better.  Once at the summit I could see most of all the high peaks off in the distance and Lake Placid down in the valley.
- The Summit has a tower and a wrap around observation deck. After taking pictures I went inside and warmed up and had lunch. Whiteface Mountain is the Adirondacks version of Mount Washington where you hike up, look like hell, and get funny looks from the people who drive the cars up!
- Once I was warmed up I headed back down the open ridge taking in the views until I dropped back into the woods where I quickly hiked down passing by a few hikers heading up who were all smarter than me as they waited for the temps to warm up before hiking.
- Finally around 3,000 feet I was able to take off the last of my cold weather clothes and was back in a tshirt for the last couple of miles which flew by.
- It was a cold but fun hike, unless I do the ADK's in the winter I never see myself hiking Esther again but I definitely will hike Whiteface from the other side which I've been told is a much nicer hike. ***As of 2019 I have in fact hiked Esther two more times, once on a bitterly cold and rainy day with my friend Diaz as he was picking away at his 46 list.*** 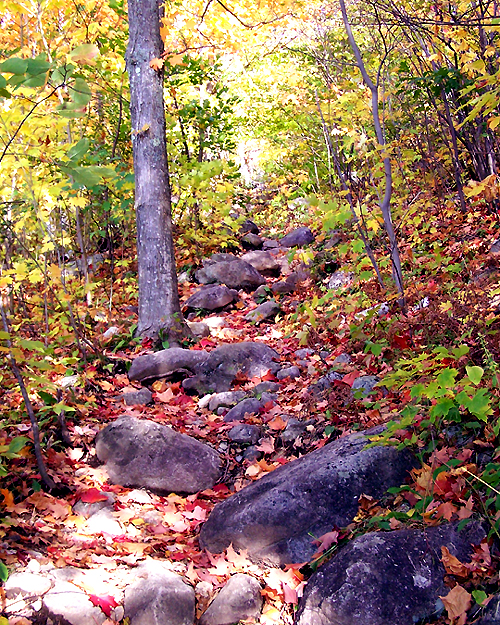 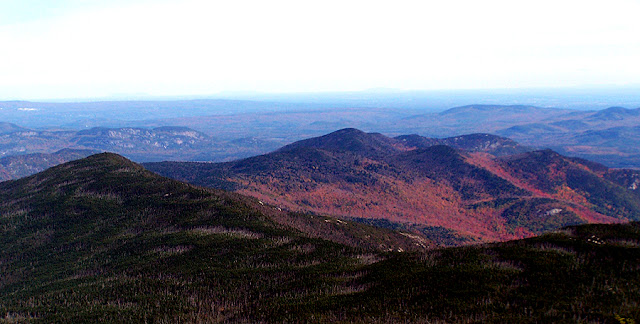 Esther Mountain on the left 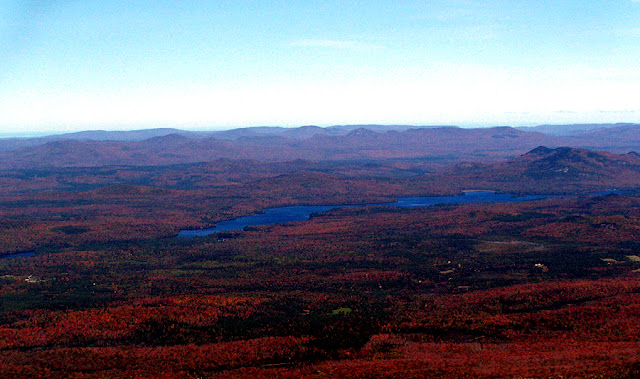 View from the open ledges below the summit 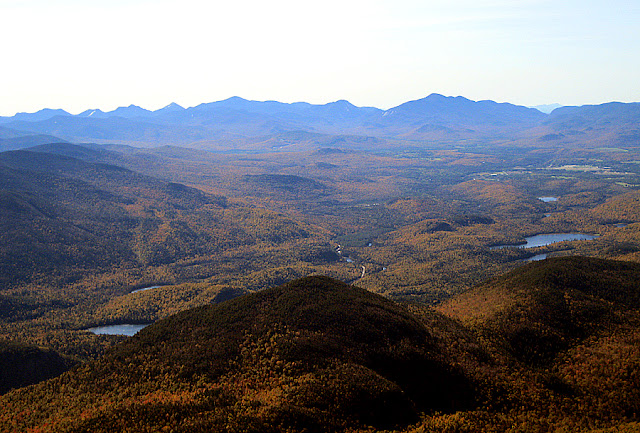 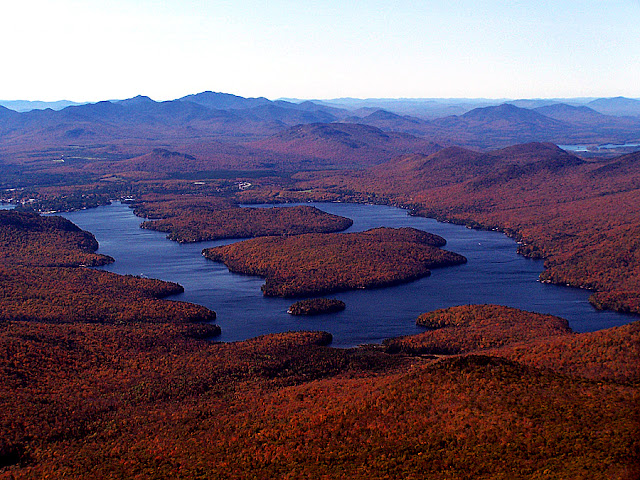 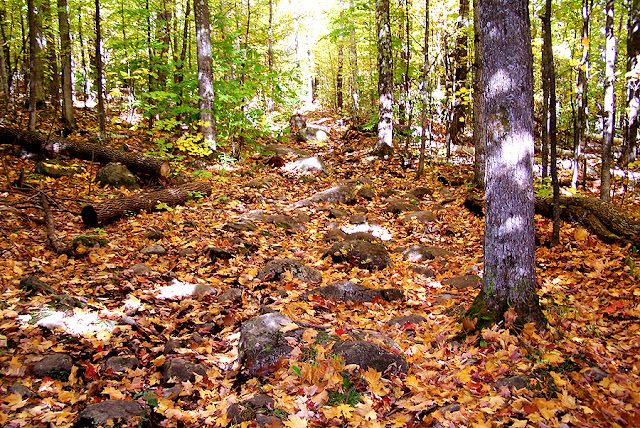