Trip Report:
- Mild weather has hit the White Mountain region for the most of the past ten days, with the exception of two bone chilling but snow free days last week.  Because of this the trails have taken on a spring feel again, luckily with the good early season snowfall the trails have a decent amount of snow and are snowshoe-able.
- On Tuesday afternoon I headed to Franconia Notch to meet up with Whitney, Tim & Gryffin.  They had hiked Mount Hale in the morning while I took care of completing my work projects for the day so I could meet up for the Cannon hike.
- What can I say about Cannon Mountain from the Kinsman Ridge Trail, well, it's still steep as it ever was, but is definitely more enjoyable in the winter as the eroded trail is buried in the snow.
- We had a very pleasant hike up to the summit, even running into Mark, who we have hiked with before, and his friend Tom.
- The views were pretty muted as the cloud deck was at 4,000 feet, although there was a nice glow to the sky fifty miles to the south toward the Belknap Range.
- Nothing much else to add to this hike, other than Gryffin the Golden Retriever loved it, and as always it was nice to sneak in an afternoon hike!
- Good news, a monster of a snowstorm is baring down on the mountains, looking like a foot to two feet are about to wallop the White Mountains on Thursday into Friday, setting up for a perfect winter wonderland in the mountains for the New Year!! 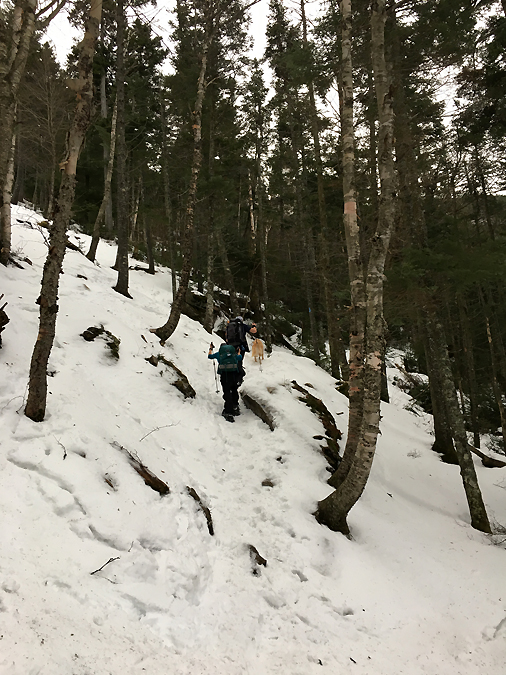 The Kinsman Ridge Trail criss-crosses through some ski glades on the way up.  After Thursday snowstorm watch out for skiers! 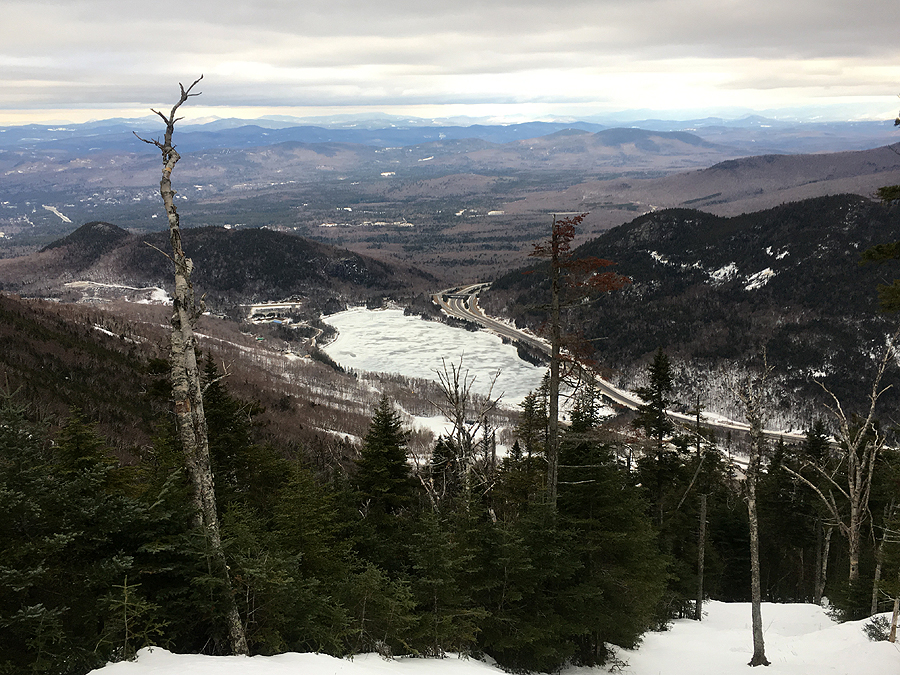 There's a great view of Echo Lake about a mile up the trail, a great place to catch your breath on the way up the steep trail 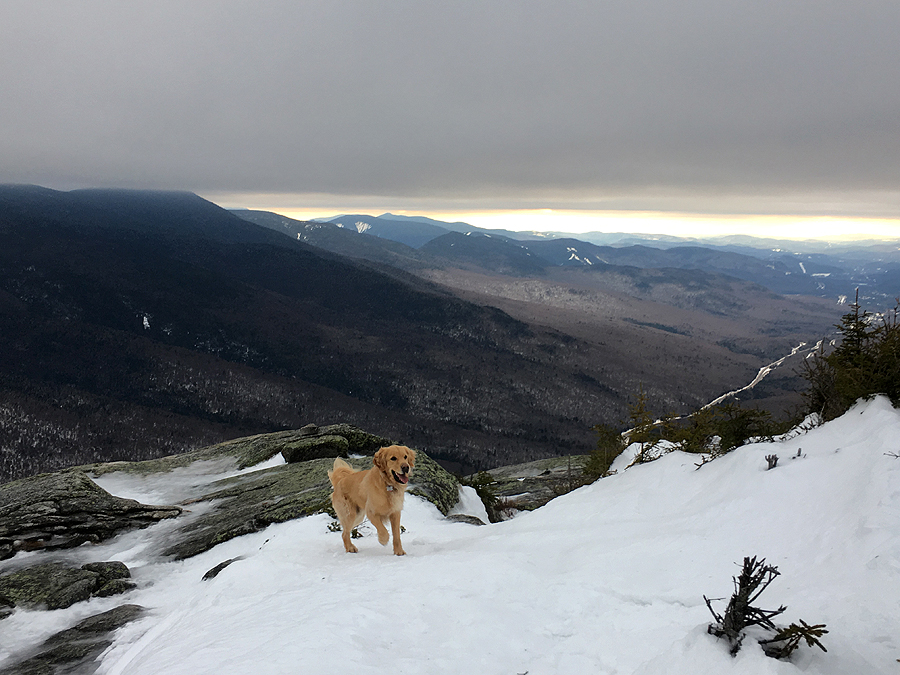 Gryffin enjoys the view!  After a mile-and-a-half the trail pops out of the woods and is partially open to open the rest of the way up to the ridge 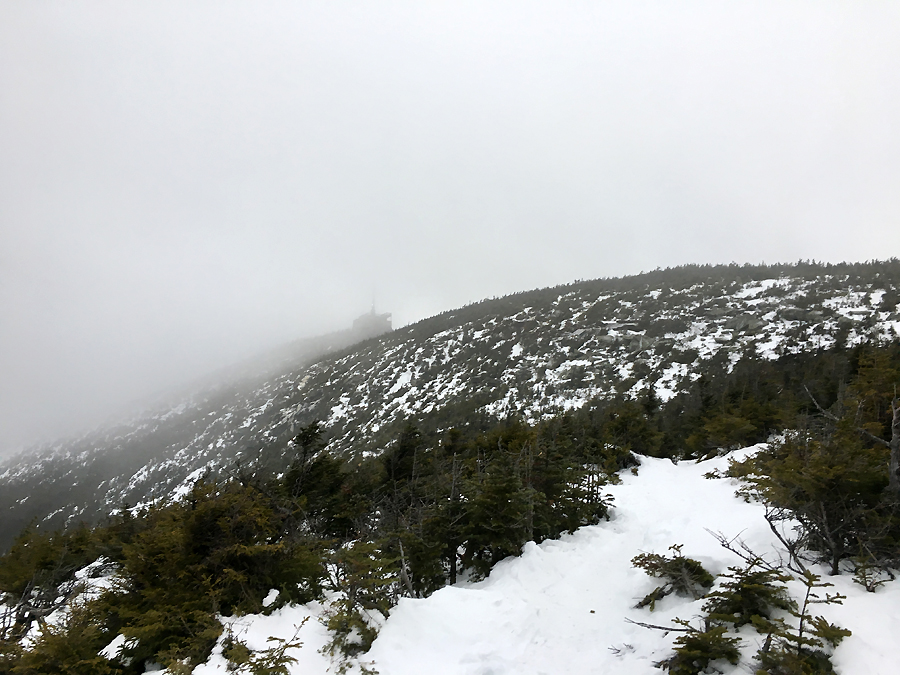 Heading up to the summit of Cannon Mountain 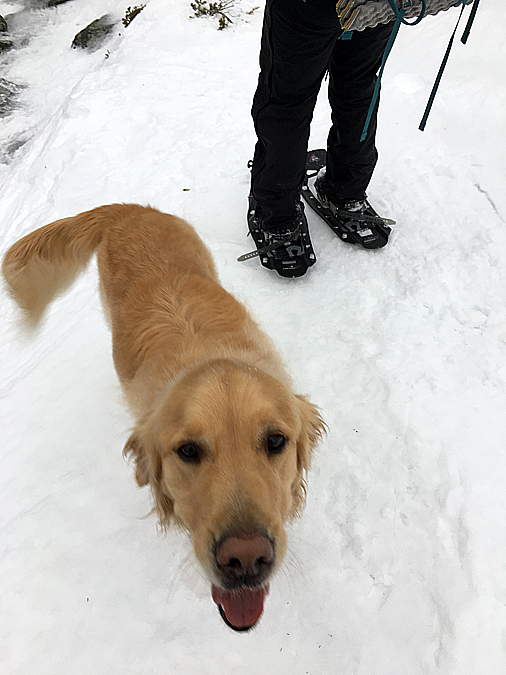 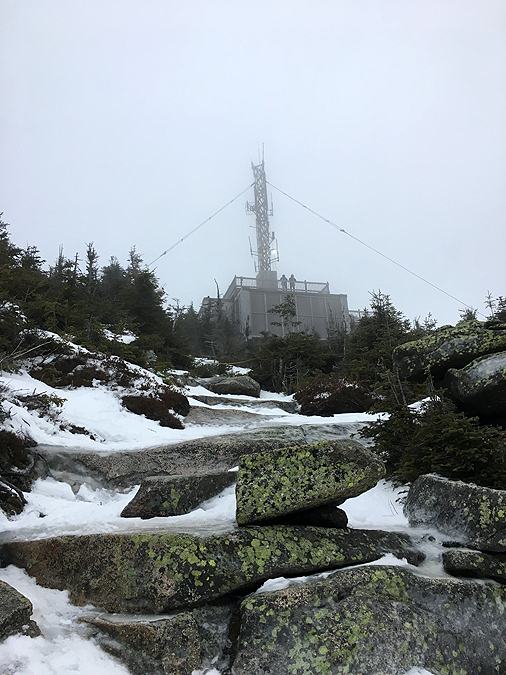 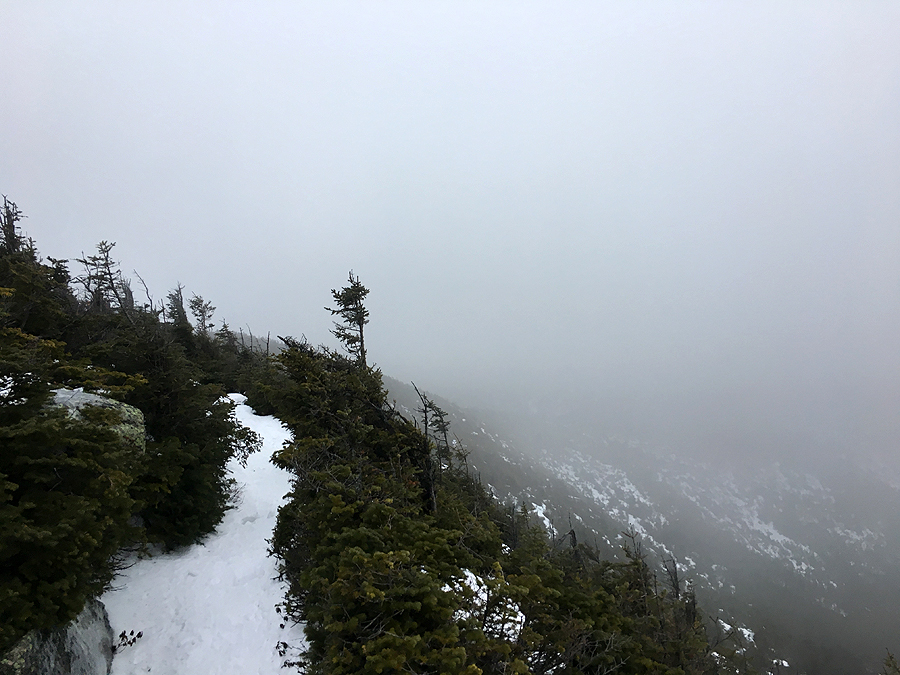 Heading back down into a cloudy abyss 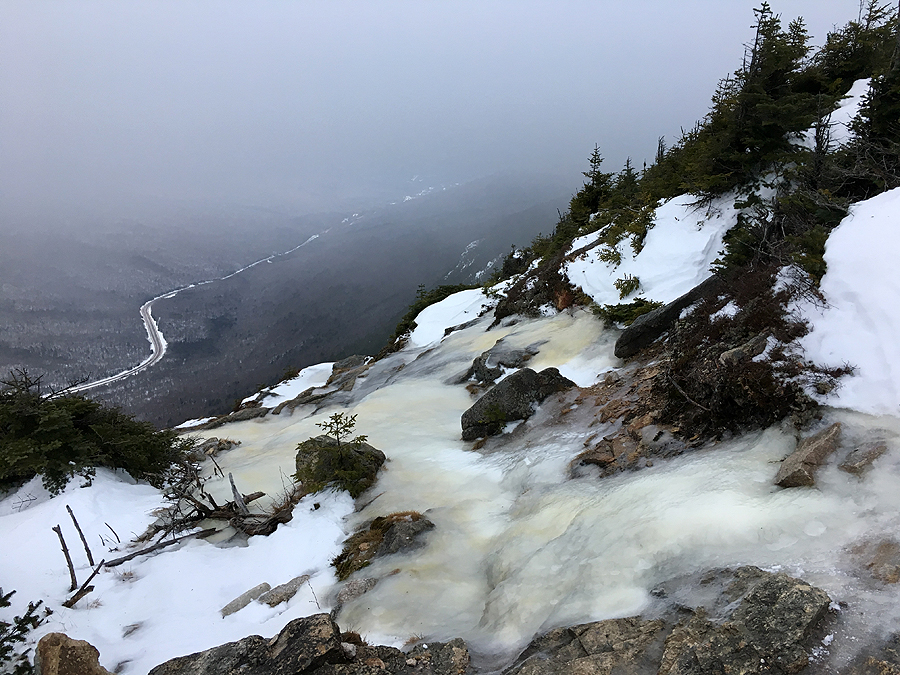 Some ice flows as a result of the recent mild temperatures 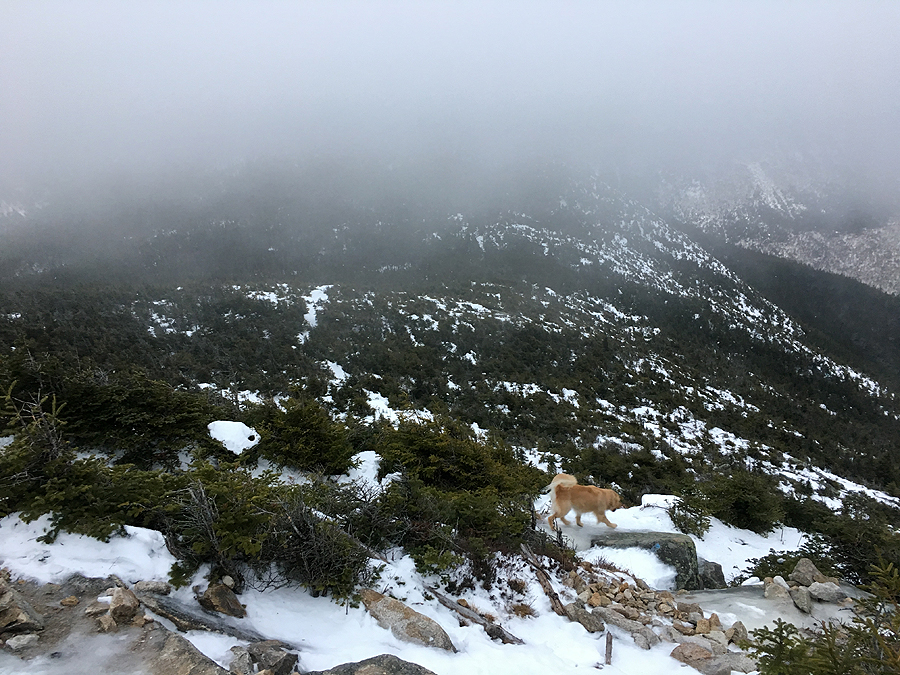 Gryffin leads the way back down 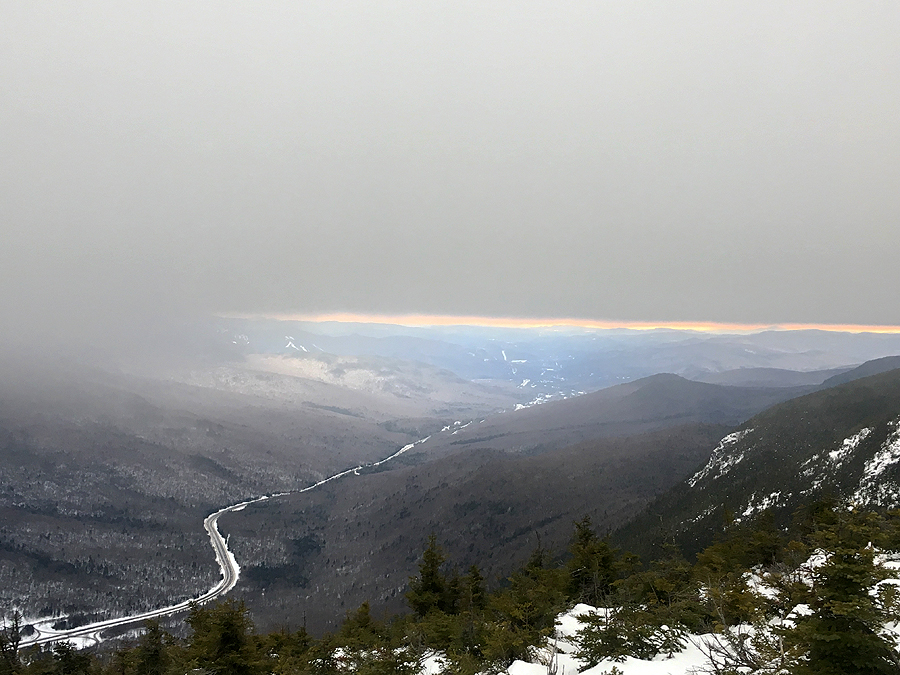 Nice glow to the south, notice how thick the clouds are, just a blanket of gray 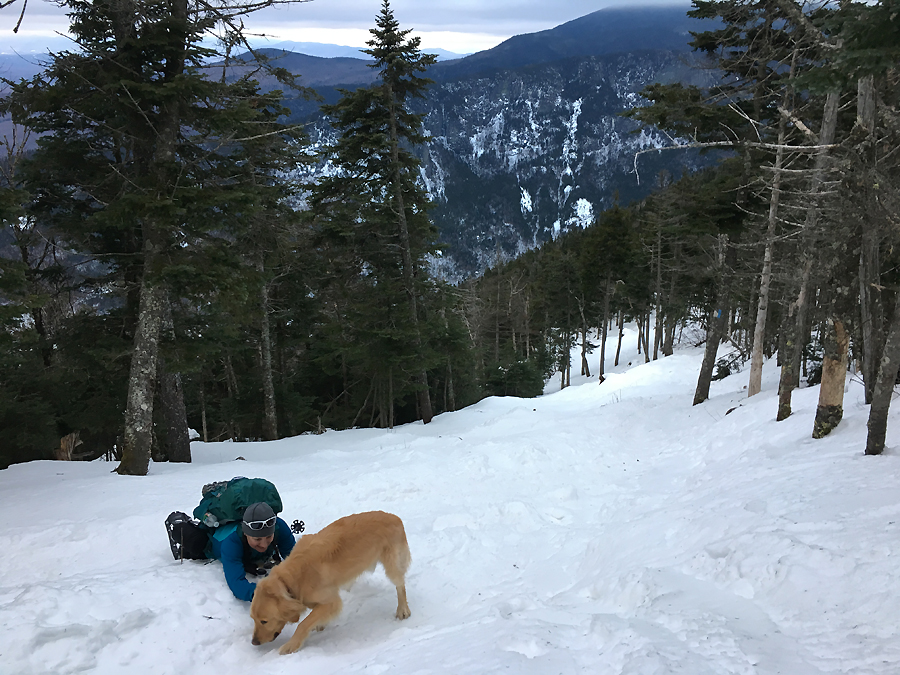 Whitney and Gryffin play in the snow 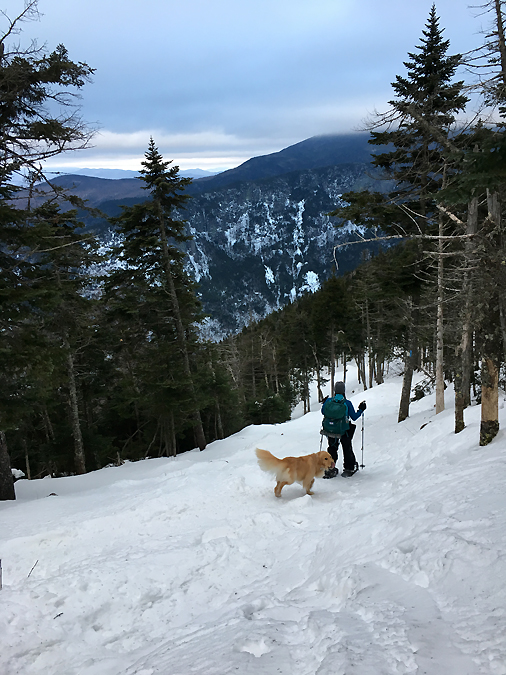 Heading back down through the glades 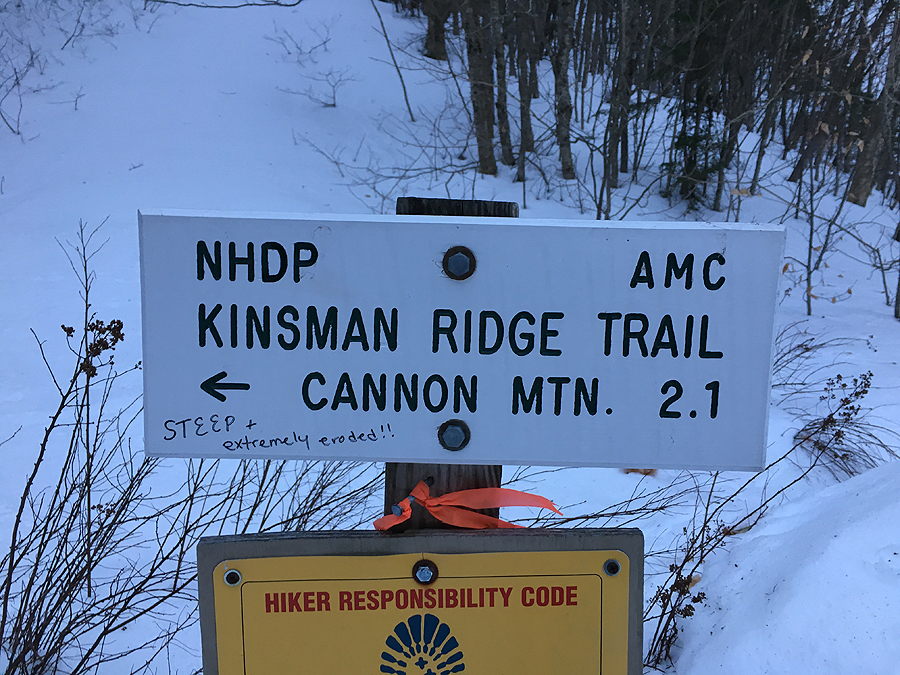 Yes it's steep, no need to write that on the sign.  As much as I love the mini explosion in hiking due mostly to social media, this sometimes is a result of that explosion.  Unfortunately, an idiot is an idiot no matter where they are. :(
Posted by Chris Dailey at 4:52 PM