Into the White: Mount Lafayette

Trip Report:
- With the lack of snow in the Adirondacks I decided to hold off heading back up to the High Peaks until the big snow returned.  I had no plans to hike until Kelsey invited me to do a classic Franconia Ridge Loop with Jack Puppy, Kristina (AKA Dangergirl, click here for her trail running site), and Kristina's mountain biking and ultra-running friend from Connecticut, Jane.
-  We started hiking on the Old Bridle Path just after 9:30 a.m. with Jane and Kristina setting a blazing pace.  It was very impressive to see them effortlessly ascend the agonies and it was fun chasing them up to Greenleaf Hut!  We caught some fading views below us to the south leading out of Franconia Notch.  Unfortunately, the higher elevations were blanketed in clouds.
- When we reached the hut we all layered up for the hike above treeline.  The weather reports called for high winds and cloud cover above treeline with a chance of snow. The wind did pick up as soon as we reached treeline, I would guess a steady 25 mph with 35 mph gusts.  It would blow the snow around and hit us in the face at times but there were never any issues of following the trail even with the cairn to cairn low visibility.  Just before the summit we turned around because Jack's fur was freezing up and his eyes were forced shut.  It was a wise move as we were also getting a little to spread out and the last thing we wanted was Kelsey to bang a left at the summit and roam around the dreaded Garfield Ridge Trail!
- The decent back to the car was a fast one, we ran into a dozen or so hikers heading down and up.  There was a lot of activity on the ridge Saturday and lots of hikers had a great  winter experience on the ridge!
- After the hike we headed to the Common Man in Ashland to warm up and have a well deserved drink and some yummy food.  It was great day out in the Whites and it was nice of the girls to let me tag along! 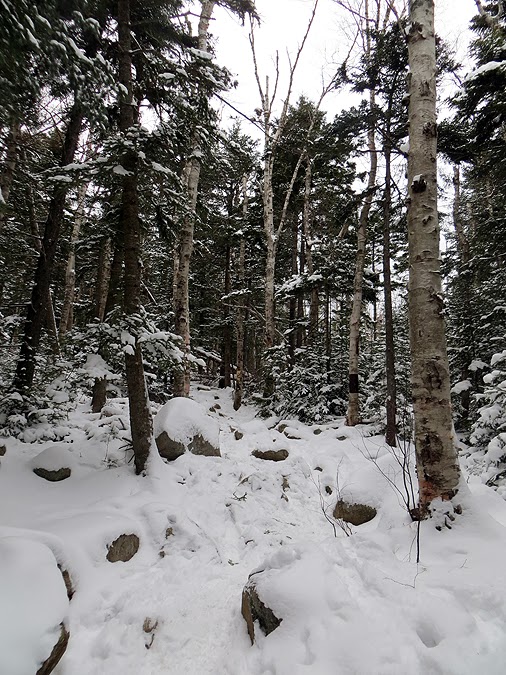 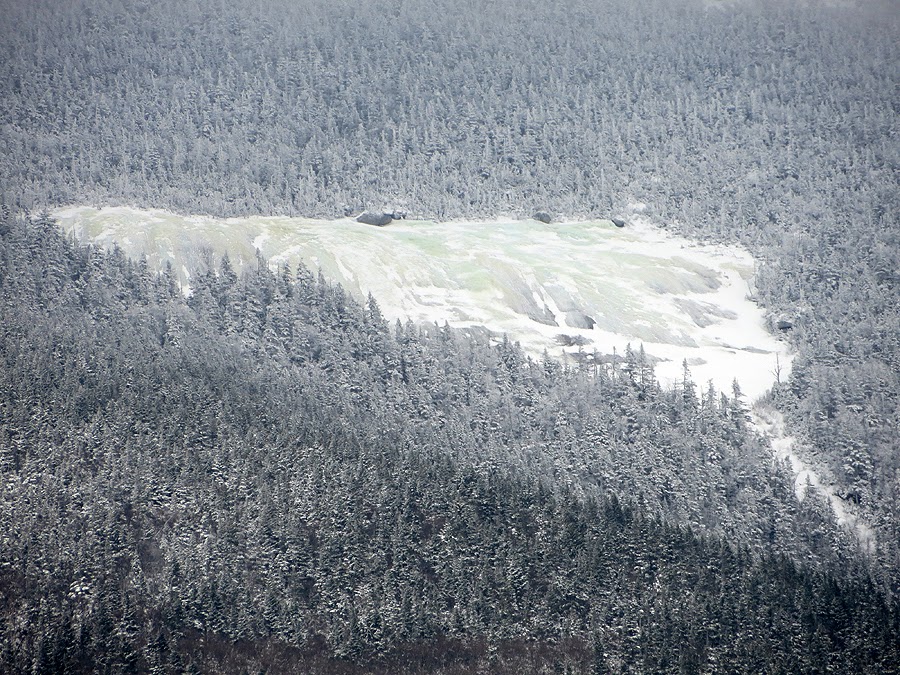 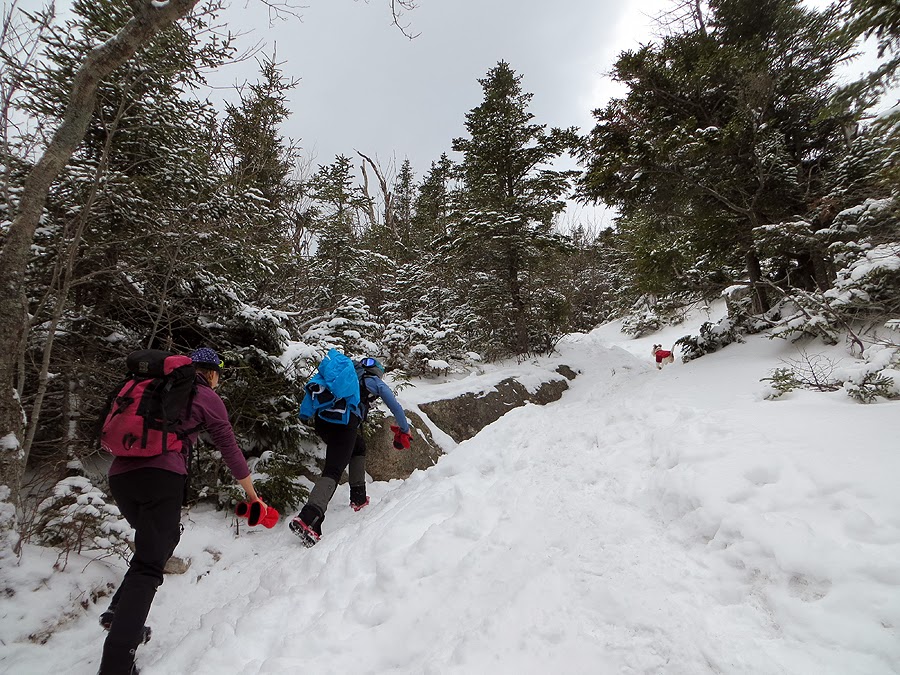 Jane and Kristina take the lead 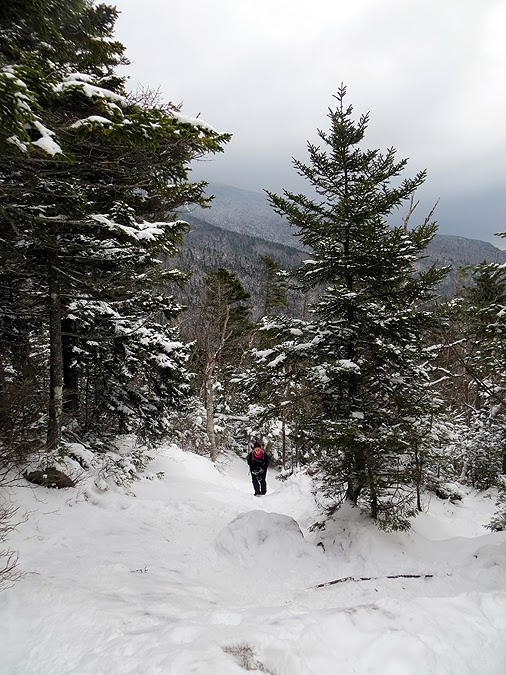 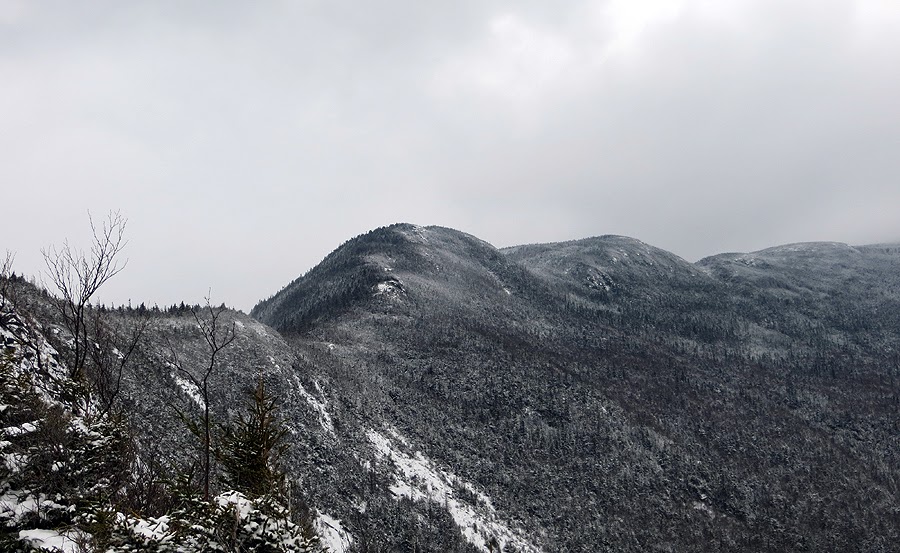 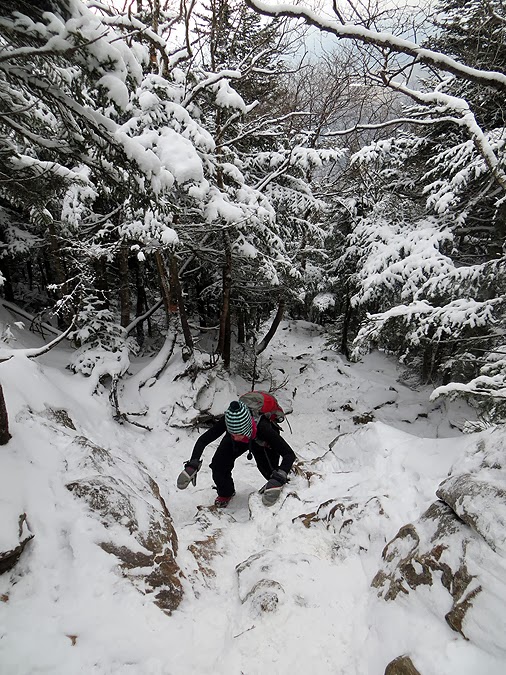 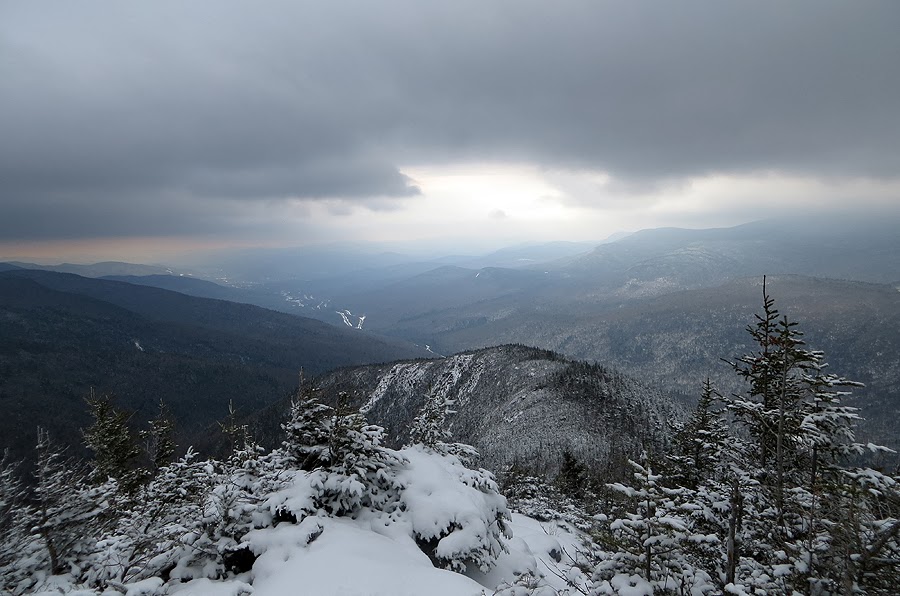 View out of Franconia Ridge 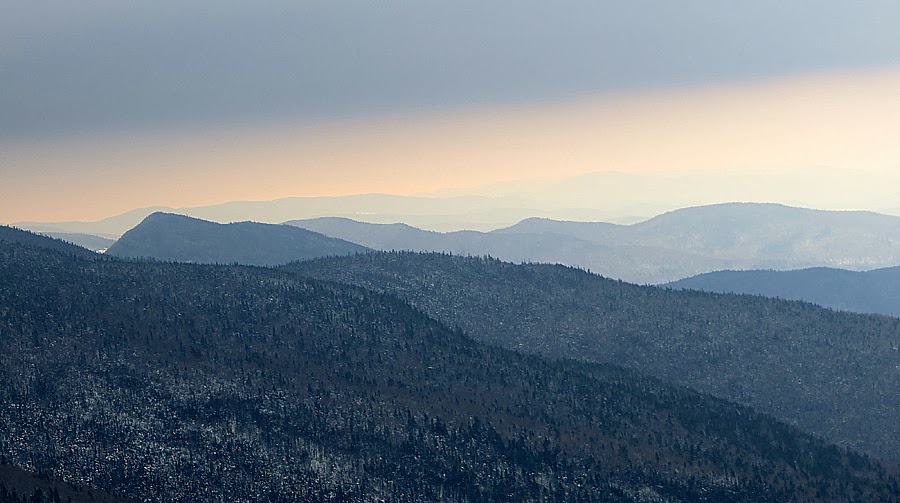 Nice purple and pink sky hovering over the White Mountains 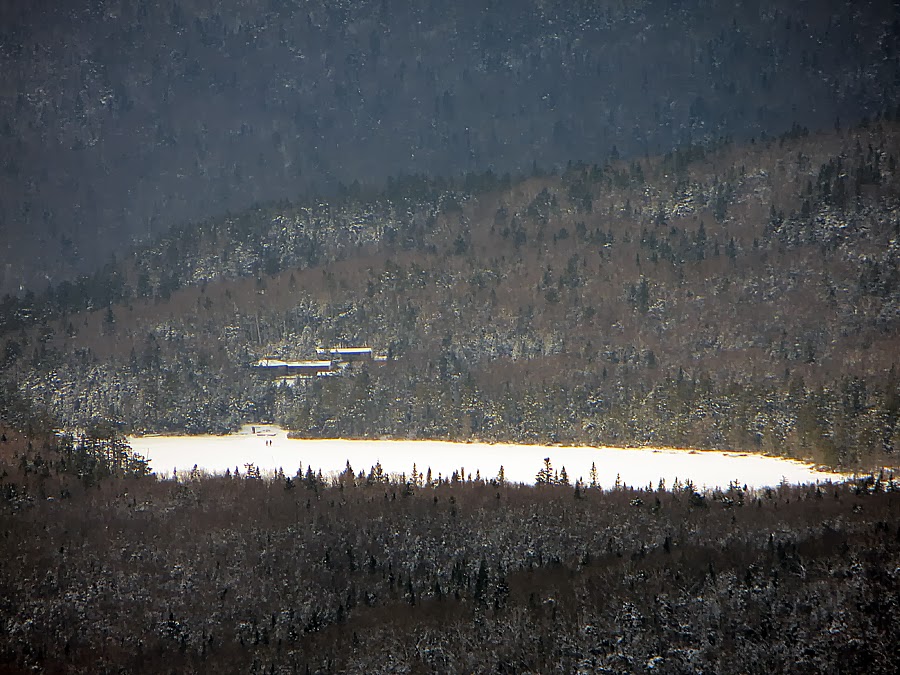 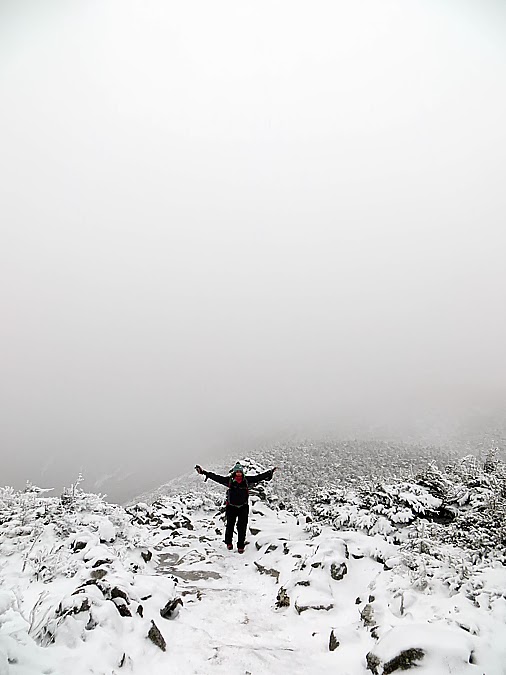 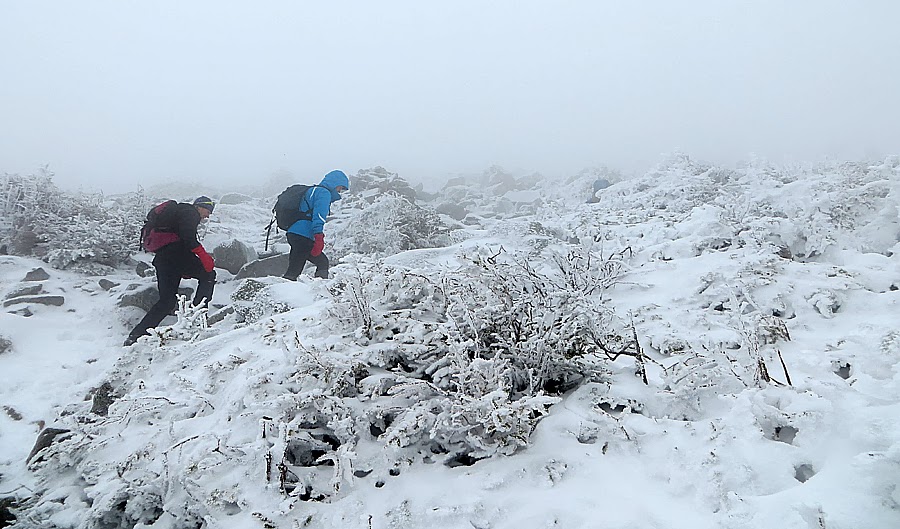 Jane and Kristina on Greenleaf Trail 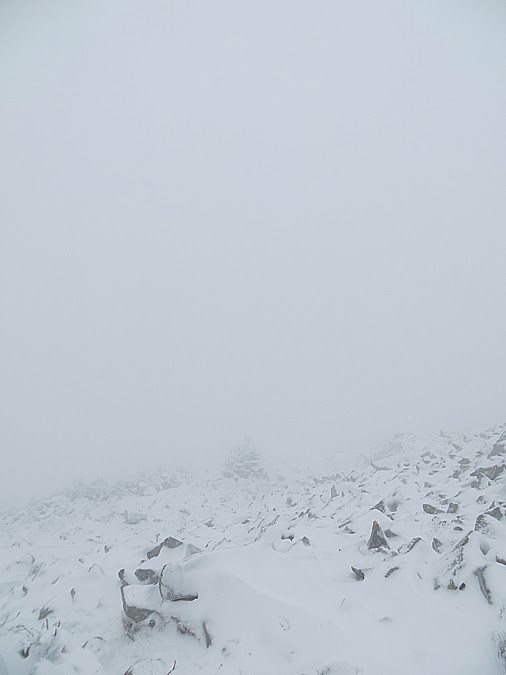 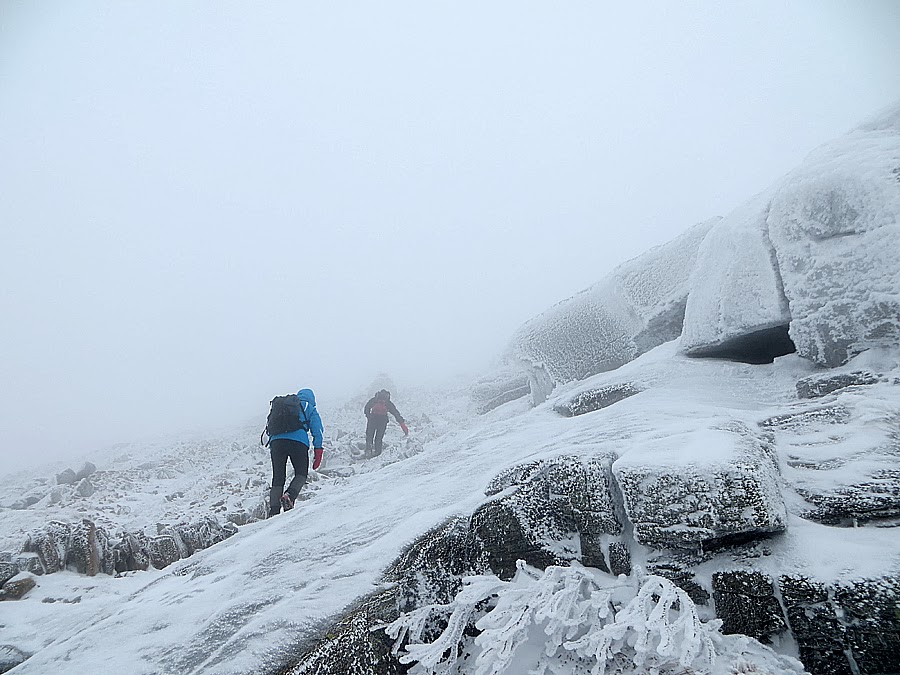 Kristina motoring up the trail 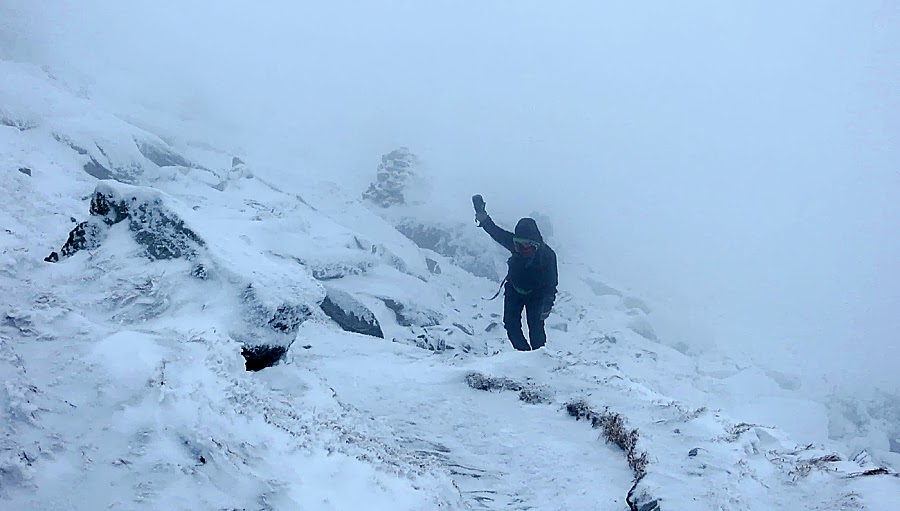 Kelsey, "Hey guys, I have a question!" 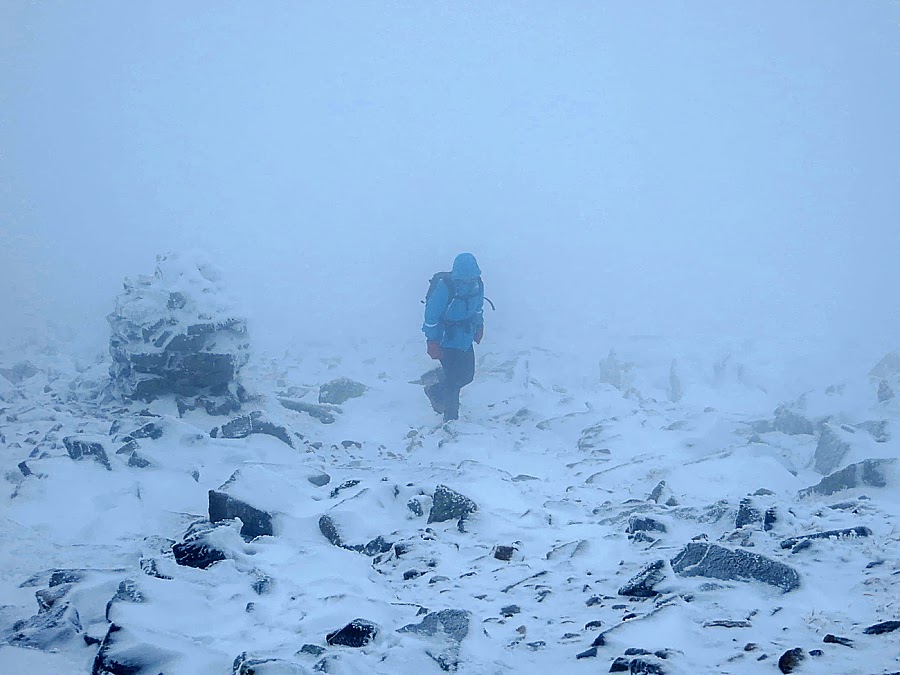 Jane battle the wind and pushes through it 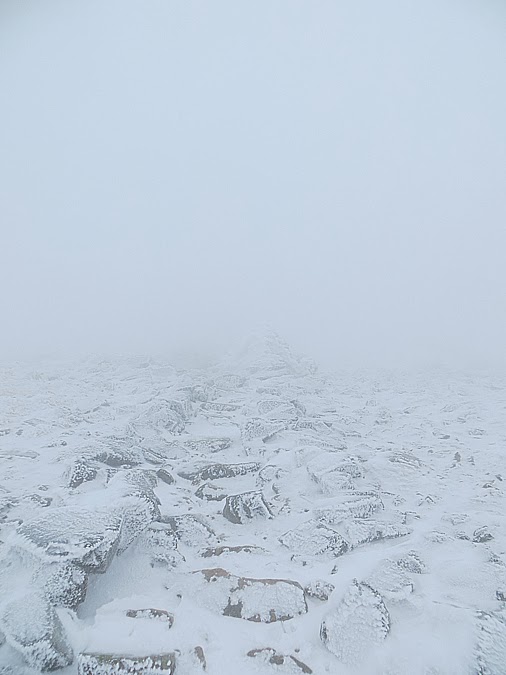 Is this looking up or down??!! 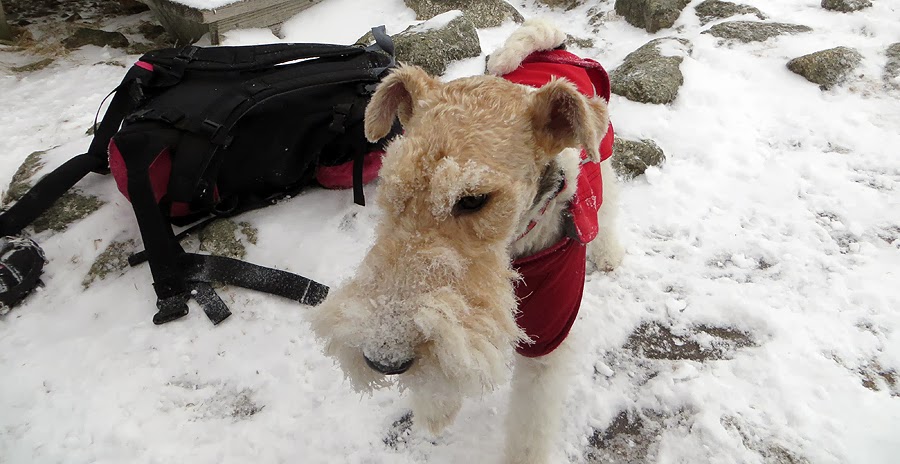 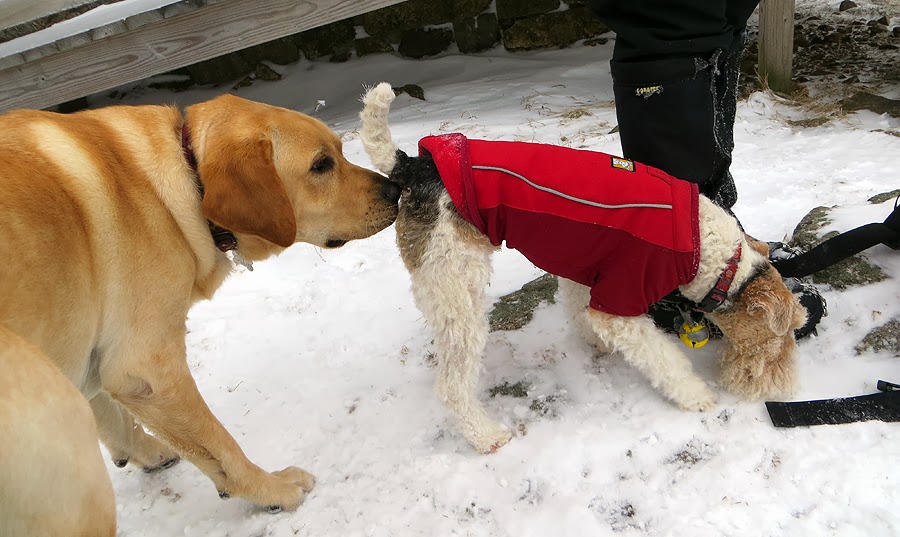 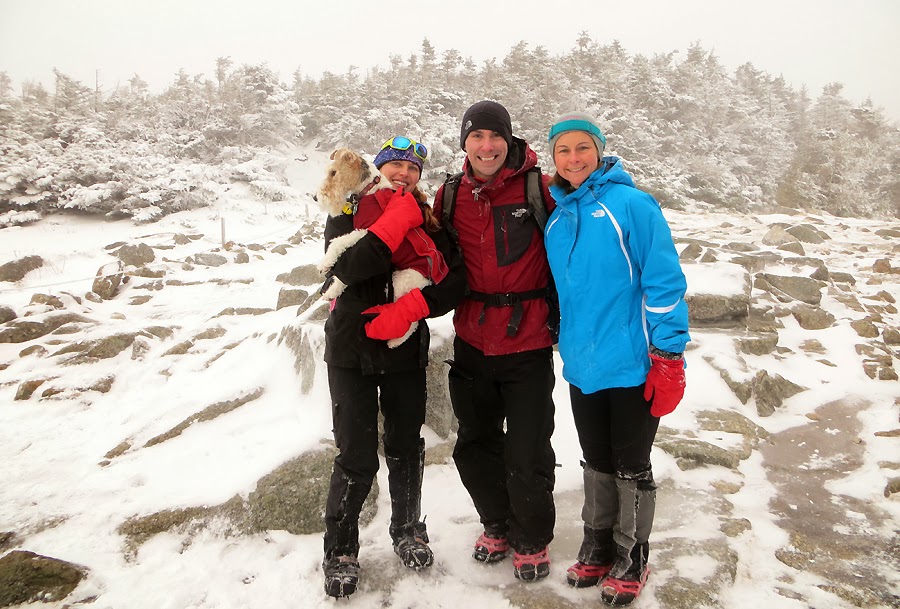 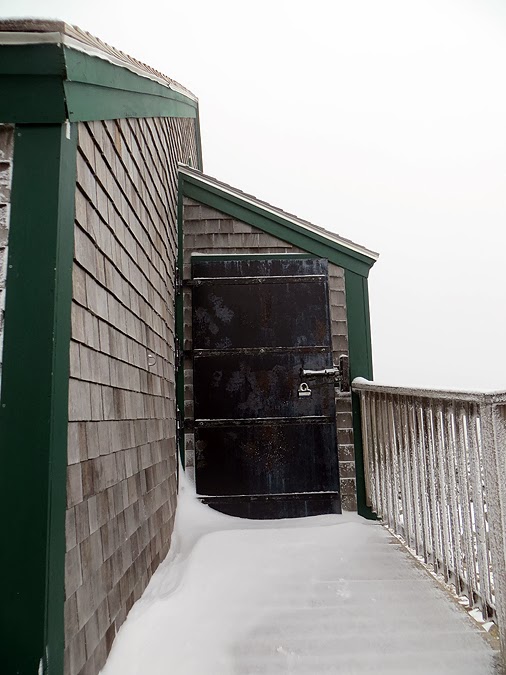 There is nobody home! 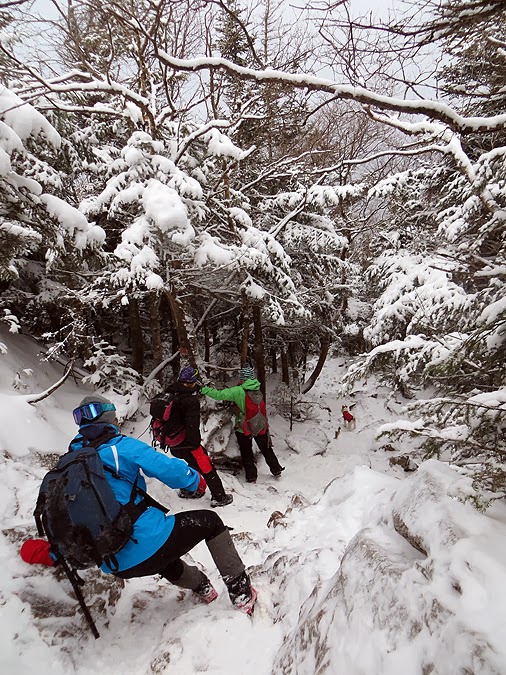 Actions shot down the steeps 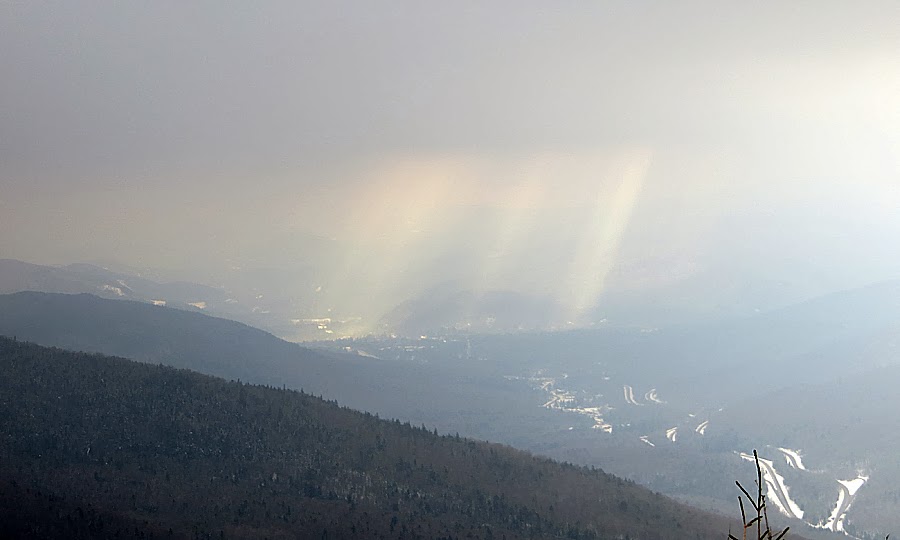 Sun shining through on Lincoln, NH 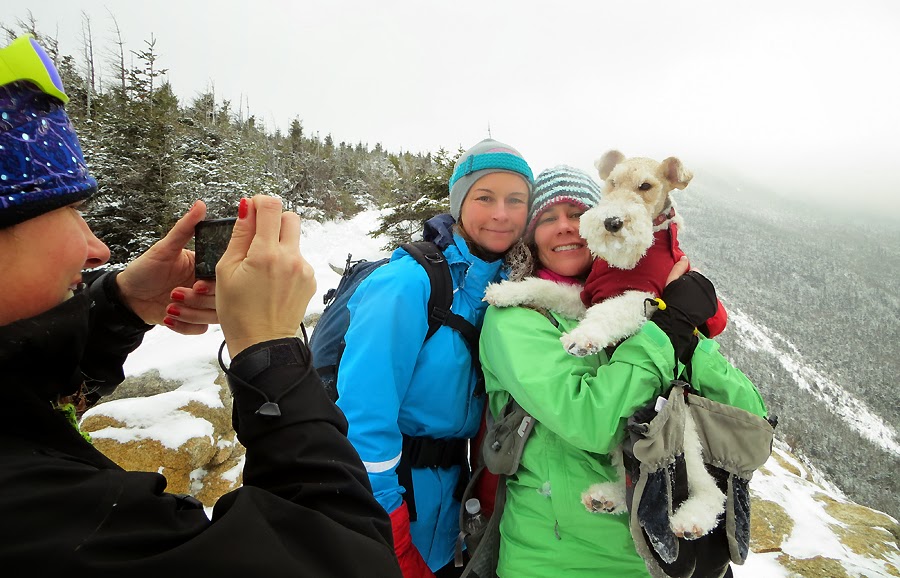 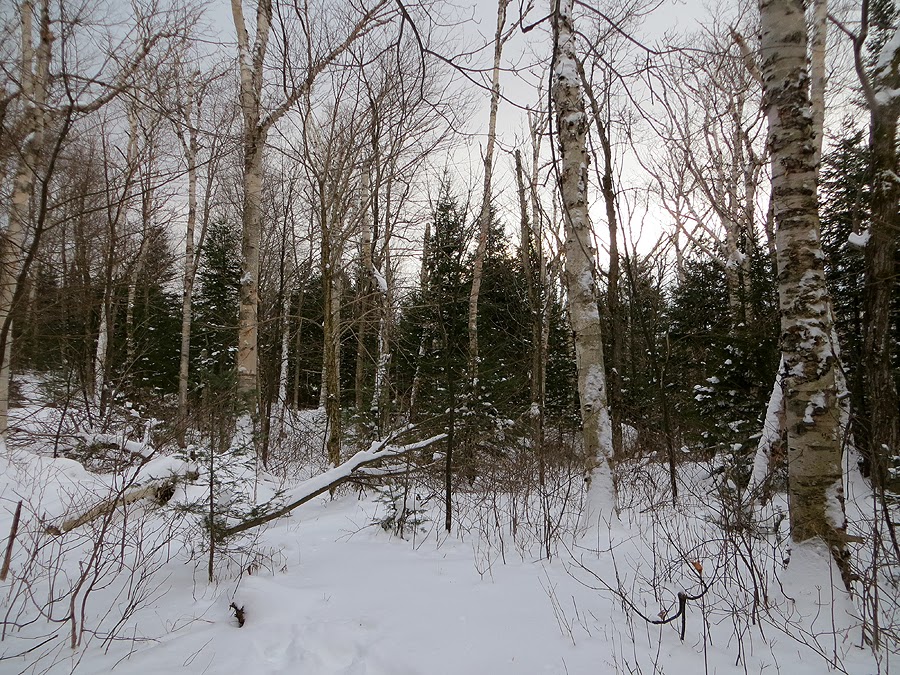 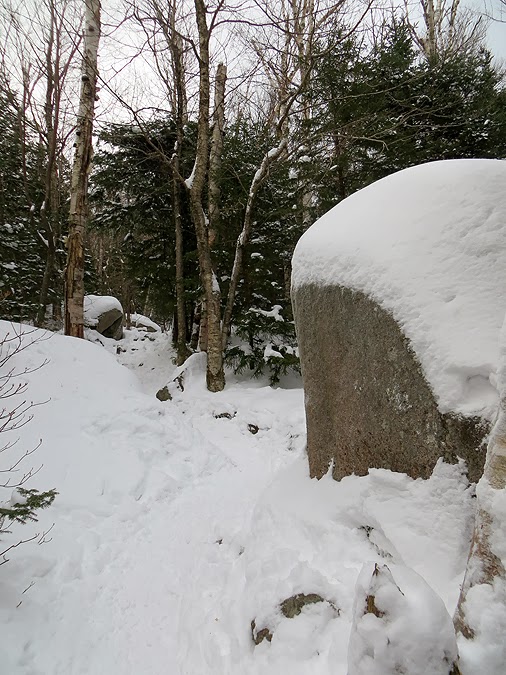 When you pass this rock you're almost home 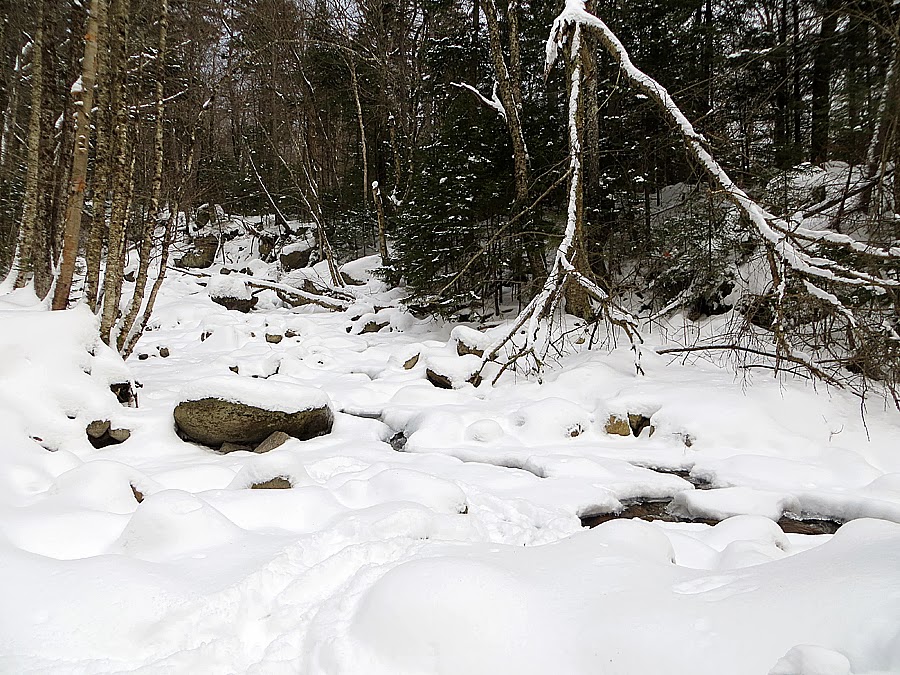 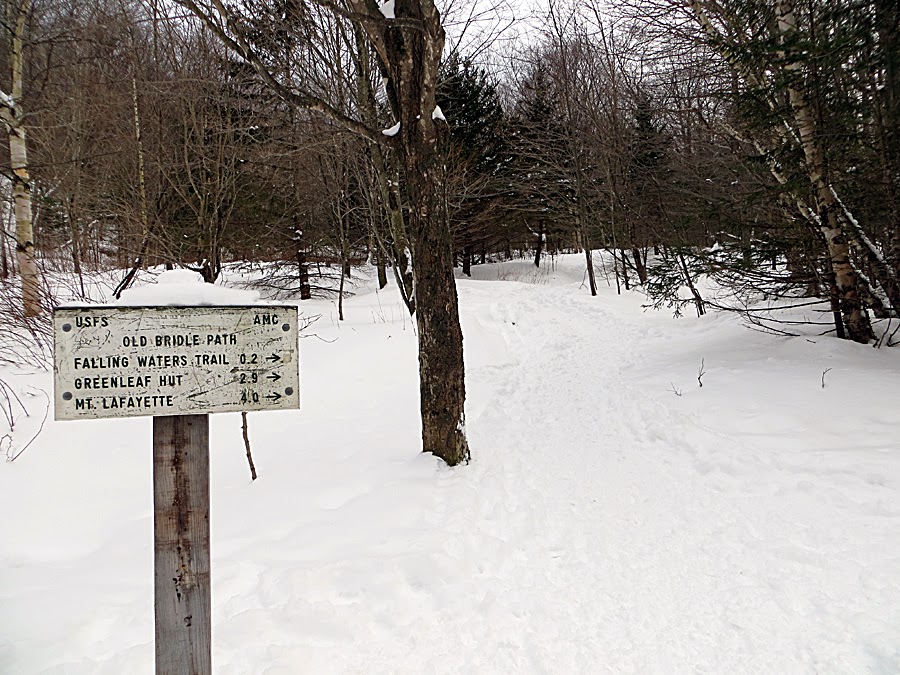