Trip Report:
- On Sunday I finished my Triathlon + NH 48.  Over the past two "snow seasons" of November through April, I have been heading to the Royalty Inn Athletic Club at 5AM for an indoor triathlon.   I start with a one mile swim (70 laps), followed by an uphill climb on the stationary bike (level 15, 12.5 miles, 2K+ elevation gain), ending with a 5K sprint on the treadmill (zero incline).  After completing the triathlon, I'd head home, eat breakfast, pack up the Jeep, and go hike a 4,000 footer or two, most of the time bringing Sarge with me!
-  It was an extremely fun endurance project that really pushed me physically, and just like my Grid finish in 2016 it was bittersweet as it came to an end.
- During the triathlon portion, I really enjoyed the swimming the most, followed by the bike, and the 5K was a distant last as I'm not a fan of running indoors, so I'd just turn up the speed and get off of it as fast as I could.
- Hiking after a triathlon was interesting but always enjoyable.  My legs were heavy but 99% of the time I felt as fresh as one could considering what I was putting my body through.  I fueled/hydrated as I would during one of my summer 40+ mile trail runs/hikes and that kept me from cramping or having to stop from getting too weak.
- I had a tremendous finishing hike of the Bonds, it felt like mid April and was one of the easier winter hikes of the Bonds I had experienced.  The only downside was the warm temperature made the snow sticky so I had to leave Sarge at home since his hair is velcro with the snow.  Luckily, I ran into a few familiar faces and was able to share some trail time with them at different points during the day.
- Now that this project is over I will focus on my remaining RUNNH 48 peaks when the conditions warrant, then I will  look forward to the snow free months for some interesting ultra routes I've been mapping together for solo runs and runs with my trail running friends.

Below is the chart and a few of my favorite pics from the past two years of doing this. Enjoy! 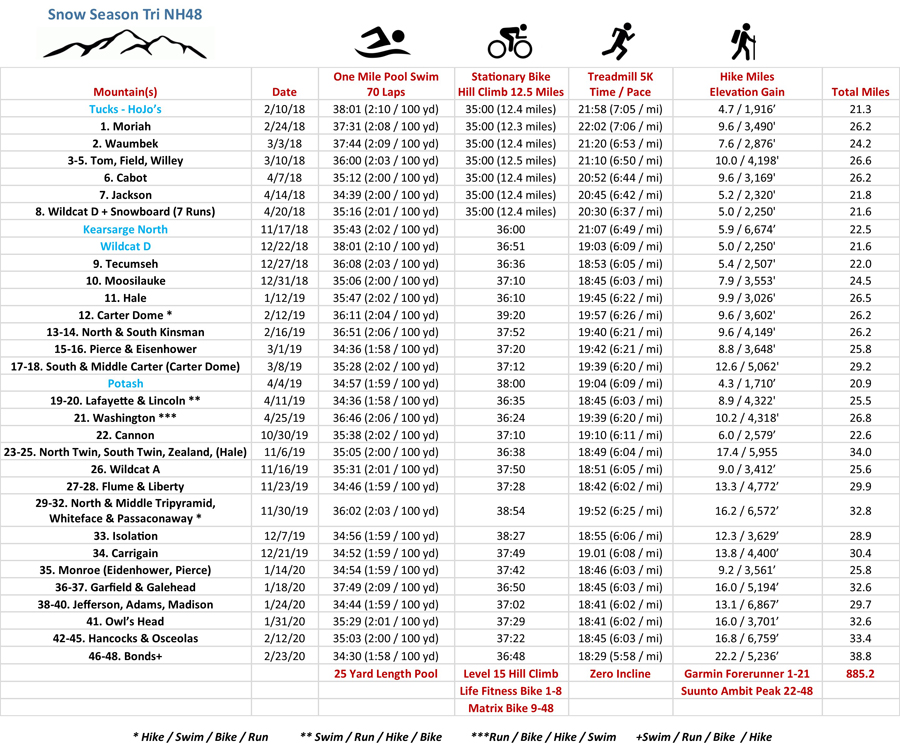 The breakdown. I sandbagged the first few 5K's before realizing I could go at race pace and still feel fine hiking. 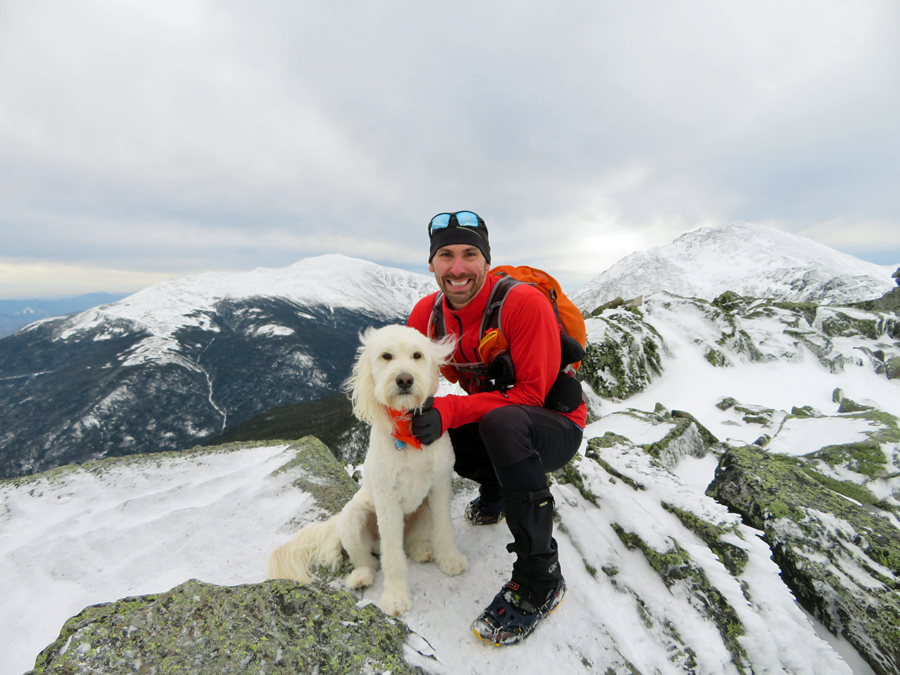 Summit of Madison with Sarge! 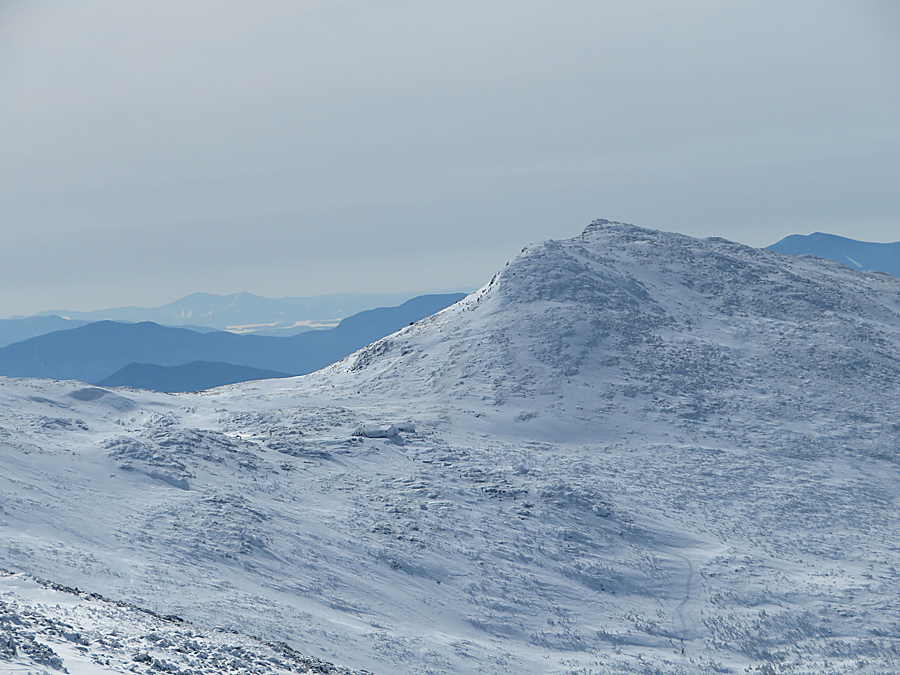 Mount Monroe as seen from the Gulfside Trail below Mount Clay 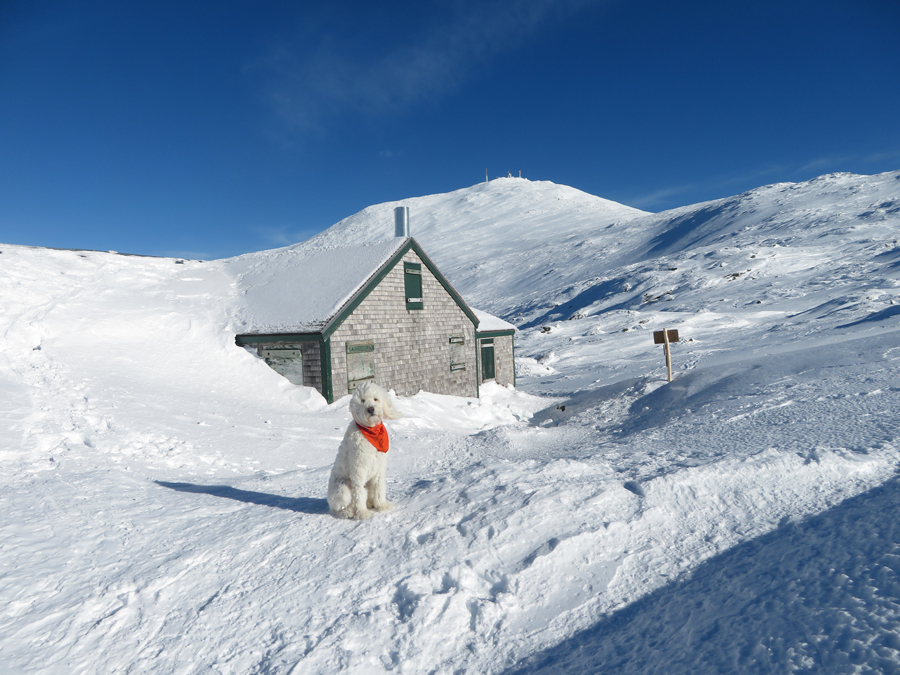 Sarge at Lakes of the Clouds Hut 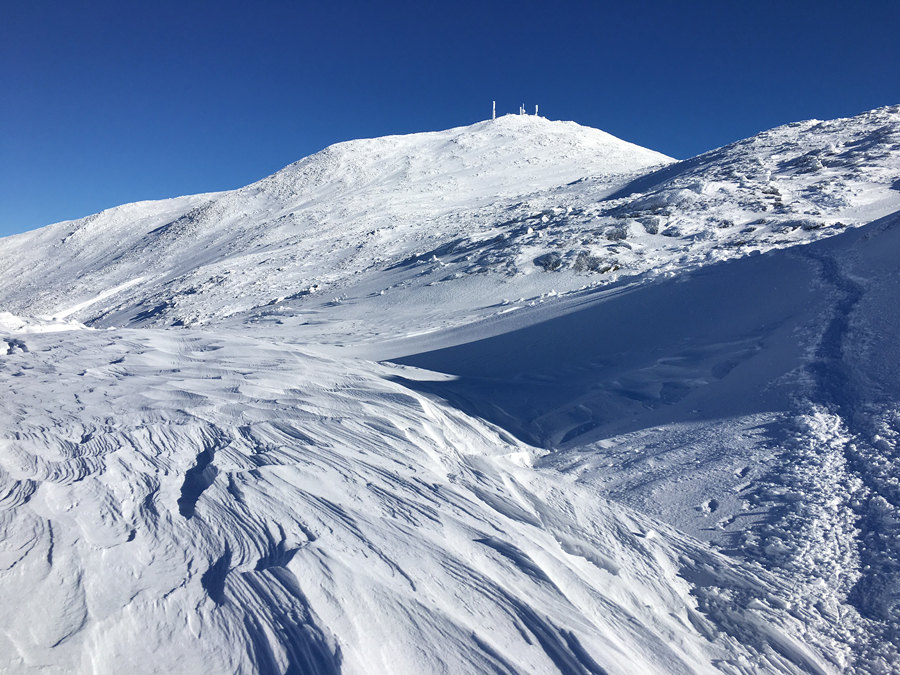 Mount Washington as seen from a buried Lakes of the Clouds 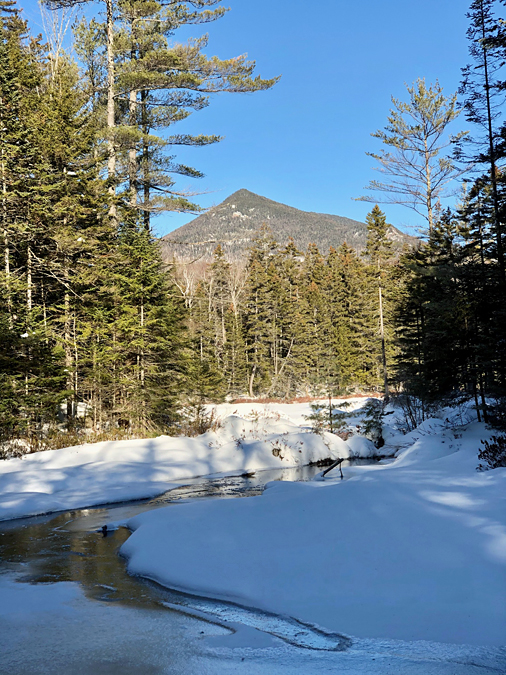 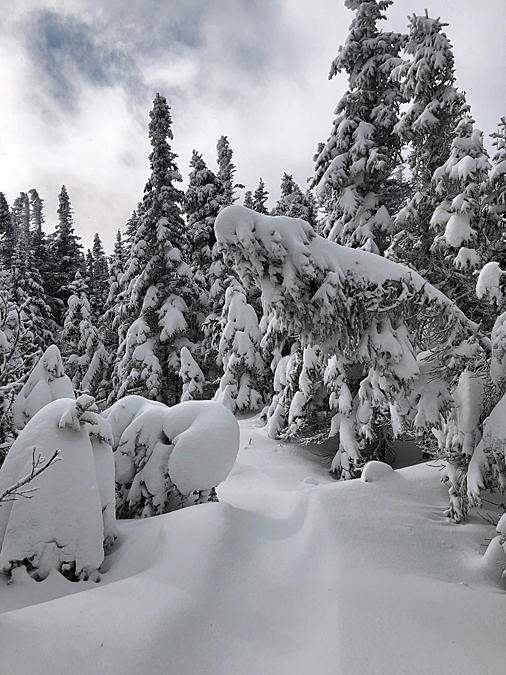 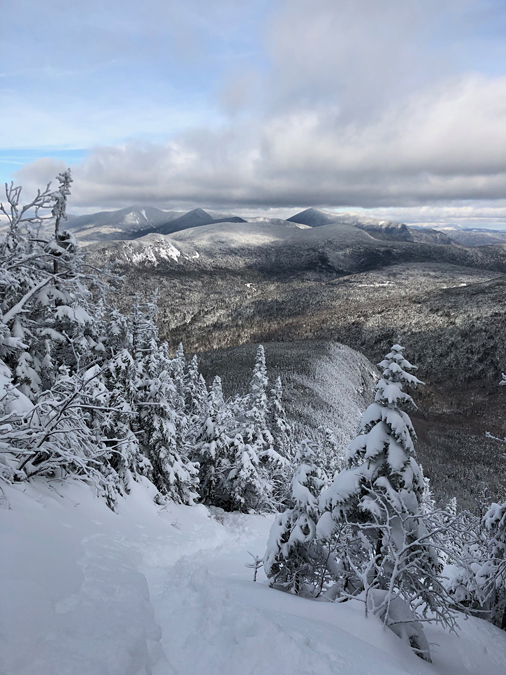 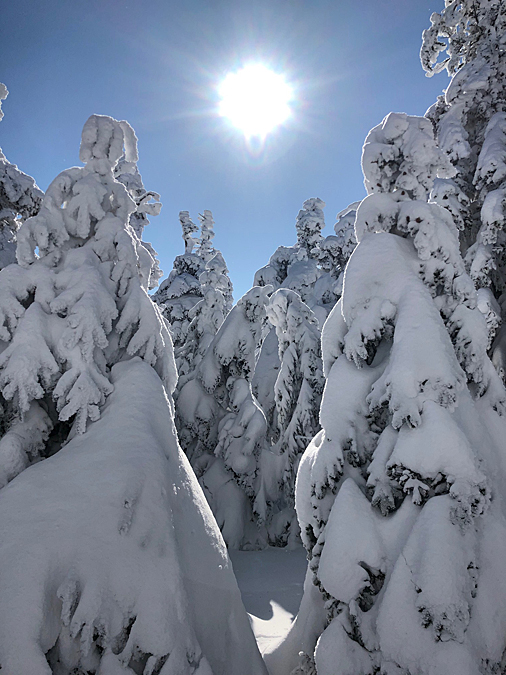 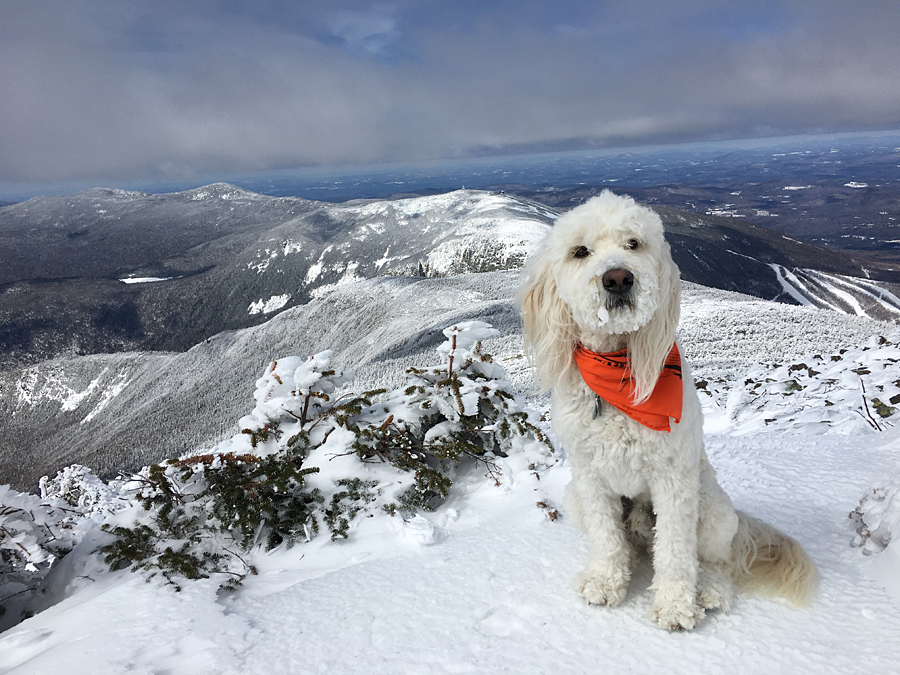 Sarge on breaking above treeline on the Greenleaf Trail.  Cannon, Kinsmans, and Lonesome Lake across the notch in view 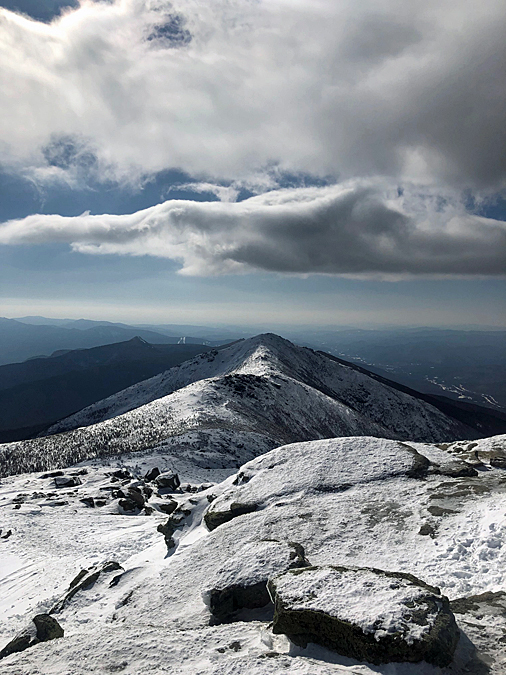 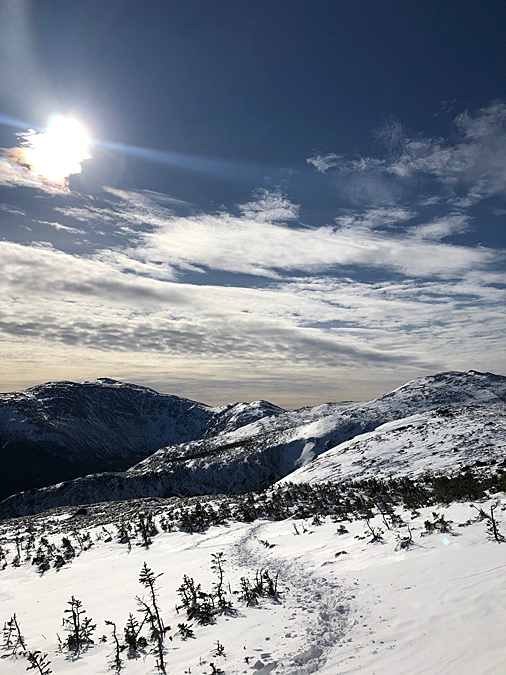 Heading south on the Gulfside Trail just past Thunderstorm Junction 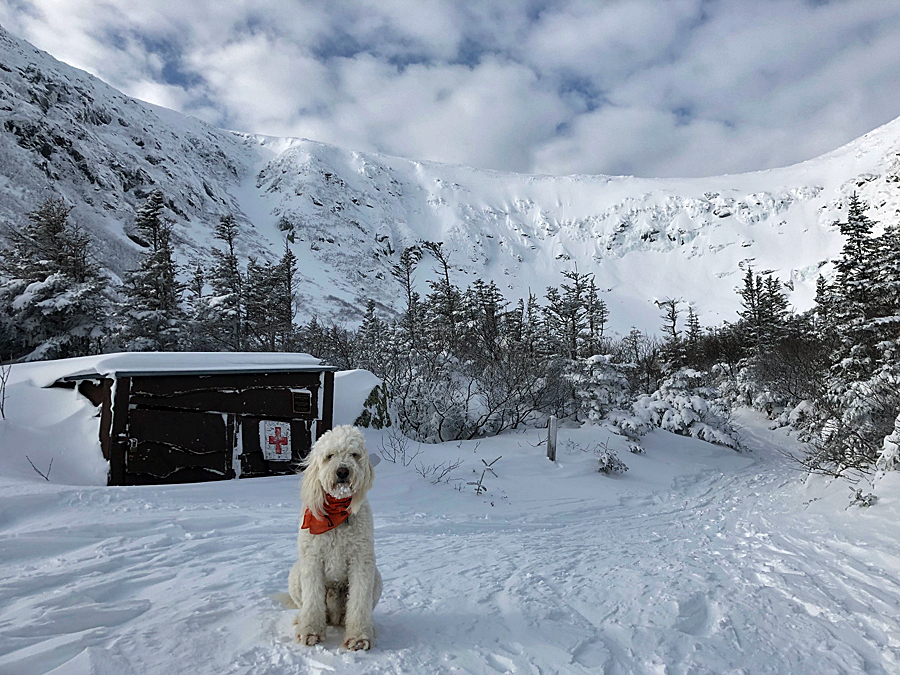 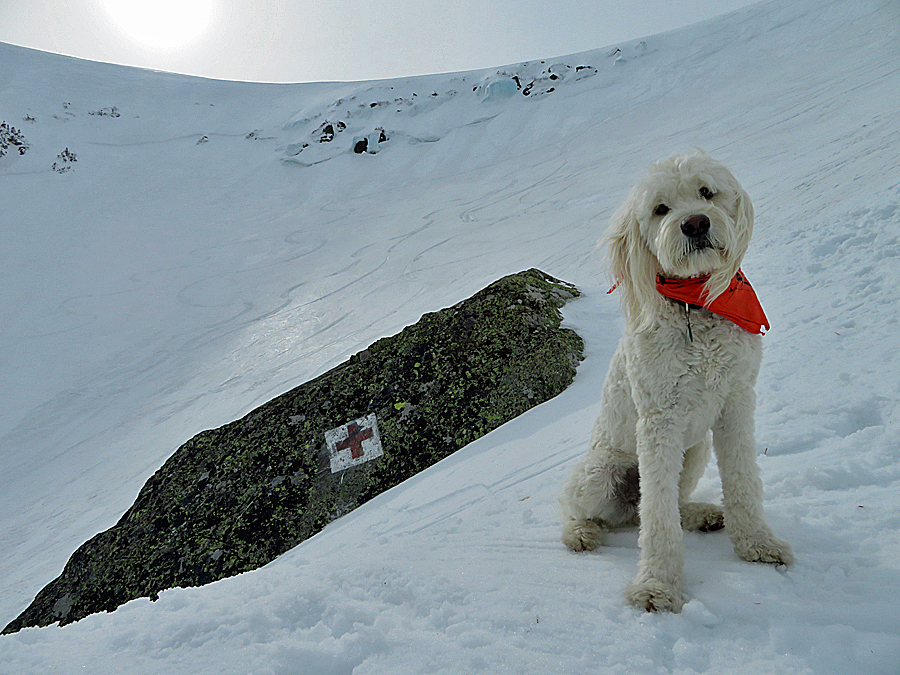 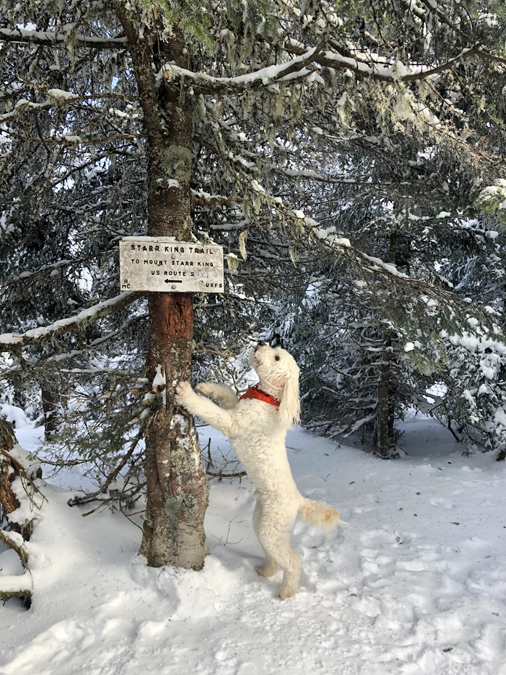 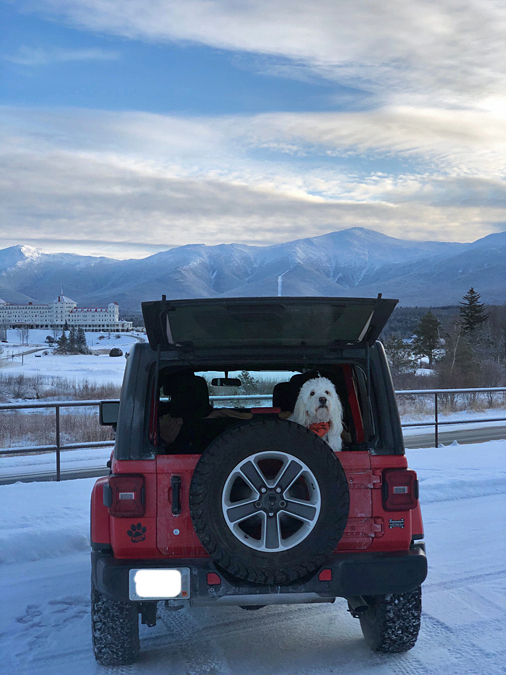 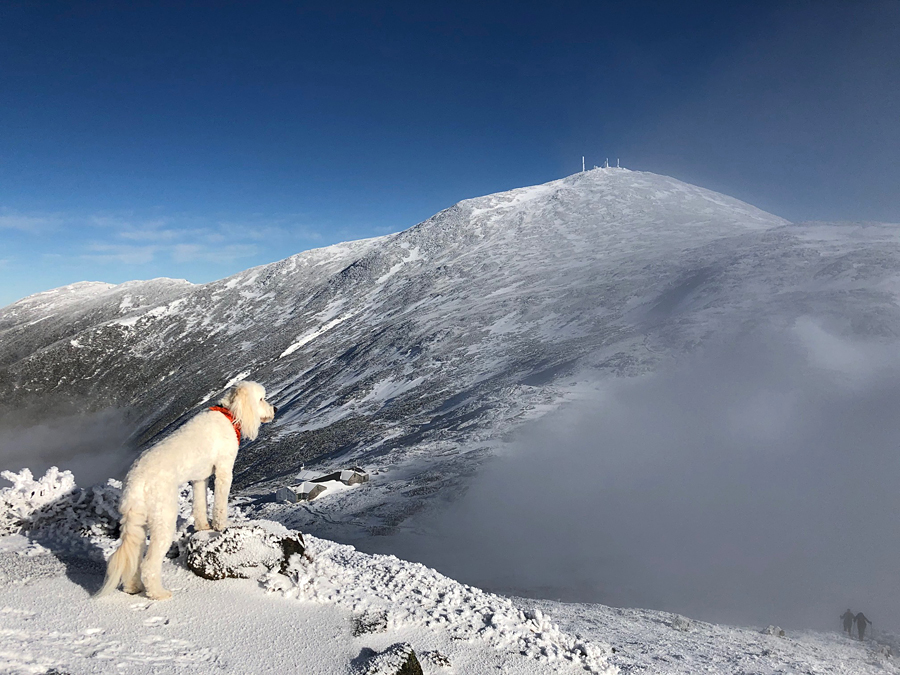 Sarge watching the clouds roll in over Lakes of the Clouds 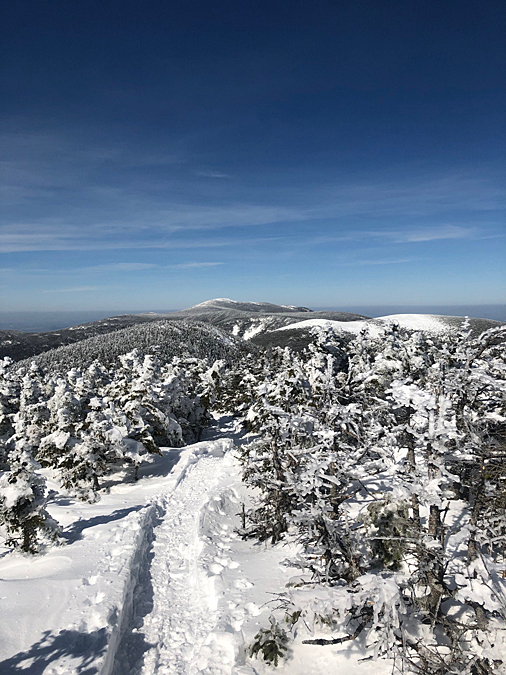 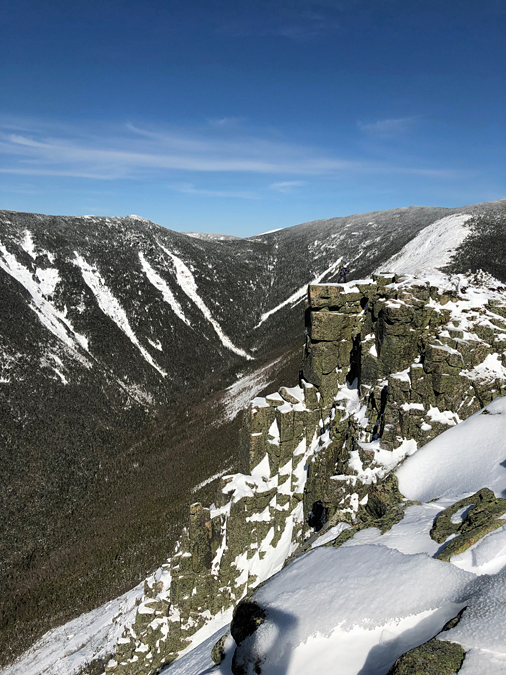 Bondcliff and Hellgate ravine
Posted by Chris Dailey at 2:12 PM