Last week Whitney and I had some free time to go explore some weird structures we had spotted over the past few months off the side of the road in the vicinity of Pinkham Notch.

First up is something that I have checked out before, it's a hunter's camp that a previous cut of the Stony Brook Trail used to pass through before it was relocated just a few hundred feet to the current trailhead. 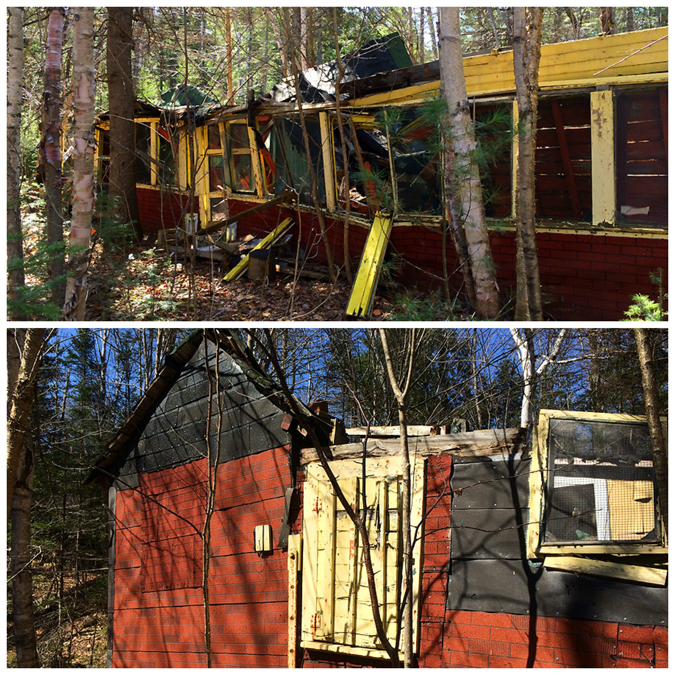 The old camp is falling down on itself.  I like the fake brick pattern siding! 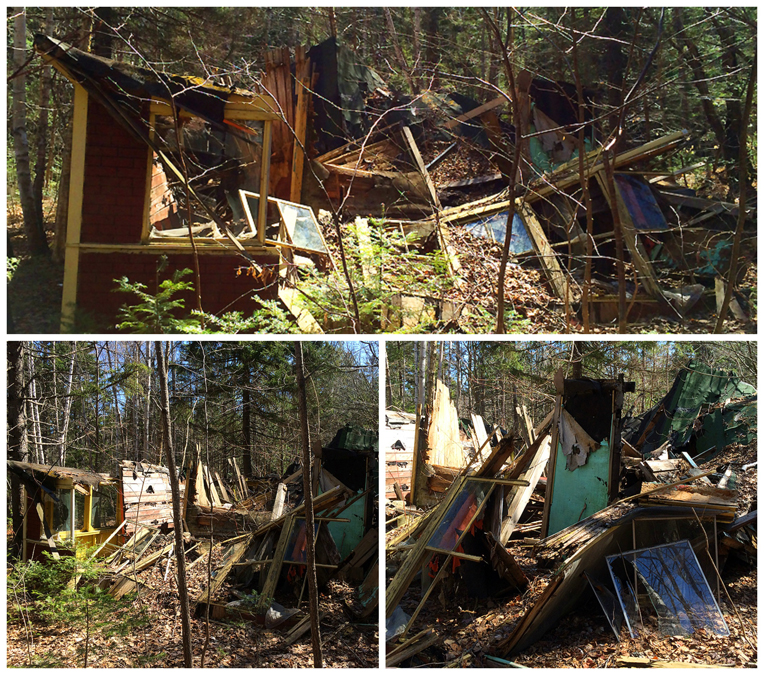 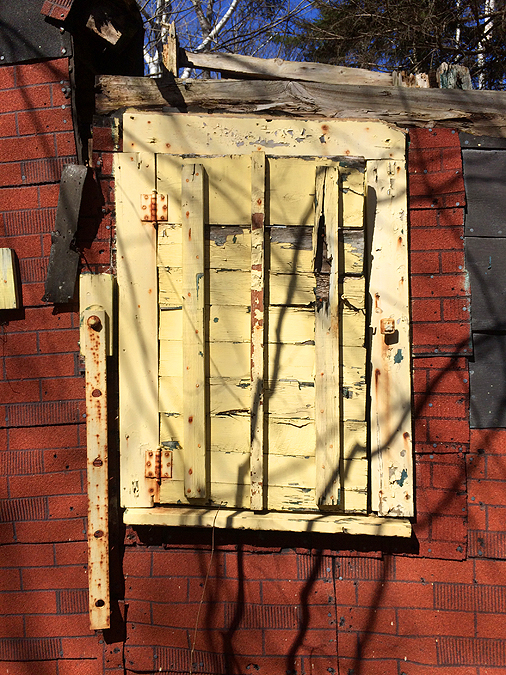 This was pretty cool to see, an old shutter that still worked 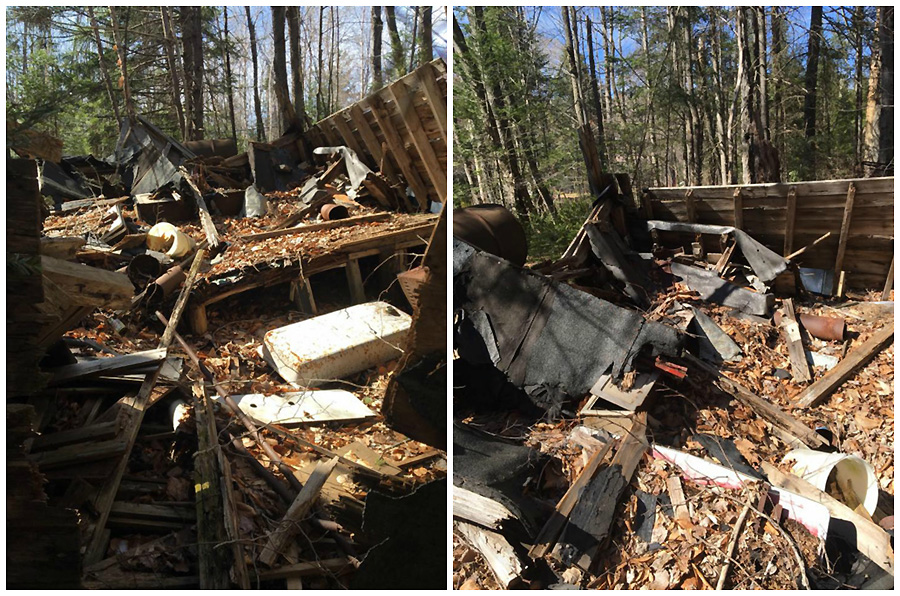 The second camp had completely fallen down on itself 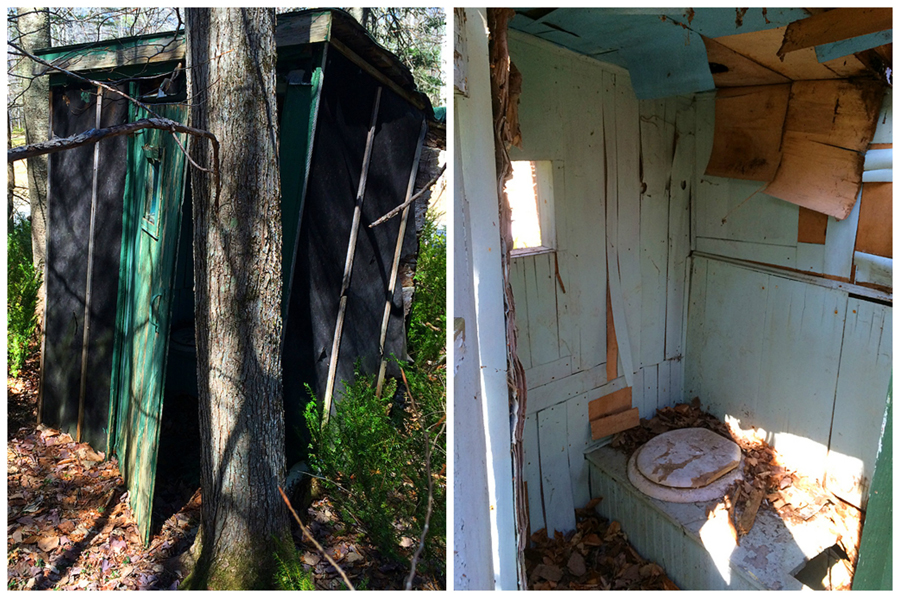 Second up was a well of some sorts that I caught a glimpse of on the side of a hill across from Libby Field about a quarter mile from Main Street in Gorham.  At first we were very confused about its purpose until the ground underneath felt a little crunchy nearby, after brushing away some old leaves we found remnants from what must have been a logging camp that a railroad passed by. 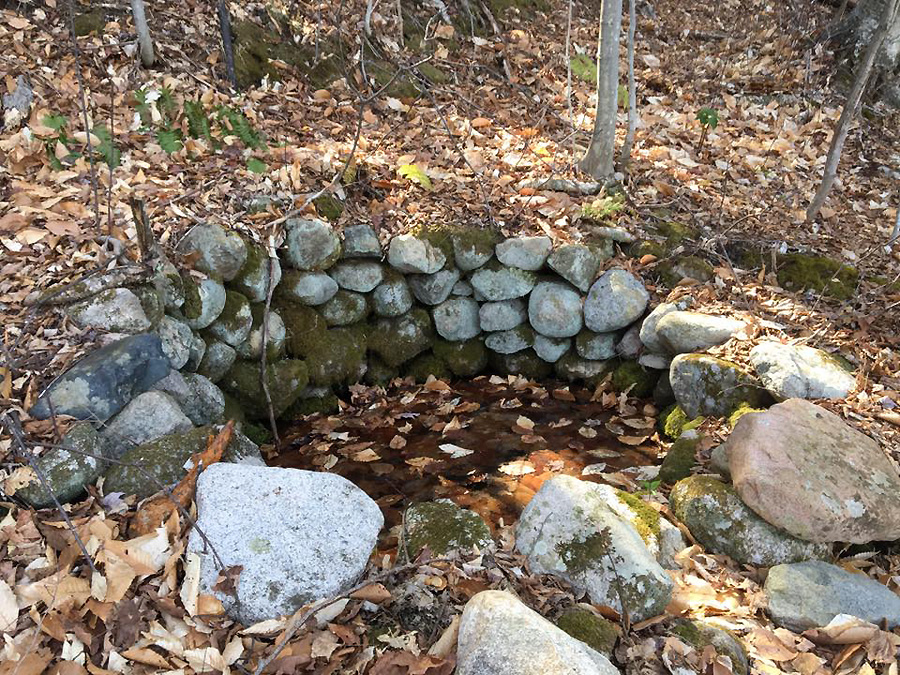 Here is a pic of the well.  A few feet away were some old small relics from a logging camp, none worth taking picture of though

Next up we drove to a small turnoff just past and across the street from the Imp Trail north link trailhead.  Here we stumbled upon and old campground and ranger site with an odd cement structure that actually turned out to be a garbage incinerator for the campground.  A little further in the woods we came out swimming hole called the 'Rangers Pool' along the Peabody River.  In the 1940's and 50's this spot was supposedly pretty popular with campers and locals but now you can barely tell it ever existed. 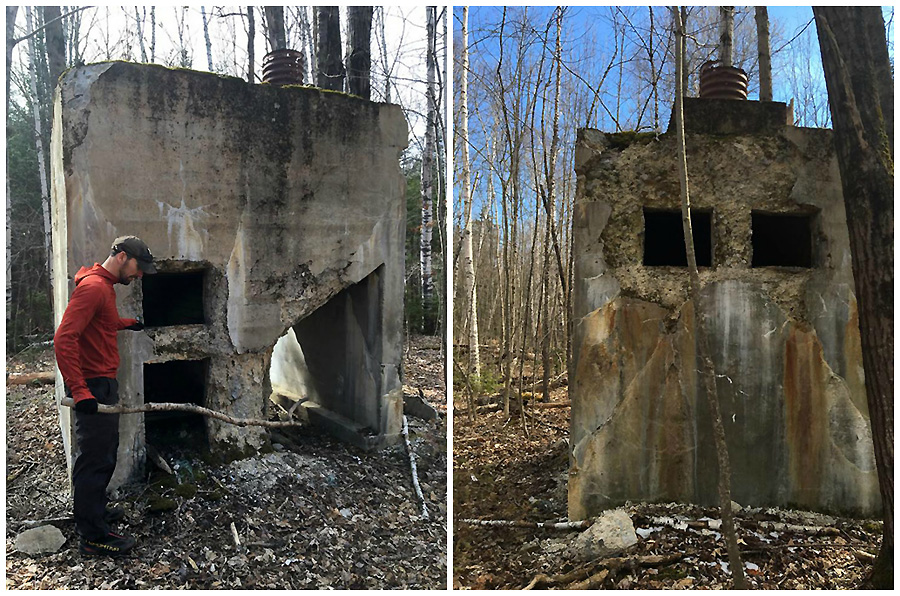 Whitney gets a picture of me checking out the cement incinerator 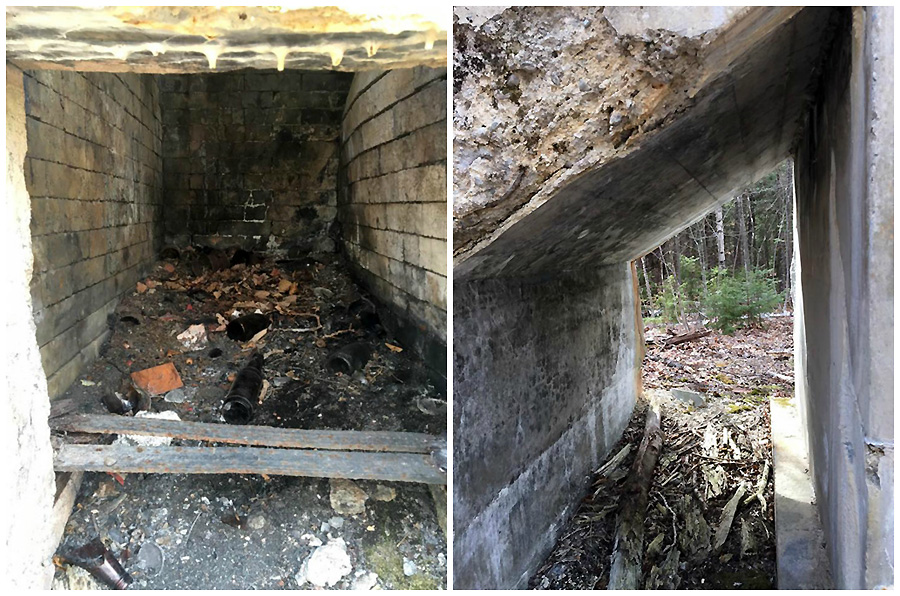 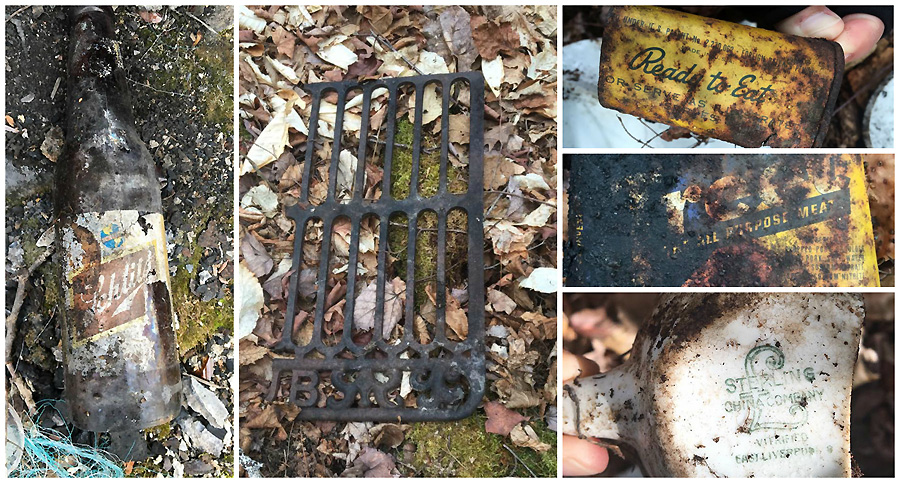 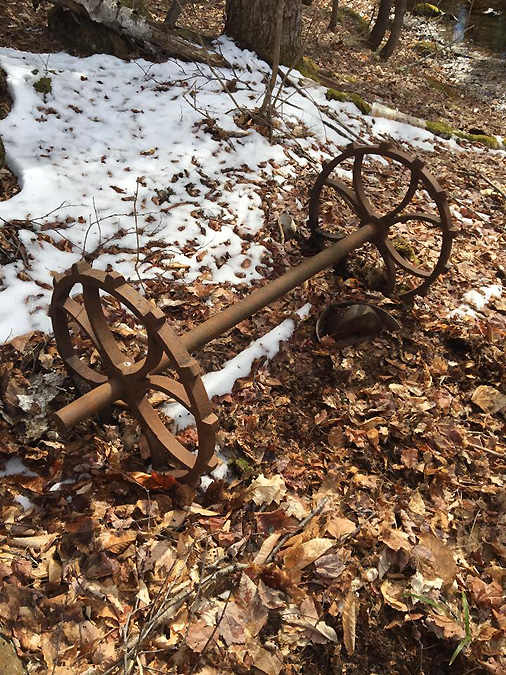 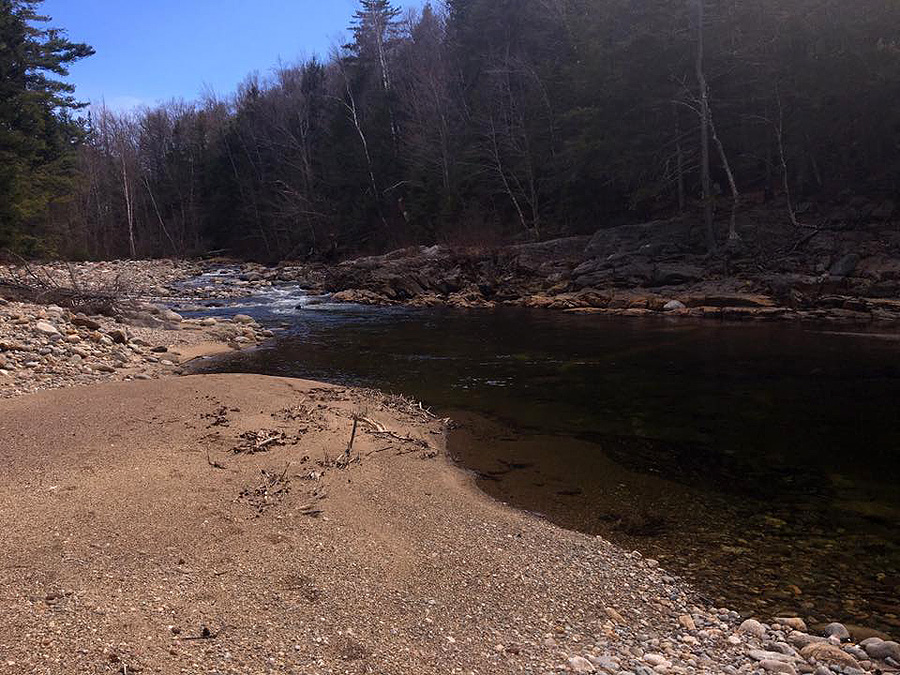 The site of what we are pretty sure was referred to as the Rangers Pool.

Finally we headed south of Pinkham Notch just north of the Rocky Branch trailhead to check out a visible road that headed steeply up a hill on the east side of NH16 above the Glenn Ellis River.  Unfortunately the river was running high and whatever bridge that used to be there was either washed away or taken down.  We're pretty sure it was a road that went to a logging area from the past decade or so. 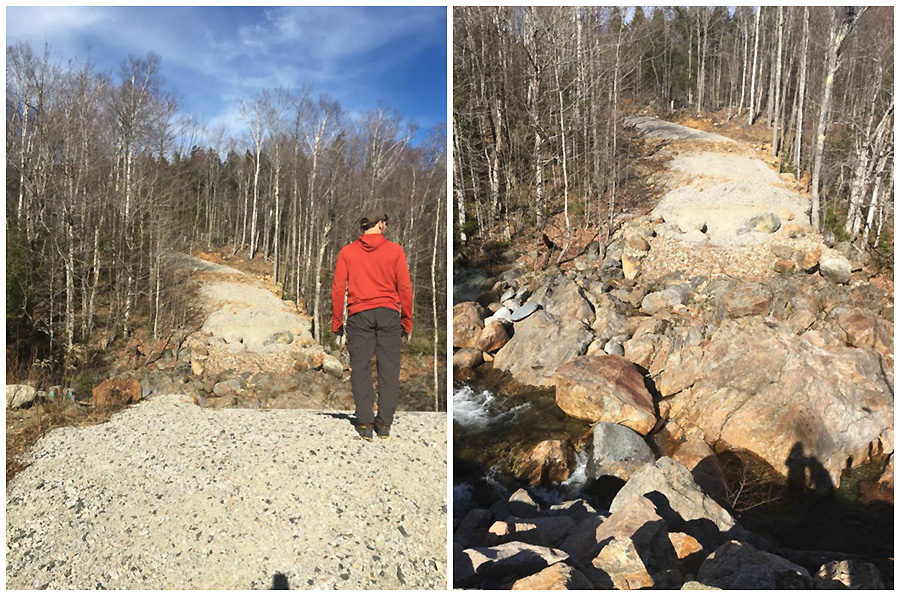 Water was a little high and it was chilly out so we will safe this for a warmer day to cross and explore where the washed out road leads
Posted by Chris Dailey at 12:08 PM