Trip Report:
- Once again I took advantage of one of the mildest November's in the White Mountains that I can remember to head into the Pemigewasset Wilderness and up Owl's Head.  I stuck to the trails for the hike bypassing the more popular routes for this time of year (Black Pond and Brutus bushwhacks).
- The two big water crossings on the Lincoln Brook Trail were running very low but there was ice on the rocks that barely stuck out of the water.  The bigger rocks were free of ice so I carefully used those to make it across the first crossing, my long stride and balance came in handy here, if not I would have plunged in!  The second big crossing was much easier to navigate without having to puzzle together a point of attack.  The other water crossings that are small to mid sized were really easy to hop across.
- After eight miles I made it to the slide and headed up without issue.  The slide had a few sections of ice that were easily negotiated.  The worst ice was just above the slide in the woods where an ice flow had formed, this was easily bypassed to the left up a herd path.
- Above the Brutus Bushwhack rock there was a dusting of snow to a inch or two up to and along the ridge to the summit cairn.  It was a really quiet hike to and from Owlie as I only saw one person while along the Lincoln and Franconia Brook trails and that was near the wilderness boundary.  As I hiked back out along the Lincoln Woods Trail I saw about a dozen people out enjoying the late morning along the East Branch of the Pemigewasset River. 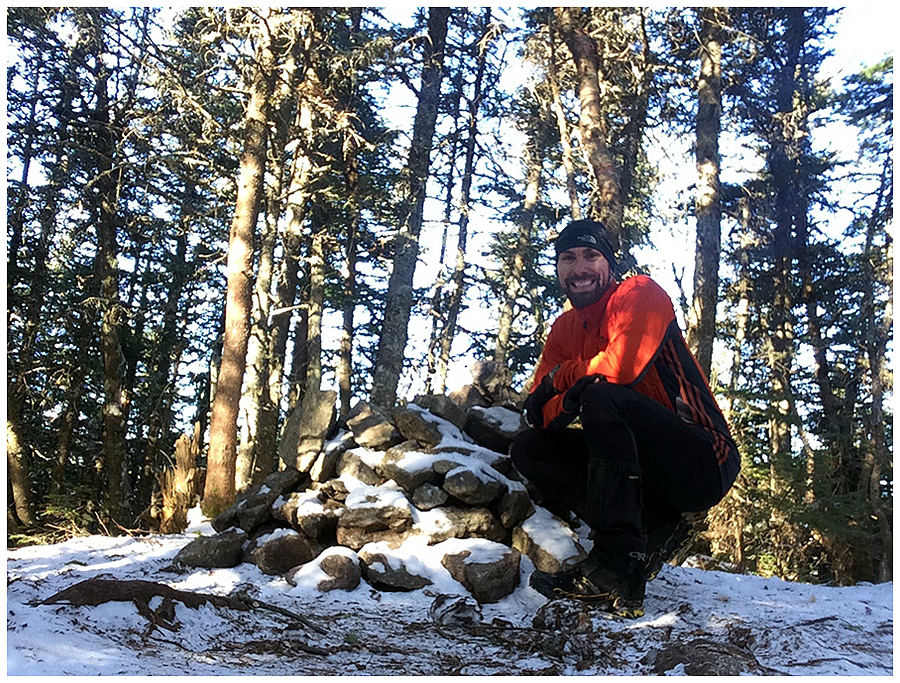 I waited until summiting, so pictures will be from top bottom today.  As you can see I'm growing a beard, it's keeping my face nice and warm on these cool shoulder season hikes 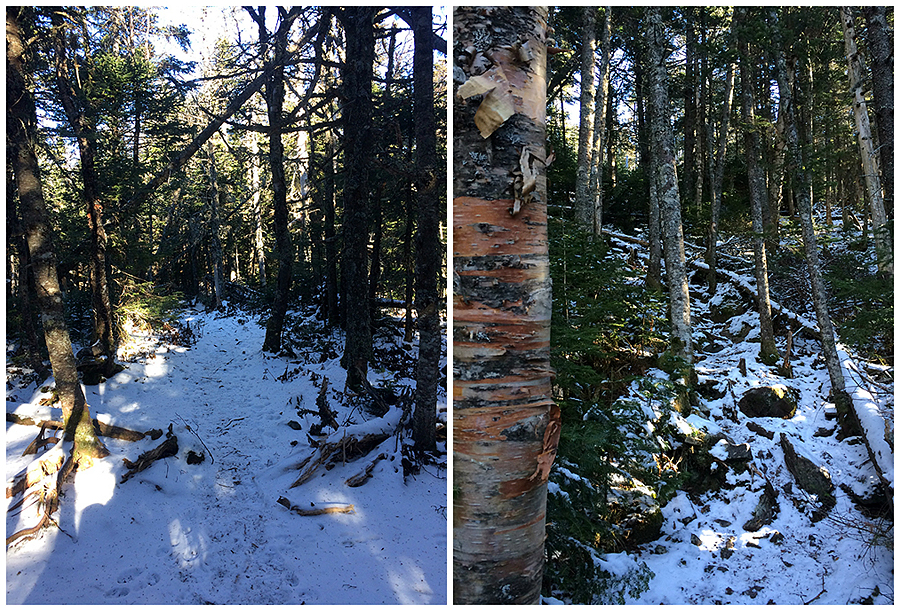 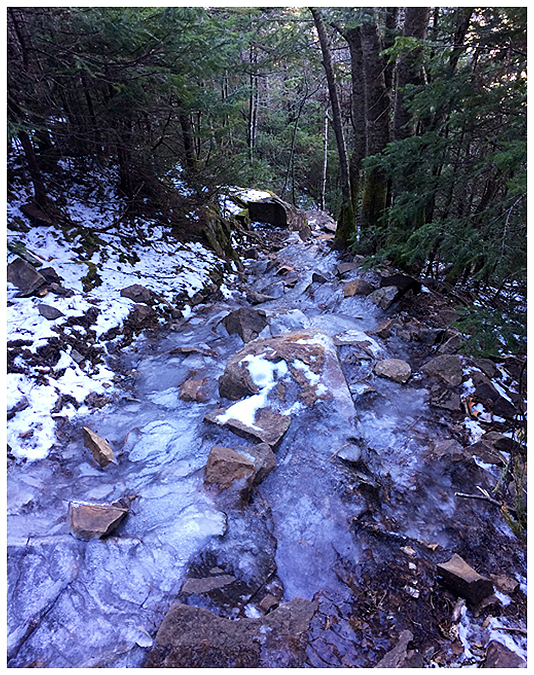 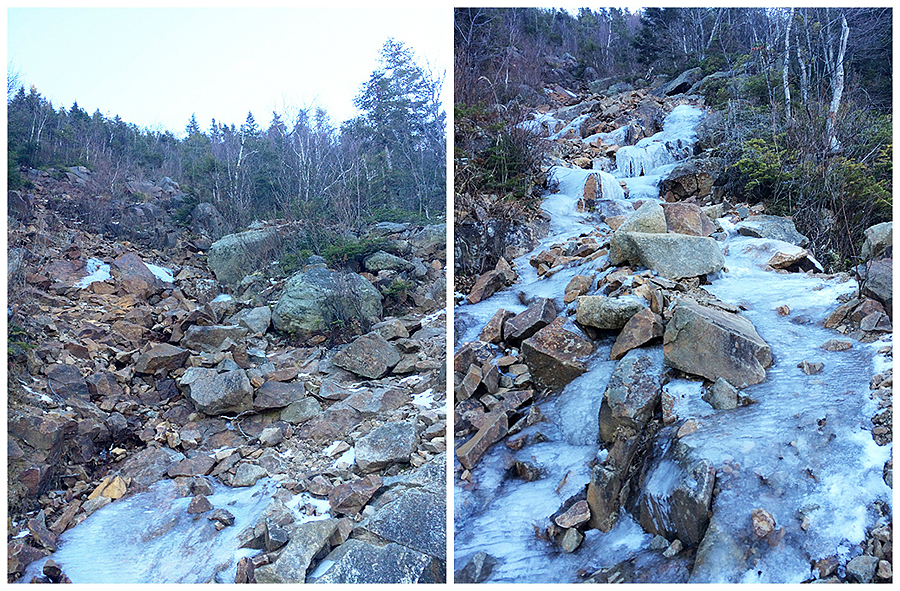 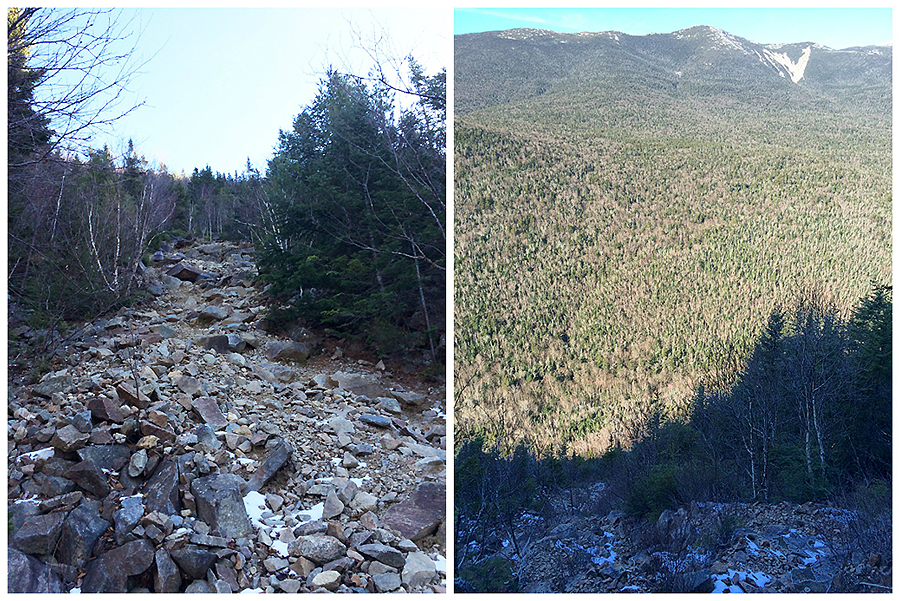 The lower section of the slide is loose gravel and boulders 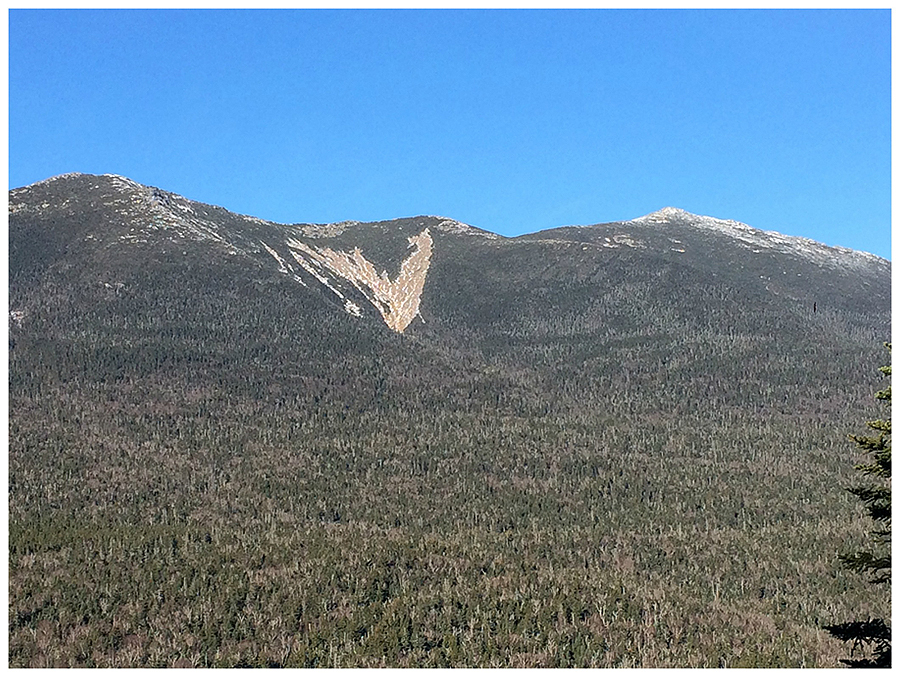 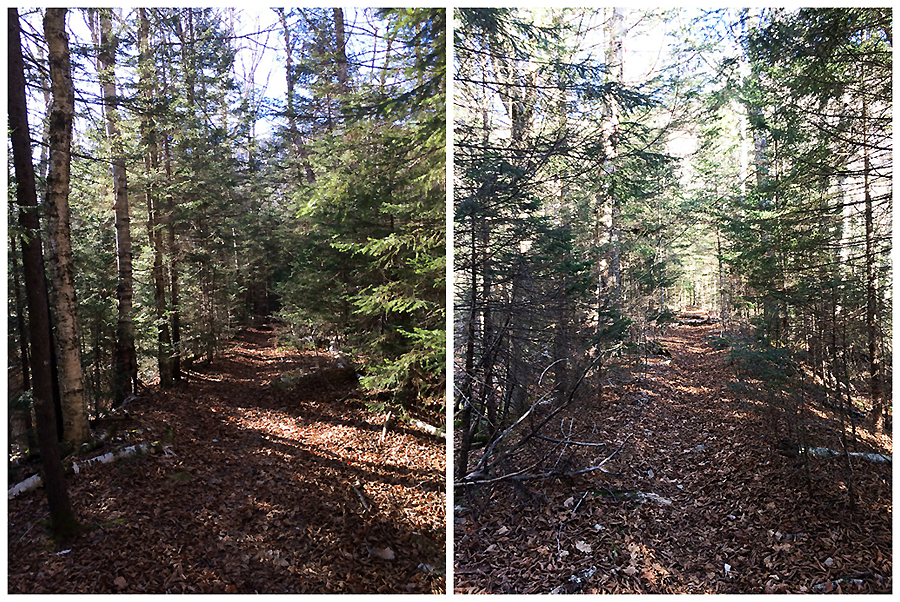 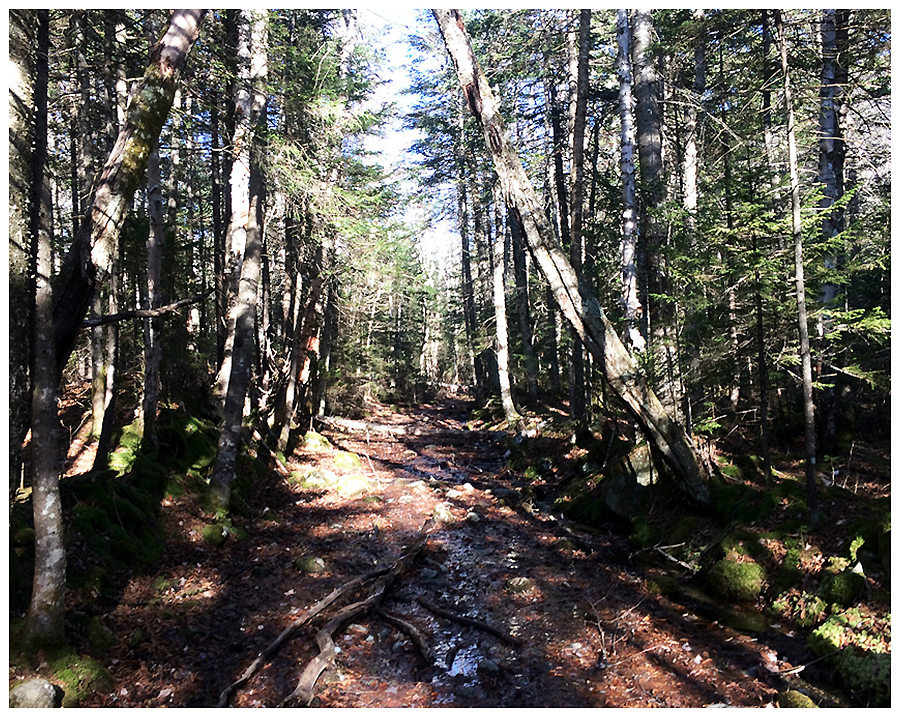 However, there are a few spots that are a muddy mess! 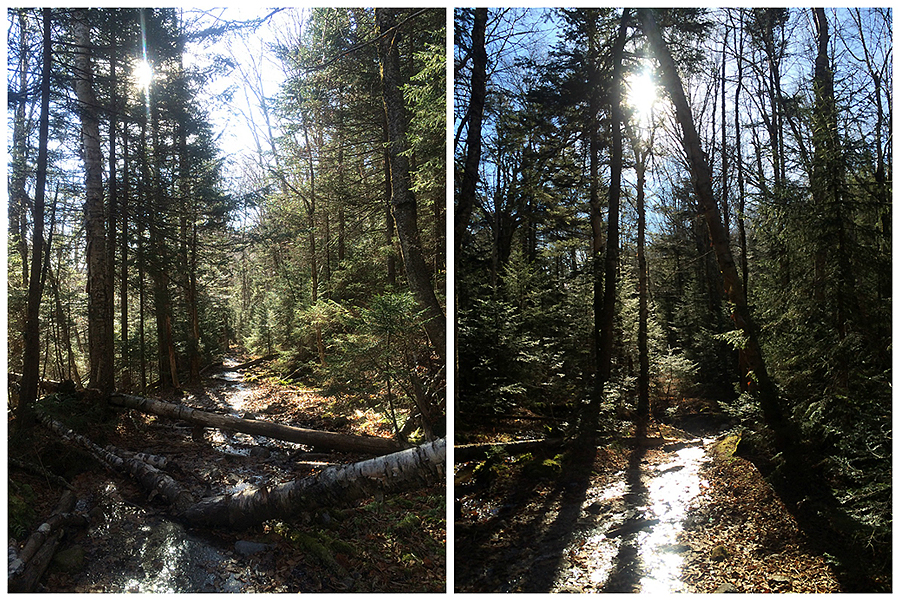 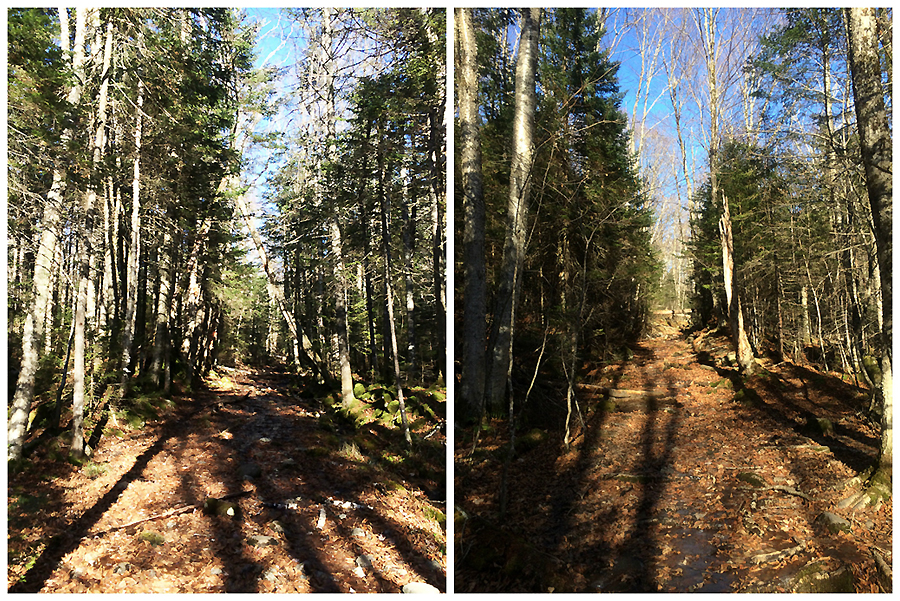 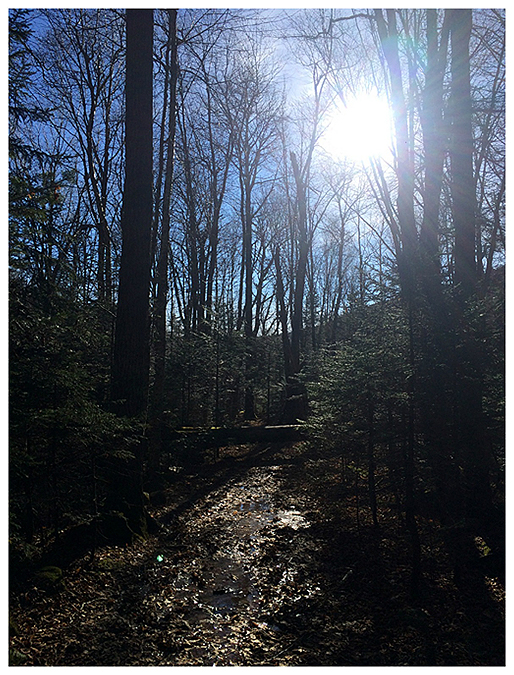 The sun shinning brightly over the Pemi Wilderness 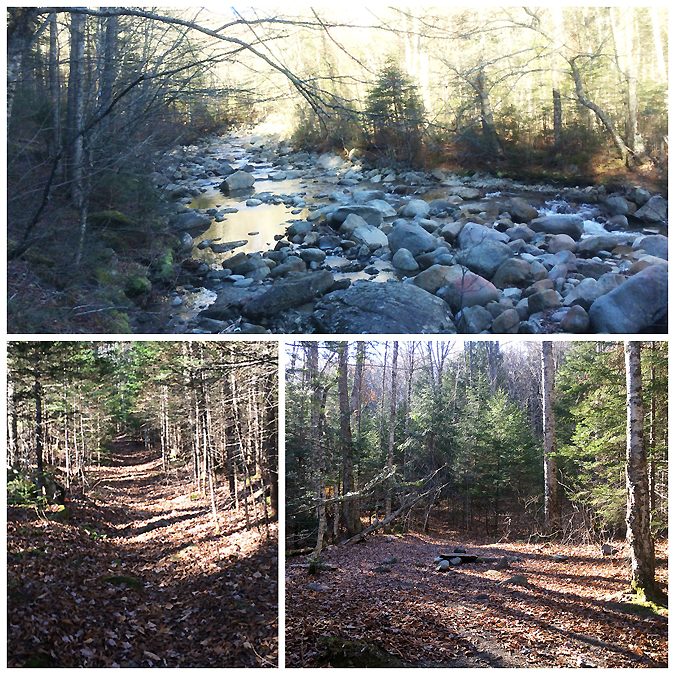 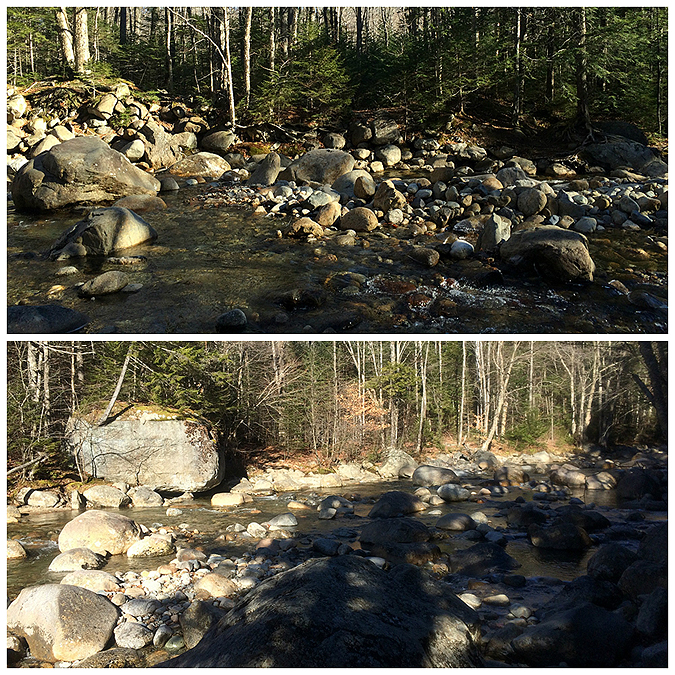 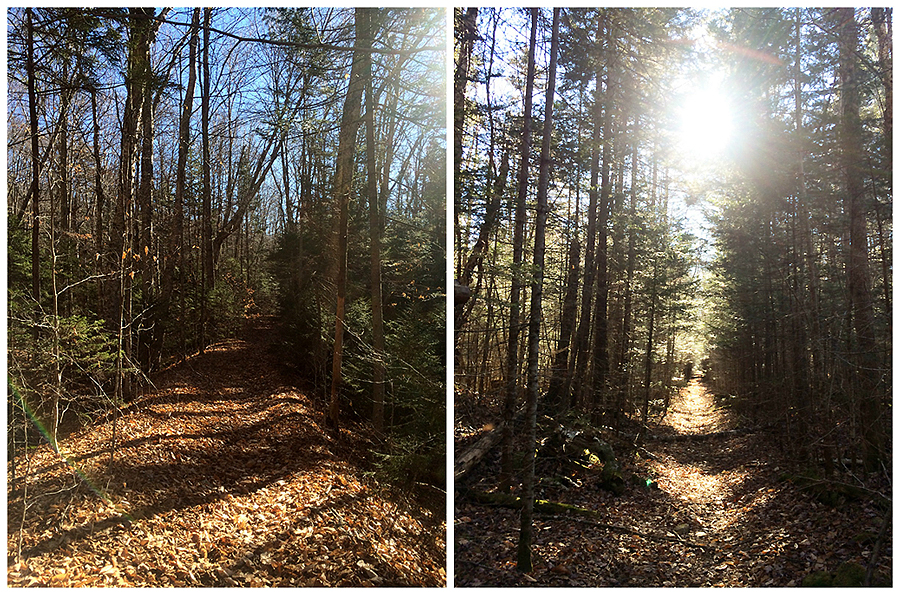 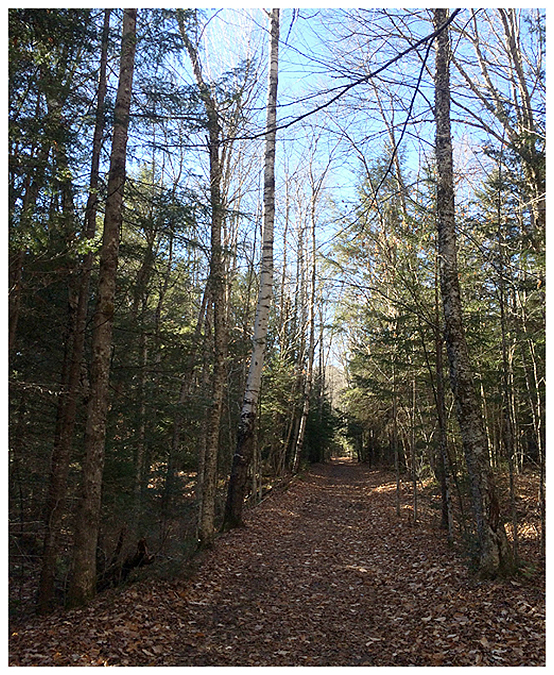 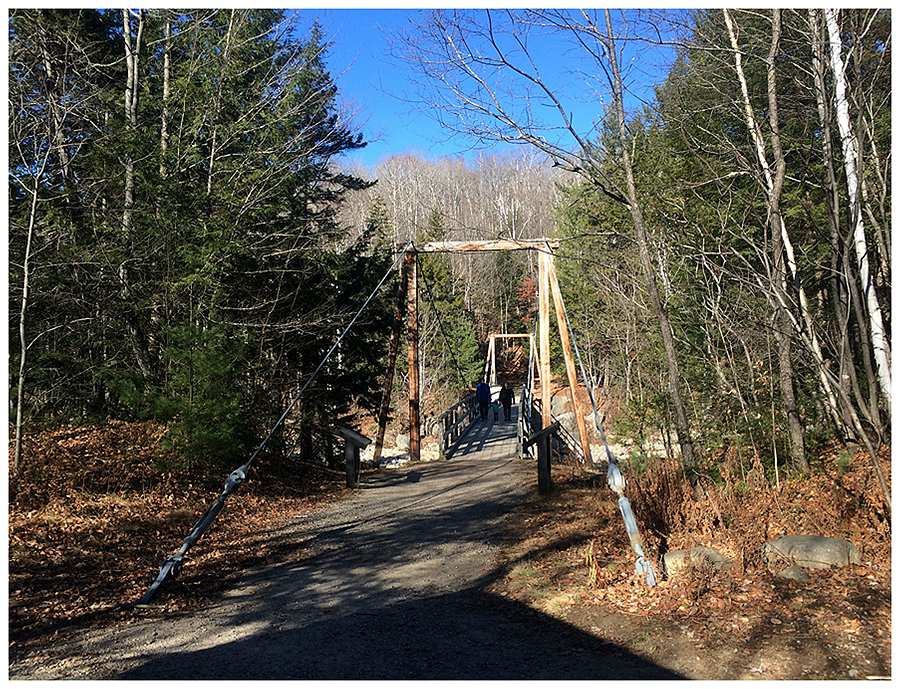 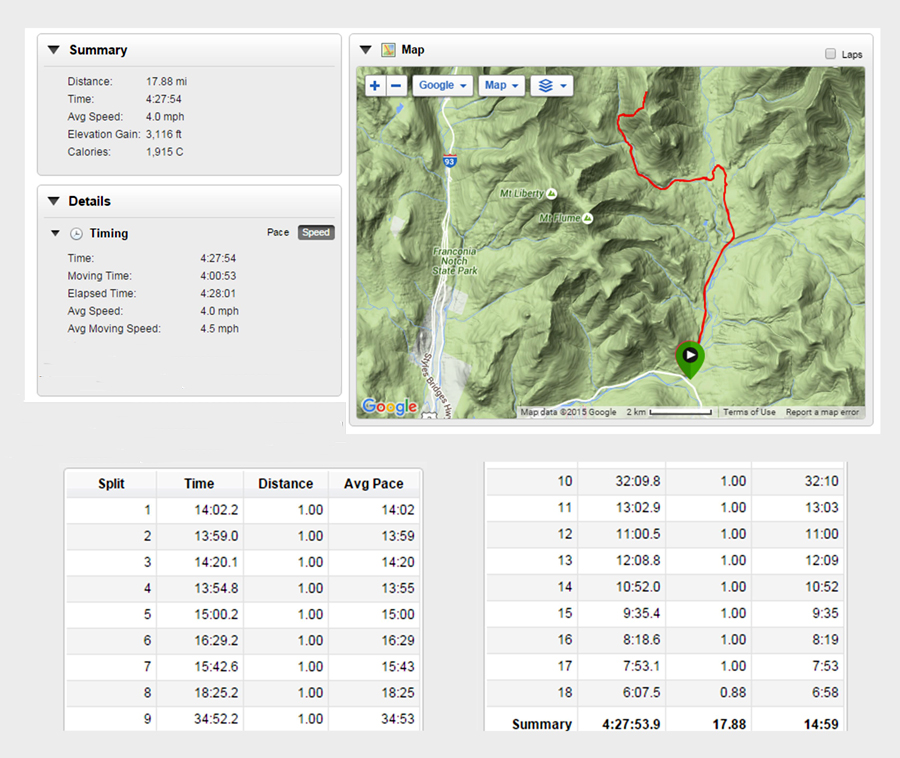