Trip Report:
- Allen Mountain has a reputation of being a long slog over remote old logging and mining roads, lightly used herd paths with confusing twists and turns, and no good views, basically it is the Adirondacks version of.....wait for it....Owl's Head!
- I knew I had to do it at some point and was a confident I'd have no problems bagging it even with the bridge over the "Mighty" Hudson River destroyed, the floating planks of Lake Jimmy submerged and floating auspiciously, and the bridge over the Opalescent River no longer there.  However a couple of days before the hike I was given advice that it would take me over 13 hours, I would need water shoes, a compass, and the trails are difficult at best to follow which lead to a minor freak out!  However I then remembered I had hiked every "trailess peak" in the ADK High Peaks so far with no issues and have bushwhacked up trails in the White Mountains that have been abandoned for over forty years, so I calmed down, sucked it up, and was on the trail at first light.
- On trail at 6:40am, summit 10:40am, finished 2:40pm, temps in the 50's rising fast to the 70's, clear skies, decent views along the logging roads, excellent views from the summit downlooks.
- Within the first minute I had to cross the Hudson River, the water was just over ankle deep and felt refreshing. I knew it was going to be a very warm day and that I'd be soaked from mud later on so I kept on my trail runners and just walked in the shallow water.
- Next up was the crossing of Lake Jimmy, the best way to describe this water crossing is a floating bridge where the wooden planks at both shores are submerged in the water and move around when you step on them, pretty intense but luckily the wooden planks in the middle of the lake are firm and not moving around, once again the water felt refreshing.
- The first five miles of this hike is on an official trail, the East River Trail, it was easy to follow with yellow trail marker discs here and there and everytime you came to a turn there was an arrow or a cairn easily spotted, no problems at all.  The 5.1 miles is mostly over old logging/mining roads, it's pretty cool and mostly flat with a view of Allen Mountain off in the distance at times.
- The crossing of the Opalescent River was a non issue as well as I just rocked hopped near the location of the old bridge.
- I finally made the turn onto the Allen Herd path, marked with a huge wooden home-made sign nailed into a tree and was surprised to find the trail was now marked with home-made yellow discs until reaching an area of beaver ponds where I ran into Steven and Maria.  I was initially going to hike with Maria from the start but could not meet up with her early enough.
- From here the three of us hiked together until we started the steep ascent up Allen Brook and over the slides before gaining the ridge.  My favorite part was this section as it is slick with red and green slime up Allen Brook and the slide.  The best part is where you have to cross the slide before heading back into the woods, it was steep, slippery, and fun!
- The last section is a steep climb in the woods until you gain the ridge, just like above Owl's Head Slide in the White Mountains. Once gaining the ridge I headed left and reached the summit where there were awesome downlooks with pretty killer views over to the back of the Central High and the Eastern High Peaks.
- I took a long break on the summit and chatted about hiking with Steve before heading back down where I ran into Maria making her way to the summit, then a guy with his dog, and about a dozen other people all taking advantage of a great day to be out in the middle of nowhere!
- The hike back out went quickly as usual, I took a gnarly fall on the steep descent and got scrapped up but loved every second of cautiously scurrying down the Allen Brook / Slide.
- I was happy I got on the trail at first light because it was getting very warm later in the day and the sun was strong as I hiked along the old logging roads.  The water crossings were once again very refreshing and when I reached the "Mighty" Hudson, I took off my pack and walked around the river until I found a section deep enough where I could go right and float around and cool off before heading back to the car. 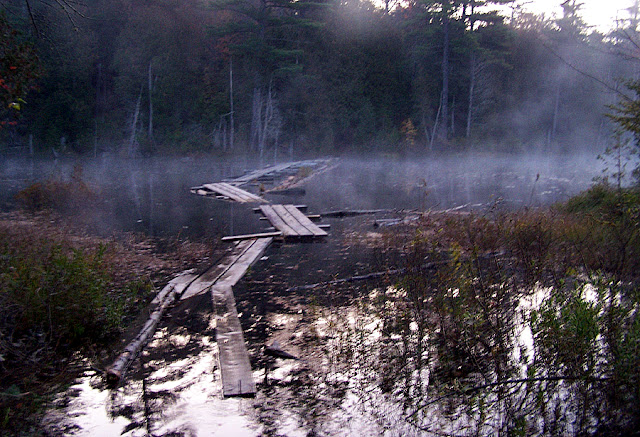 "Walking the Planks" across Lake Jimmy 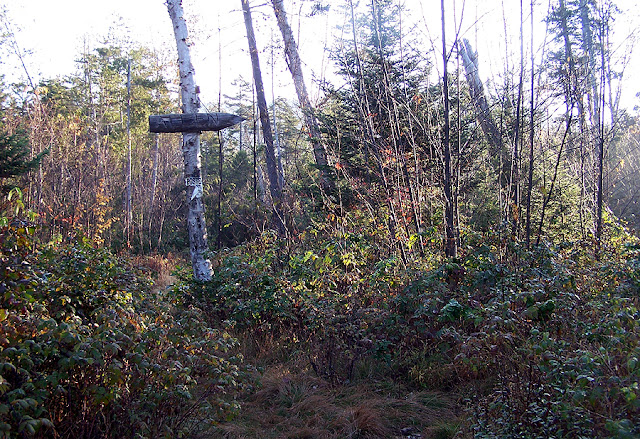 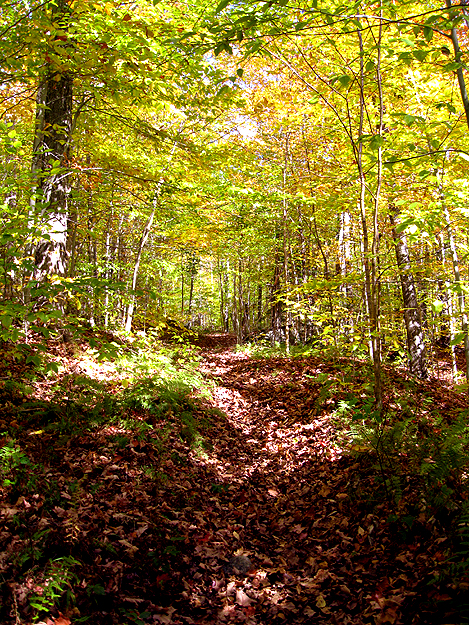 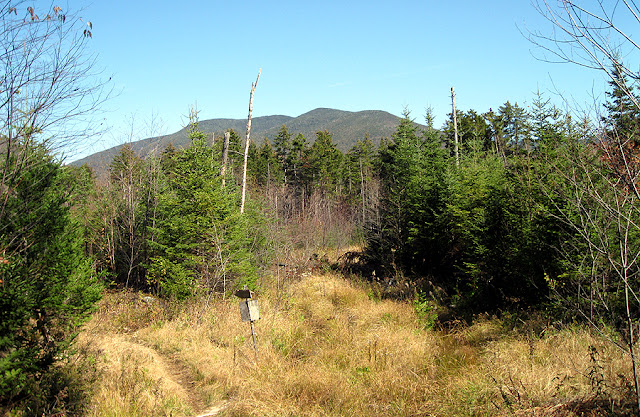 East River Trail with Allen Mountain in the background 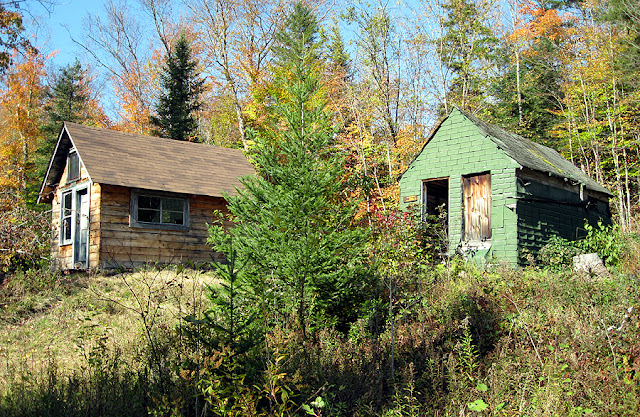 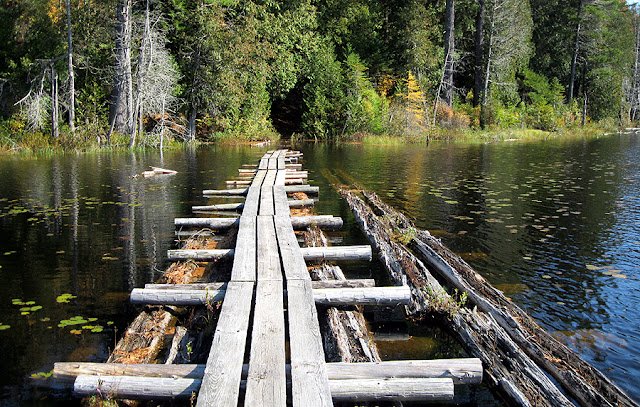