Trip Report:
- My new adventure this year is to try and hike the Adirondack High Peaks, known as the ADK 46-R. Previously I had hiked Mount Marcy in 1991 but haven't been back since so I'm starting from scratch.
- After patiently waiting for the snow to melt and the rain to stop I decided to head up for a week long adventure exploring New York's finest mountain range.
- On trail at 7:30am, Nye 9:15am, Street 9:45am, finished 11:15am.  Temps were raw in low 50's and falling, misty with no views.
- I was hoping that Thursday morning the weather would hold off just long enough for me to get some views during my hike but unfortunately as I got closer to the High Peaks the clouds came rolling in and I'd have to decide which mountains to hike that lack views while on the trail.
- I chose to hike Nye and Street Mountain, which do not have officially maintained trails but do have a well defined herd path.
- For an unofficial trail it was easy to follow although the footing was very rugged and rough.  The first couple of miles is basically flat as you descend slightly to Indian Pass Brook then slightly ascend near the brook until leaving the brook and moderately gaining elevation to a ridge between Nye and Street.
- The brook crossing was running a little high so I had to take my boots off, roll up my pants and walk across.  The water came up to my shins and was pretty cold but felt very refreshing!
- There wasn't anything to exciting about this hike, there were lots of small annoying blow-downs to deal with heading up to each summit from the junction on the ridge marked by a cairn.
- Nye has a small plastic disk at it's summit and Street has an old small wooden sign high up in a tree at it's summit.  I took some pics of myself and booked it back down the mountain never running into another person the whole hike.
- It wasn't a thrilling hike but it's on the list and it was a good hike for a crummy weather day.  It reminded me of hiking the Hancocks in the White Mountains minus the steep sections. 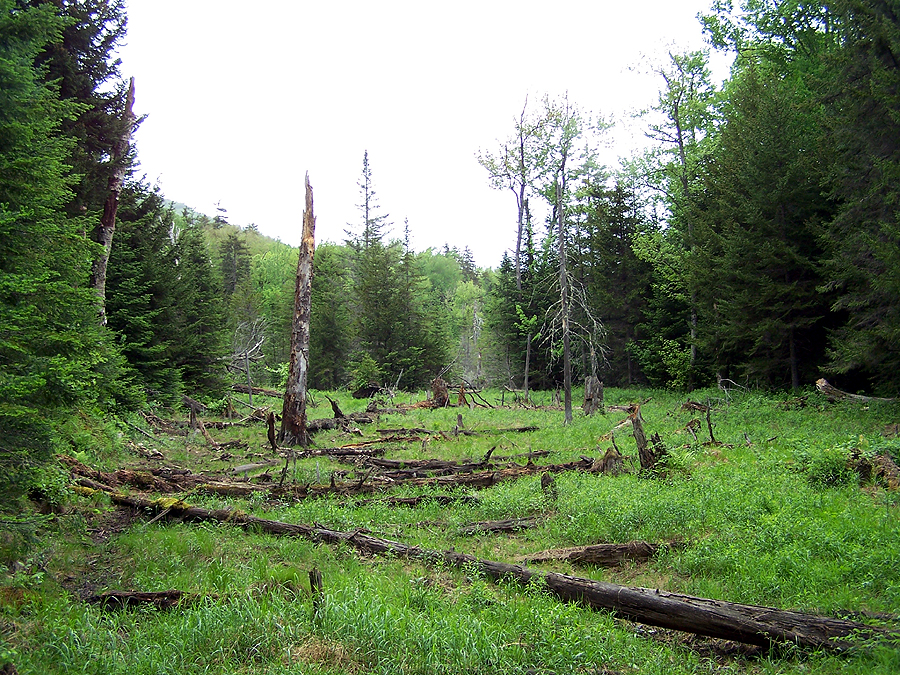 Clearing after the crossing of Indian Pass Brook 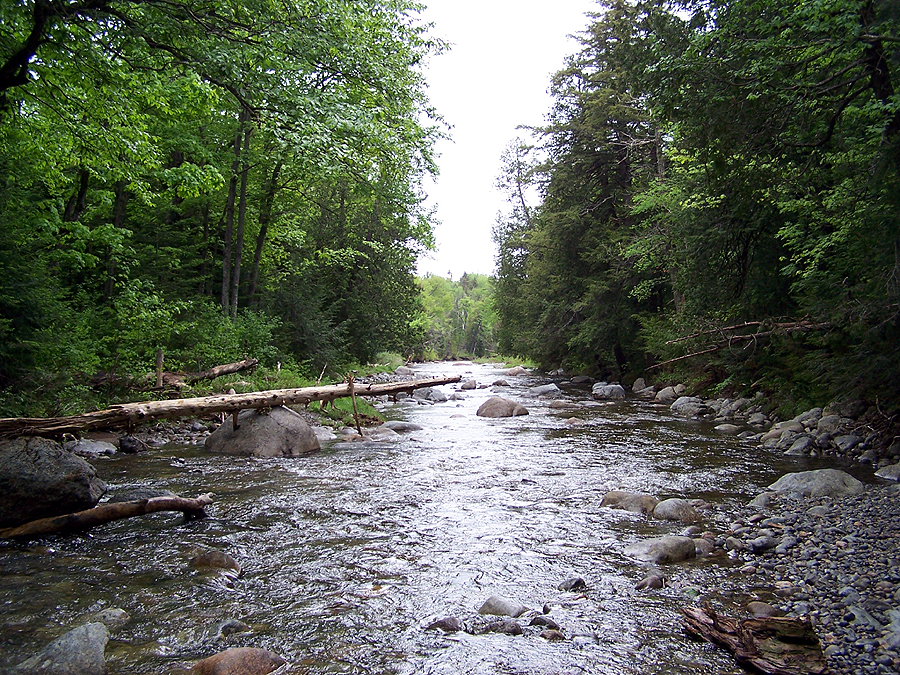 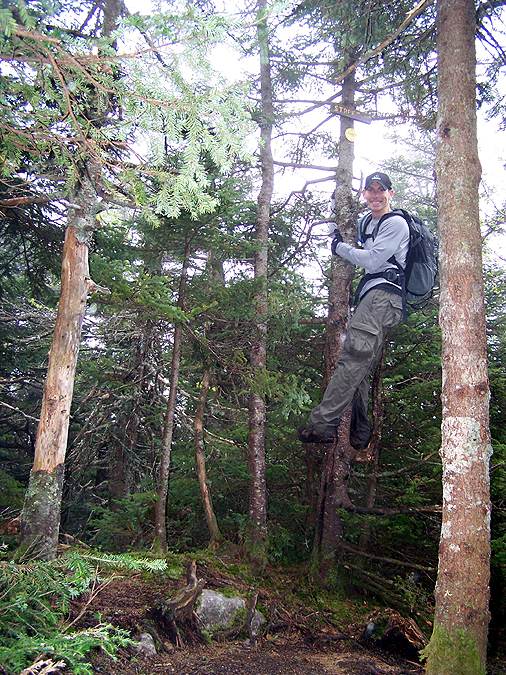 ﻿Hanging Out on Street Mountain
Posted by Chris Dailey at 7:31 PM